ZooMed’s AquaEffects is an interesting line of aquarium LED lights with built-in sound effects, and now they’ve made it in a new form factor. The AquaEffects Nano LED takes the concept of the strip lights and concentrates the power and features into a small spotlight.

Having five or fifteen watts spread out across two to three feet is enough to almost see some fish and grow some low light plants. However the AquaEffects Nano LED (w/ sound) has 8 watts of power spread across the small spotlit area the 41 diodes produce a combined 335 lumens of brightness.

Sound effects are fun, especially in small concept aquariums but we can really see the AquaEffects Nano LED shine for vivarium and small mangrove sprouting nurseries where the sound of the waves and water will add to the motif. For around $80 you get not only the light and the sound, but also a range of programmable settings, color control and a 24 hour light timer. [ZooMed] 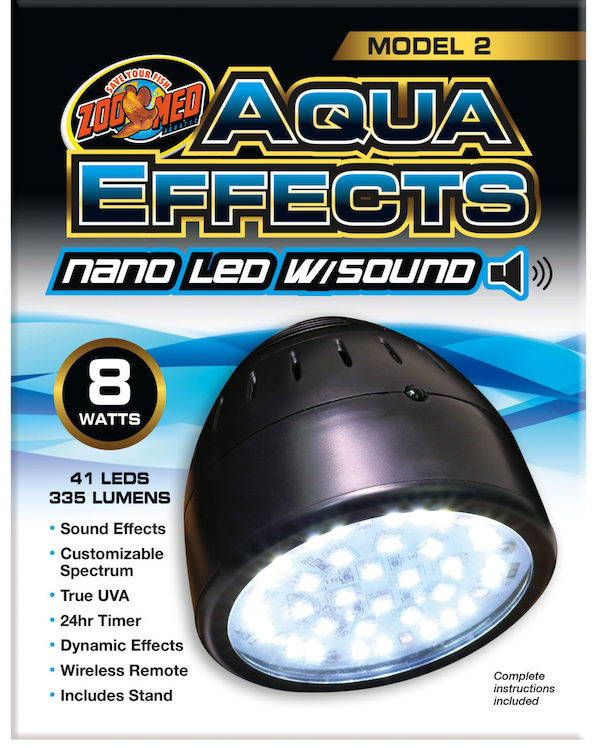