Back at the end of 2019, yes back when we could fly around the world to tiny islands in a matter of days, we had the pleasure of visiting Pom Pom island in Borneo Malaysia. Pom Pom is home to TRACC (Tropical Research and Conservation Center) and over the years they have been working on ambitious coral restoration projects around the island.

In fact back in 2015 when I started working for Reef Builders, I wrote about TRACC so it was even more exciting when I had the chance to visit last year. Pom Pom is a small island in the Celebes Sea located just 30km northeast of Semporna east Sabah Borneo. 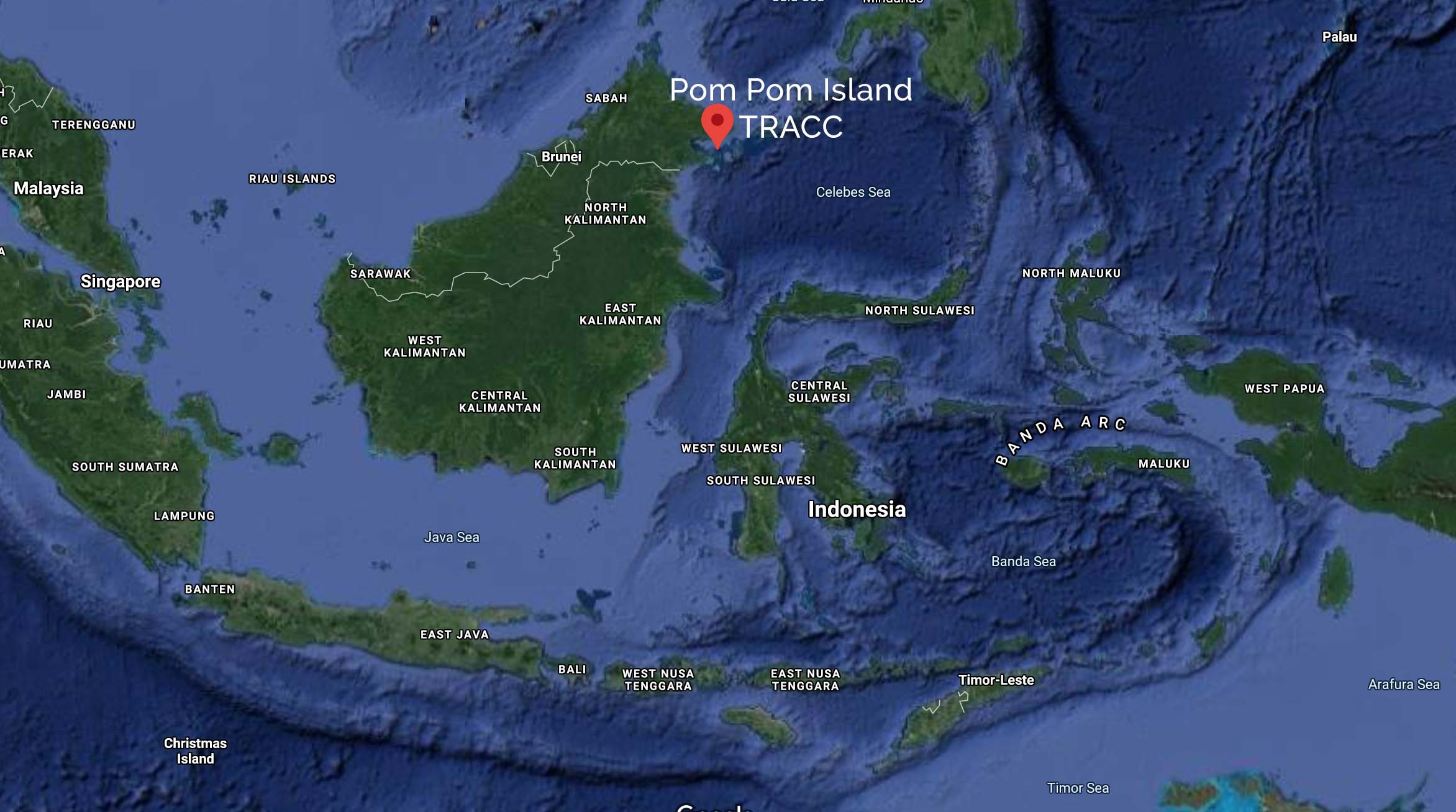 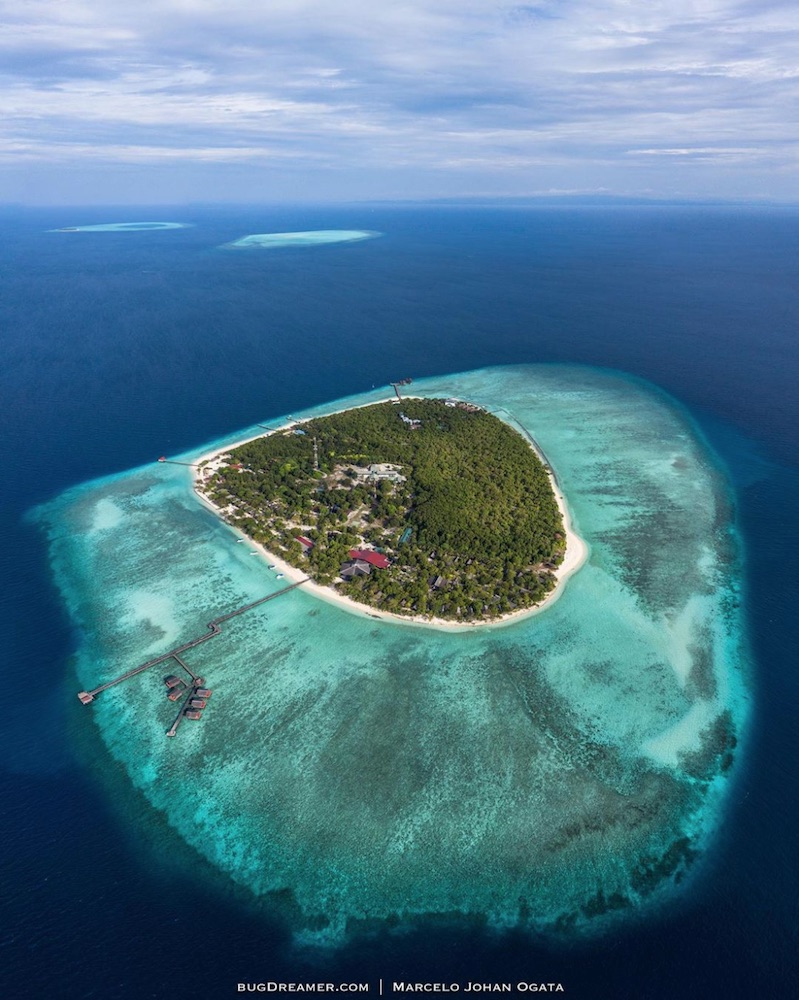 Before TRACC ongoing fishing pressure including the use of dynamite fishing, and other destructive methods severely damaged the reefs around Pom Pom. And, not only did it damage living corals the destructive methods also compromised the barrier reef structure leading to a negative feedback loop of erosion and further habitat decline.

The reef around Pom Pom is 50–75 meters wide to the west and several hundred meters wide around most of the island. Pom Pom is being severely eroded from the northeast side and TRACC volunteers and marine biologists have been diligently planting corals and innovating new techniques for stabilizing the unconsolidated slope.

Their first technique, and one we wrote about in 2015, was a bottle reef. This reef is located in the shallow flats around the north tip of the island. When visiting this area now you need a keen eye to pick out the bottles, which are mostly filled in with coral.

This method was used as a substrate to plant rescued coral fragments from the reefs damaged by dynamite fishing. The bottle reef we see today is a reflection of this success.

After a while, they noticed these bottle blocks were still moving down the reef slope, and not working to stabilize the reef. The small blocks made them easy to deploy around the island, but they were also light enough to be tossed around during storms and swell.

Since the creation of this initial bottle reef, TRACC has evolved their methods, and over the course of 6 years, has planted over 75,000 coral fragments using two methods, Step Reef and ARC reef. These unique methods have drastically improved the destroyed reefs of Pom Pom Island, and researches on the island have seen an increase in fish and corals, including new fish species to the area.

While their original method started with segments of bottle blocks, experiments led to them flipping the bottles upside down and organizing them into a stabilized step reef. For this method, massive and branching coral species were fixed to the flat cement bases. 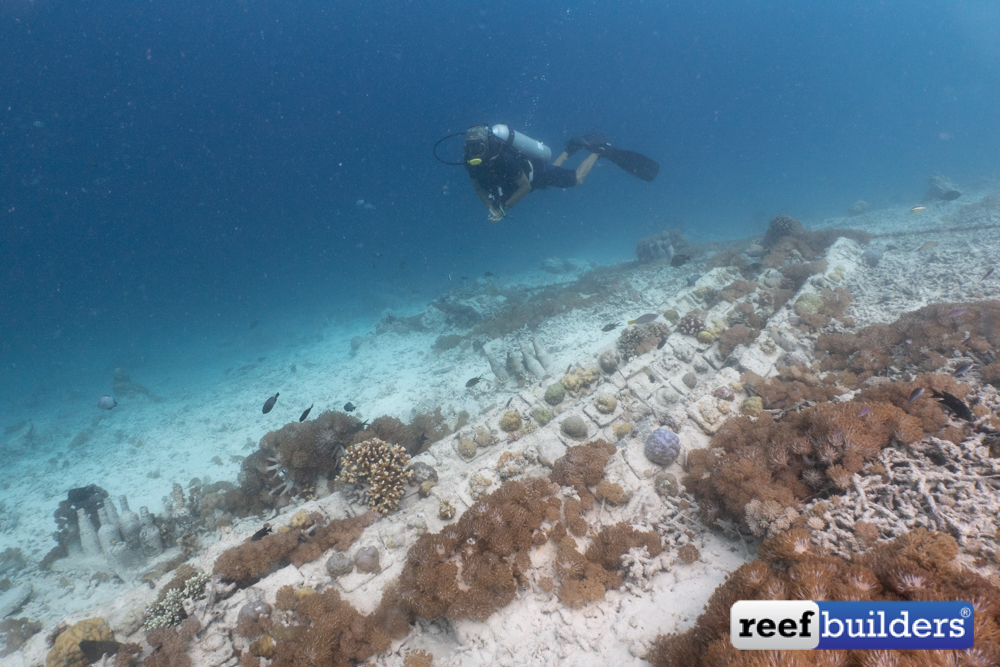 “On Pom Pom island we have a constantly mobile substrate which has shown no natural improvement. This is due to the angle of the slope as on the north tip of the island, where the slope is less steep, natural rubble consolidation has already occurred and corals now prosper.”

“For these reasons, we have been designing and redesigning the step reef for the last 4 years. Our current solution utilizes the growth of corals colonies to increases the strength of the artificial reef over time. In addition, the design allows for complex 3D structures and rubble consolidation to take place beneath the structure.” [TRACC]

While they found success in the Step Reef, TRACC didn’t stop there. Their next phase was to build an even stronger foundation for their coral fragments, further fortifying the reef crest, this led to the development of the ARC reef.

ARC reefs are a brand new artificial reef design, ARC stands for Artificial Reef Crest. The ARC reef’s unique shape is designed to restore the coral formation by giving a new substratum for rescued coral fragments, reduce the rubble movements that can fall from the crest on other deeper corals and to ensure ecological functionality is restored in minimal time.

The ARC reef uses cement blocks, small enough for two divers to deploy, and while building the structures the top of the blocks is given one of two finishing methods. Either there are rectangular depressions or small finger-sized divots, these finishings are designed as a quick and easy way to plant corals.

On land, volunteers and biologists, prepare cement biscuits and as the cement is drying, they set coral fragments in the mix. This makes the coral fragments super easy to deploy and slot into place on the ARC reef. 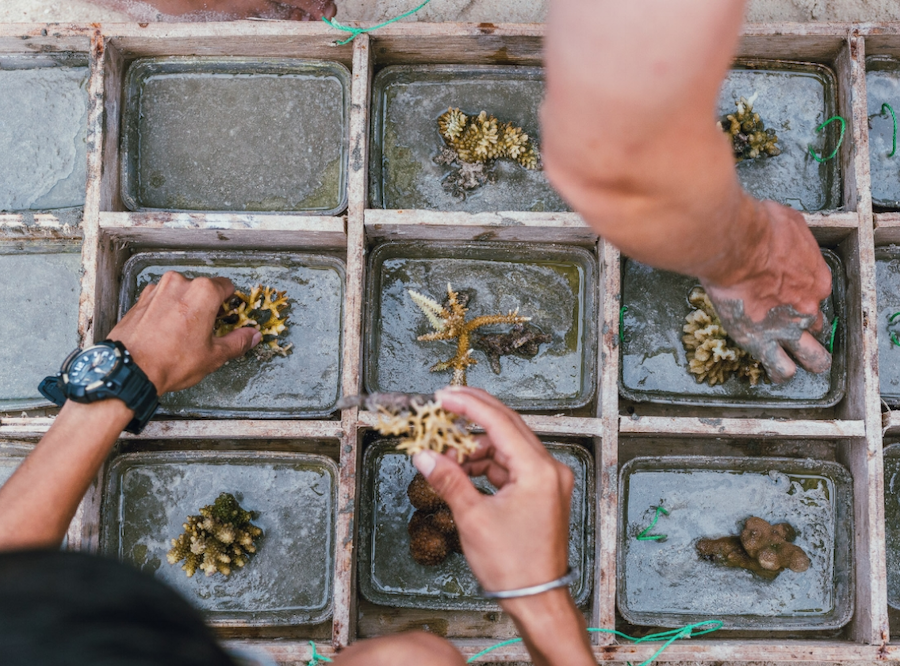 In an effort to reduce coral loss from the natural reef, TRACC uses various nursery techniques to farm coral fragments. On various structures, they farm mostly Acropora and hardy Pocillopora species, however, they recently started growing massive Porites colonies that they can use in future restoration projects.

The Step and especially the ARC reef methods, in combination with farming, cleanups, and monitoring schedules at TRACC have proven successful in slowing down the progression of slope erosion. And while each coral restoration project around the world has its own unique requirements, the ARC method is an easy cost-effective way to stabilize rubble slopes and build artificial reef crests.

Check out TRACC to learn more.

We'll Never Forget the Legend that is Dr. Jack Randall