Palythoa grandis, also known as the Sun Polyp (not to be confused with sun coral), is a distinctive species of very large zoanthids which we have cherished for years. These unmistakable zoanthids are the largest species of Palythoa by a wide margin with the diameter of a large polyp growing up to over two inches in diameter.

Sun polyps are the largest photosynthetic zoanthids and only non-photosynthetic zoanthids like Sphenopus and other deepwater species grow larger. What we love about Palythoa grandis is that not only are they large and showy, but they have a lot more variability than most people give them credit for, but most importantly they are comparatively slow growing.

You wouldn’t usually think of slow growth as a positive trait in aquarium corals but when it comes to fast growing, tenacious and very toxic common Palythoa zoanthids, the fact that Sun Polyps won’t take over your tank and grow over other corals is certainly appreciated in an aquarium setting. Sun polyps still grow appreciably fast so they are still very fun to keep and propagate but compared to other zoanthids you won’t be growing a colony of these within a few months.

It’s precisely their slower growth which keeps Palythoa grandis novel in the aquarium hobby and the different strains still somewhat elusive and fun to hunt for at the LFS or aquarium shows. We have a respectable collection of various sun polyps that we’ve been building for the better part of 15 years, most of which were started from just one or two starter polyps and are finally large enough for us to contemplate propagating them into more pieces. 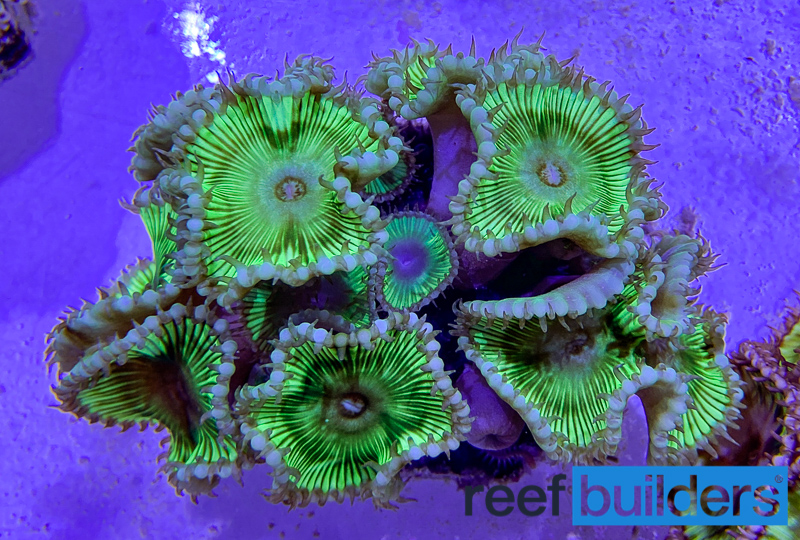 These diverse Palythoa grandis colonies have been left completely unchecked for years, moving from tank to tank until they were really able to settle down into their own corner of the Reef Builders Studio where they’ve really blossomed, but it’s time to give them some attention. Due to their very leathery tissue and widely spaced polyps there is a lot of areas for other creatures and growths to take up residence, and we really have to keep an eye on the sponge that tries to grow and almost choke out the base of the polyp stalks. 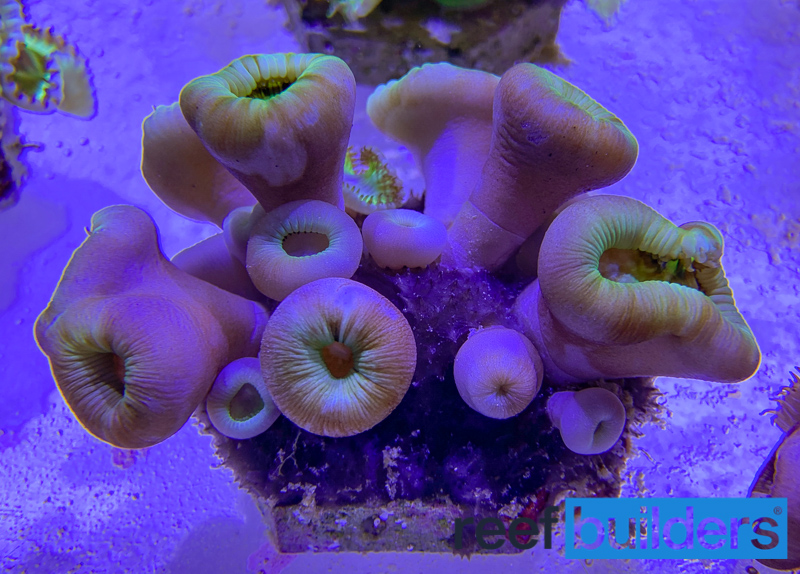 Part of the reason we haven’t messed with these Palythoa grandis is because they grow really densely in our setups but they are also the slimiest and most toxic of all zoanthids, turning into fountains of snot every time we do anything more than a little handling with them. However it’s well beyond time we give this sun polyp collection a little attention and curation, we just need to prep ourselves for a whole biohazard situation with gloves, mask, goggles and we might go as far as using a face shield to prevent any unwanted squirts reaching our eyes and mouth.

As mentioned above we’ve been growing some of these Palythoa grandis from just one or two polyps and for sure we could have grown them a lot faster if we’d target fed them a lot more, and spread them out to reduce how much crowding they are experiencing. This is precisely what we’re preparing to do but before cutting them all up we wanted to thoroughly document these as they are, but we are very excited to have multiples of each strain that we can start spreading around in our various reef tanks. 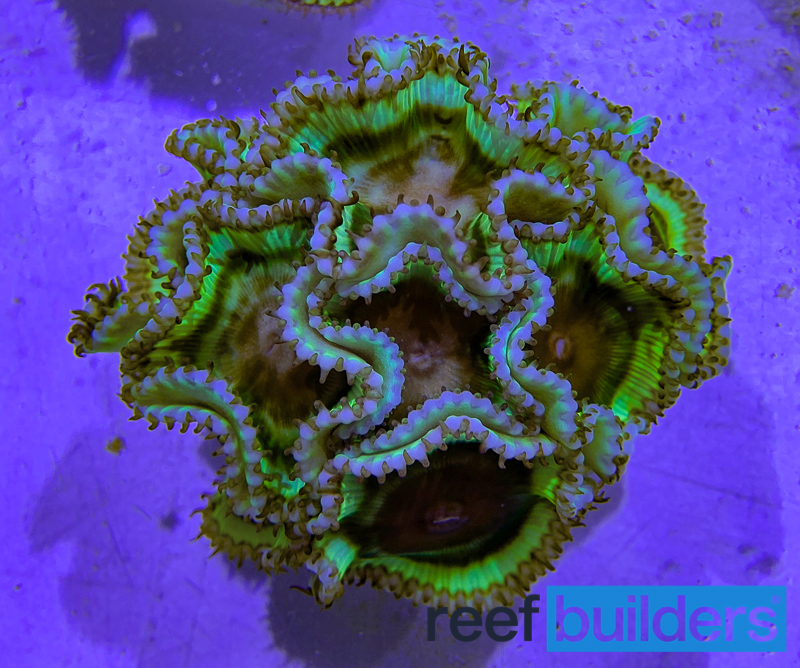