The Tunze Multi Tube Holder is an ingenious take on one of the most useful but often overlooked aquarium accessories, the basic dosing line holder. We’ve seen these simple gadgets developed into dozens of different versions which are usually of two different styles, either a clamp-on to the rim of the aquarium, or a magnet to hold them in place on the aquarium walls, both of which come with their benefits and drawbacks. 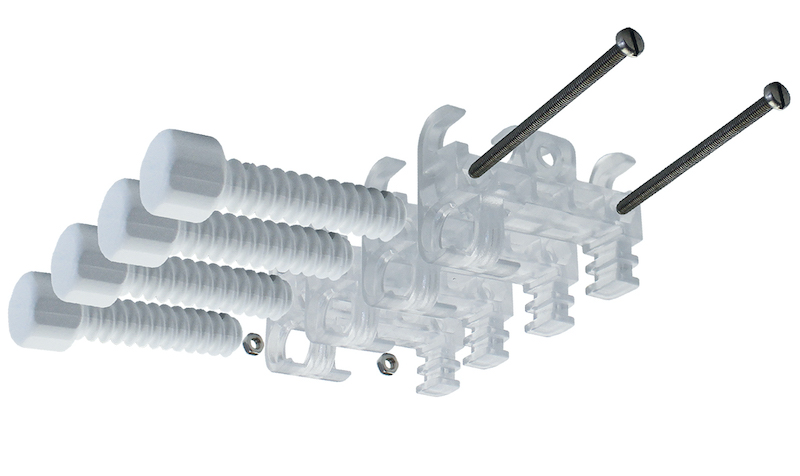 Magnetic dosing line holders are very flexible in their placement and can be positioned closer to the aquarium water to reduce splashing of the dosed chemicals but they also are more expensive due to the magnets. Clamping versions of dosing line holders aren’t as ‘fancy’ but they can be more secure since they physically clamp on to the edge or rim of the sump or aquarium and they’re certainly cheaper due to passing on the costly magnets.

The Tunze Multi Tube Holder takes the latter approach of clamping to the edge or rim of your tank or sump almost up to one inch thick or 22mm using a large, ergonomic thumbscrew. The set of Tunze Multi Tube Holder consists of four individual tube holders (which are available separately) but you can select to use one, two, three or all four so the $12.99 kit is more like four separate dosing line holders so they are flexible in how and where the dosing lines are placed. In addition to being extremely versatile users appreciate how these dosing line holders direct the outflow away from the walls of the sump preventing the unsightly buildup or calcium or carbonate and into the aquarium water where the additive can be properly mixed. [Tunze]

How to Frag Acropora tortuosa [Video]

How to Achieve the Best Coral Coloration [Podcast]