The ‘Yurple’ tang is a hybrid Zebrasoma the likes of which has only been made possible through captive breeding efforts. This unique fish was produced by Bali Aquarich in Indonesia by cross breeding the yellow tang, Z. flavescens, from Hawaii and the purple tang, Z. xanthurum, from the Red Sea.

Being naturally separated by a distance of more than 9,000 miles prevents these two colorful fish species from ever meeting in the wild so it’s fascinating to see this experiment play out in the aquarium & aquaculture world. Surgeonfish are not nearly as ‘promiscuous’ as other high bodied marine fish such as butterflyfish and angelfish but we do see a few species getting jiggy with their cousins from time to time, most notably the hybrid powder blue x powder brown tang which is regularly collected from a melting pot of marine fish bybridization.

The yurple tang has been turning heads for being one of the first of its kind with a very limited number of specimens being produced by Bali Aquarich, as well as the boujie price tag for the privilege of owning such a unique fish. We were personally entrusted with one example of the yurple tang by Bali Aquarich so that we could document and chronicle this fish as it grows up and develops into an adult fish, the likes of which no one really knows how it will turn out.

So far all of the photographs of the Bali Aquarich yurple tang shows a pretty small fish with tall fins and a very pale overall coloration but this is mostly because none of these freshly shipped specimens have had a chance to settle down yet. We’ve been keeping our ‘review sample’ of the yurple tang in a private, quiet corner of the Studio where it has been learning to become an aquarium fish, deepening its color and pattern and growing in confidence. 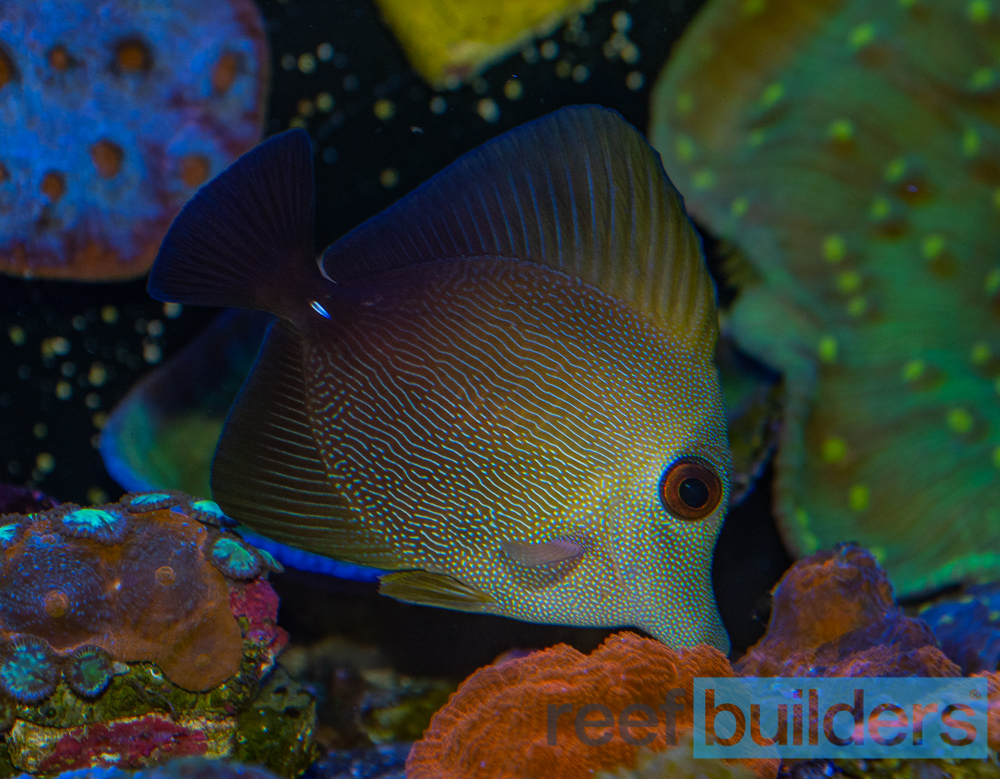 It was pure coincidence that we just so happened to be keeping a small, well-patterned scopas tang in the section next to it which has been encouraging the yurple tang to spend more time out in the open since they frequently display to each other across the glass. We’ve verified with Mr. Su that yurple tang came from one of his pools containing only purple and yellow tangs but we can’t help but notice the striking resemblance to our scopas tang pictured above under the same lighting and camera settings.

Anubis Tang is Probably the Rarest Surgeonfish Ever

We don’t yet have any grown out example of the yurple tang but so far it does seem to be on track to closely resemble the single Anubis tang that Vincent Chalias started documenting several years ago and which was believed to be a hybrid of the scopas tang and purple tang. Perhaps this resemblance is an artifact of juvenile coloration of the purple tangs and Zebrasoma in general but it’s important to point out that all of these photos of the yurple tang, ours included, are taken with flash and the fish is not nearly as yellow in person as the flash photographs make it appear.

Thankfully, small fish grow quickly so we won’t have to wait too long to see the yurple tang a little bit larger than its current two inch size and we are very eager to discover how its coloration and pattern develops over time. It would really be something if the body of the yurple tang became more purple and the fins just got brighter yellow so we’ll be sure to schedule another photoshoot in a couple months and let you know. 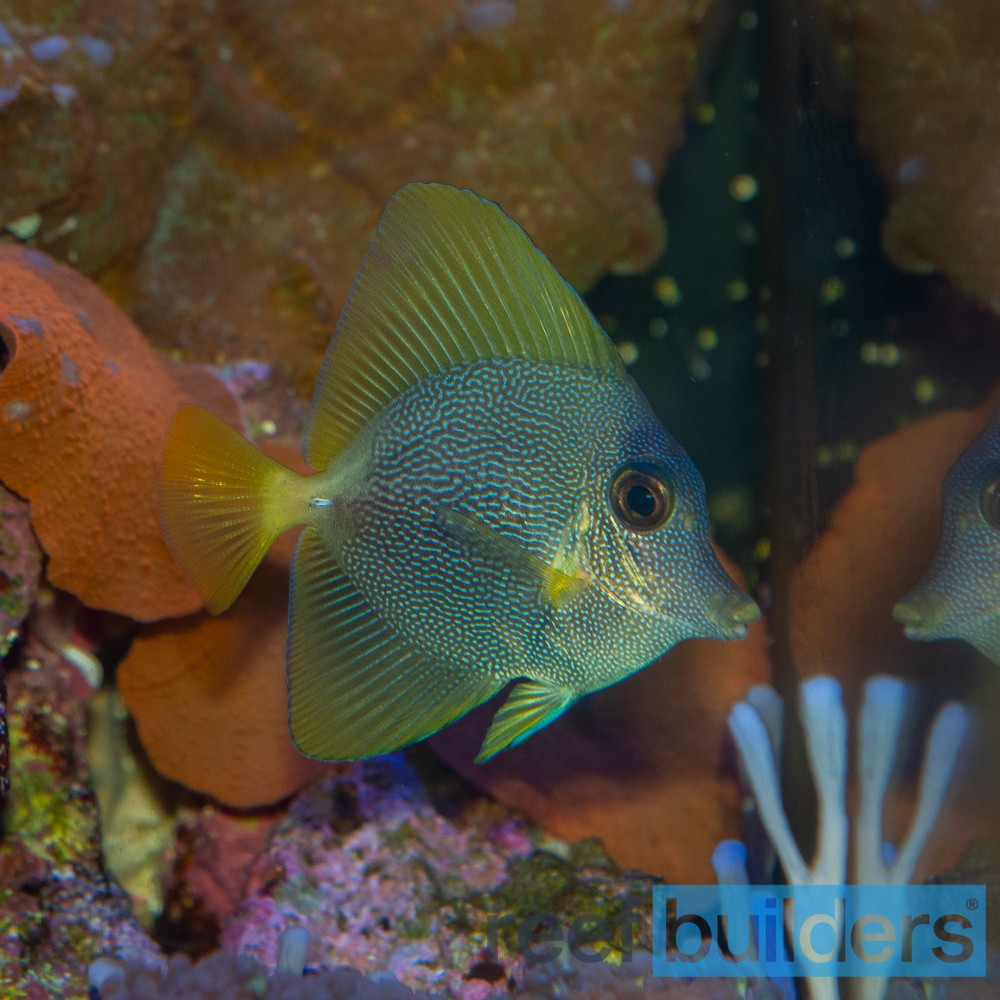