The Mazarra LED is a 3rd generation light by Maxspect which is bringing a lot of new an innovative features as well as high performance LED chips. The Mazarra may not be the first aquarium light to use Cree XM LEDs but as far as we can tell it will be the first one with Cree XM and Philips Rebel ES LEDs. Even without the top end LED chipsets from industry leaders Cree and Philips the Maxspect Mazarra has a lot of features to love including a wireless master controller, a ball-joint mount with many degrees of articulating freedom, a compact package, fair price and a much cleaner implementation of individually replaceable LEDs.

The Mazarra LED by Maxspect on display here at Aquarama are late development models with certain features and pricing yet to be pinned down. The feature that have been locked in to the form factor of the Mazarra, which is essentially the G3 Maxspect, are pretty exciting and no matter how things shake out, the Mazarra LED will definitely be one to consider for the reef aquarist looking for a high performance LED light. 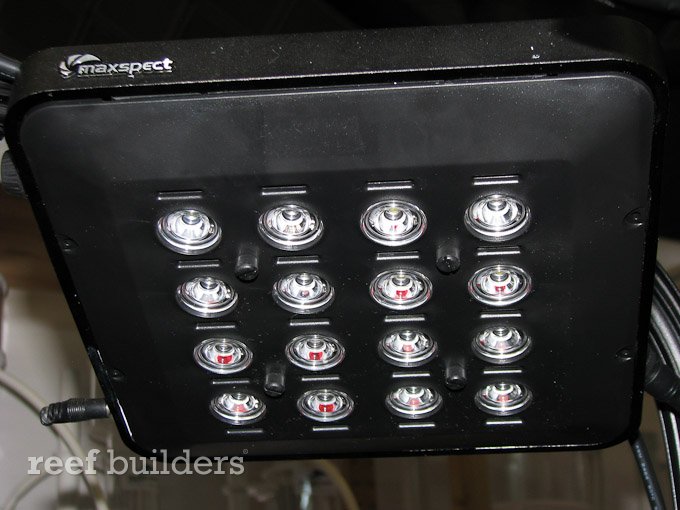 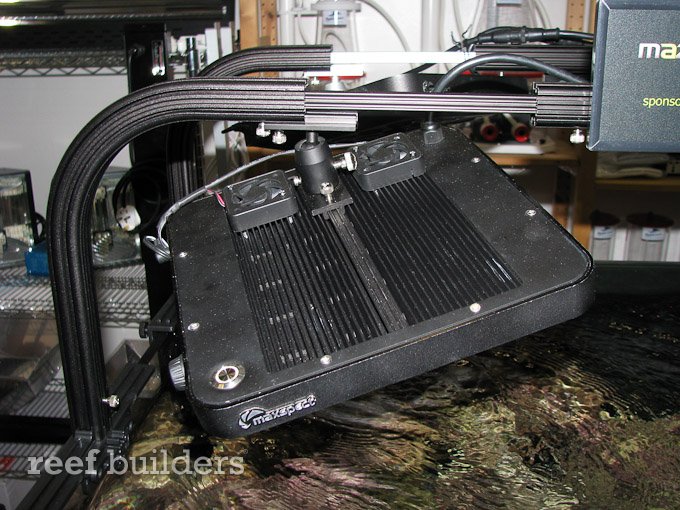