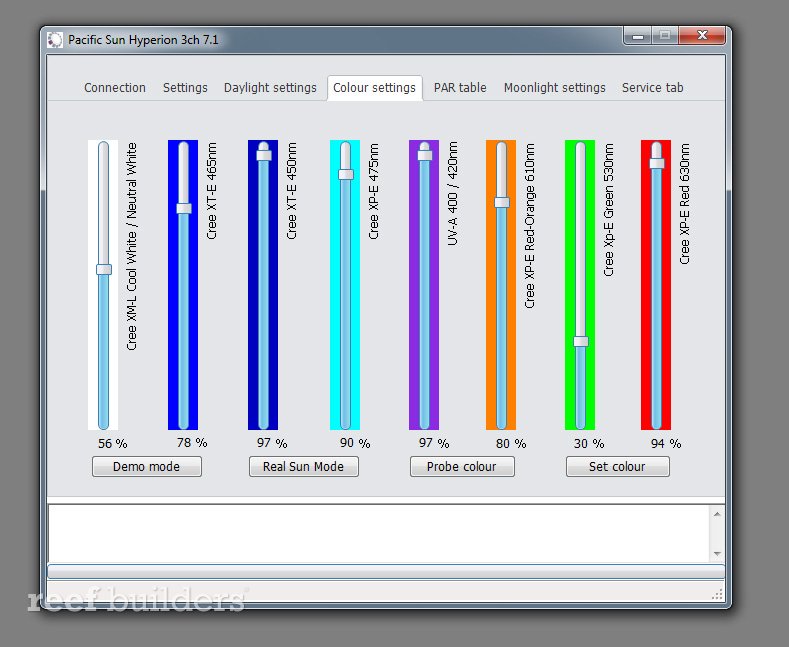 In case you haven’t noticed, there’s a war going on in the aquarium LED reef light market for more diversity of LEDs and more and more control of separate channels. You can see a trend in mainstream aquarium products meeting many of these demands.The AI Nano, Ecoxotic’s multicolor LED spotlight and RGB Panorama Pro, the Maxspect Mazarra, JBJ Unibody, the Vertex Lumina and Ecotech Marine’s Radion all have more LEDs and more control than comparable LED aquarium lights did last year.

Better still, AcanLighting’s Full Spectrum KR93 comes in a Japanese and a North American edition with a multitude of LEDs and control channels and even the micro brewed NanoBox Reef LED light is getting in on the diverse LED action. Now the Hyperion R2 from pacificSun LED is here with nine colors of LEDs and eight channels of control and we can’t wait to see how reefers paint their corals with such a broad diversity of light. Follow the break to learn more about these separate LED colors and what PacificSun believes these will do for you and your reef tank.

Below you’ll find the dizzying array of LED colors that are used in the Hyperion R2 8-channel LED light and PacificSun’s own assessment of why they went with those specific LEDs. We definitely agree with the usefulness of those individual wavelength emission peaks but the bigger challenge is getting all the colors to mix well and avoiding the disco ball look. Coming soon, a look at the PacificSun LED light in action over real live corals.