Broodstock quantities of West Australian dragonet might be available soon

The West Australia Dragonet, Synchiropus occidentalis, was one of the hottest fish of 2012. Better yet, if recent collecting success continues, this fish could remain in the spotlight for the foreseeable future. Unlike the more commonly available mandarin ‘goby’ and target mandarin, S. occidentalis is practically never available to aquarist due to its distribution being well outside typical collecting areas of marine ornamental fish.

This weekend we received exciting news that a targeted collecting effort from a particular location in West Australia was producing some of the coveted Occidental dragonets. We are fortunate to have established contact with a member of the expedition who divulged some exciting, informative and very specific details about the habitat of Synchiropus occidentalis. Diver Wayne Mackenzie Brown had this to say:

“In my opinion as a collector in WA it is the prettiest, but hardest fish to catch and find. The total spread of the three spots is 75 miles apart. I don’t know of any that have been caught outside that area. These are the first I’ve caught for several years. But this new spot I should be able to get some every year now.”

The West Australia dragonet lives in very shallow water no deeper than two meters (6.5 feet). They are generally found living in association with Acropora corals, but one of the spots where they are being collected is a pile of rock. One of the characteristics of where S. occidentalis is found is that the habitats are generally incredibly sheltered.

So there’s some good news and some bad news. The bad news is that due to the remote collecting location of the West Australia dragonet, by the time the handful of specimens reach market they may well cost upwards of one thousand dollars a piece. The good news is that we not only know how to keep mandarin gobies and target mandarins alive, they have both been bred in captivity.

Julian Sprung raised the first captive bred mandarin dragonet two decades ago and ORA raises and sells psychedelic mandarins as well as spotted mandarins on a commercial scale. Obviously, we have pretty lofty high hopes for what may come about from the little known dragonet species from West Australia. But you can’t blame us for using positive thinking to try and manifest the presence of captive bred Synchiropus occidentalis in the aquarium world. 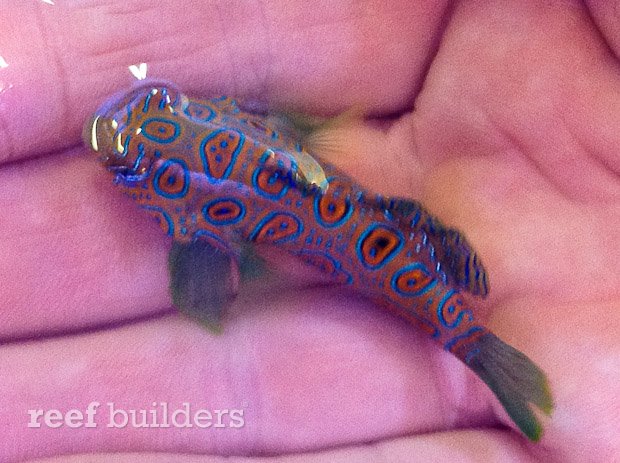