The Nuvo Shallow Reef All In One aquarium series from Innovative Marine was one of the hottest announcements of MACNA this year. Seeing the Nuvo SR Series aquariums in person gave us visions of a future filled with larger, shallower All in Ones to follow in its footsteps the way we saw a flood of nano AIO reefs that followed after the Biocubes of yore. 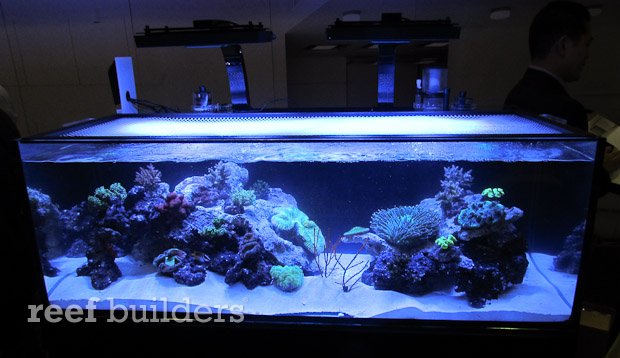 Traditionalists of tall showy display aquariums may shun the shorter, wider footprint of the Nuvo SR tanks but these complete reef aquarium setups is not really for them – they are for the beginner to intermediate reefer, and for the true coral junkies who would gladly sacrifice some height for more surface area in which to keep corals. 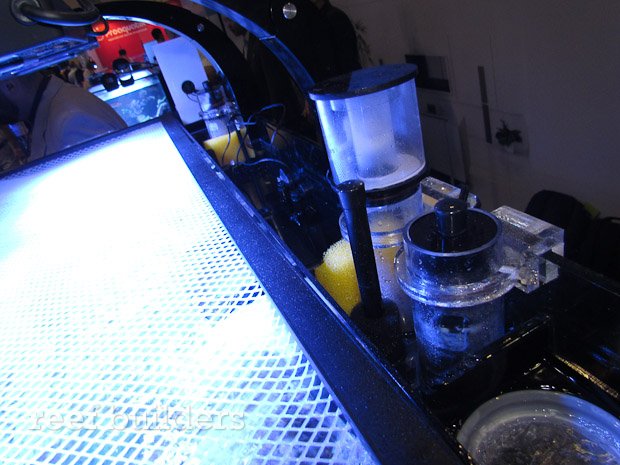 In the flesh the Nuvo SR are beau-ti-ful! Excellently joined edges of high clarity, low iron glass present a slightly shorter aquarium which is easier for anyone to reach into, and maintain. The equipment of each of the Nuvo SR 60, 80 and 120 are clustered near each rear corner with all of the devices easily accessed and serviced. 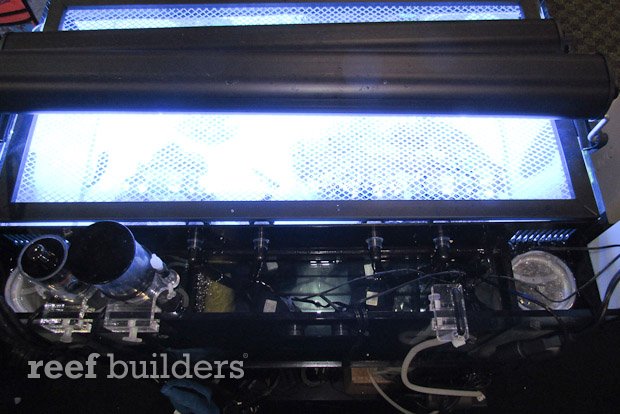 One of the potential shortcomings of keeping reef fish in a shallower aquarium is the greater propensity for them to jump, an issue which has been preemptively addressed by Innovative Marine with the introduction of the first commercially made “screen-top” which IM calls the ““recessed aluminum framed lid”. 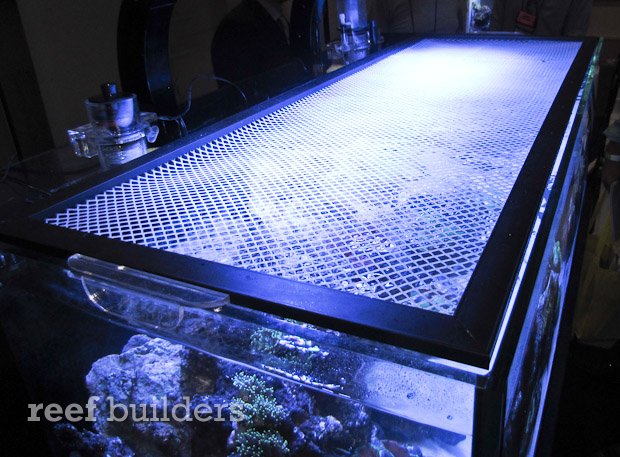 The Nuvo SR AIO aquariums all ship with the necessary pumps to drive the whole system with each outlet being outfitted with specialized spin-stream outlets that have a more directional nozzle for providing water motion inside the aquarium. The amount of flow produced by the spin streams is probably good enough for a wide range of zoanthids, LPS and some soft corals but densely “planted” corals tanks and higher energy SPS corals will require some additional flow machines to get more aggressive flow speeds going inside the aquarium.

What we particularly like about the Nuvo SR AIO aquariums is that they ship with the bare essentials to make the aquarium function, and user/owners will have range of choices for what additional equipment they wish to outfit their shallow mini reef with. Naturally, Innovative Marine would love it if you jumped on the AquaGadget line with available media reactors, biopellet reactors, protein skimmers and Auto Top Off, but the biggest point here is that you will have a choice. 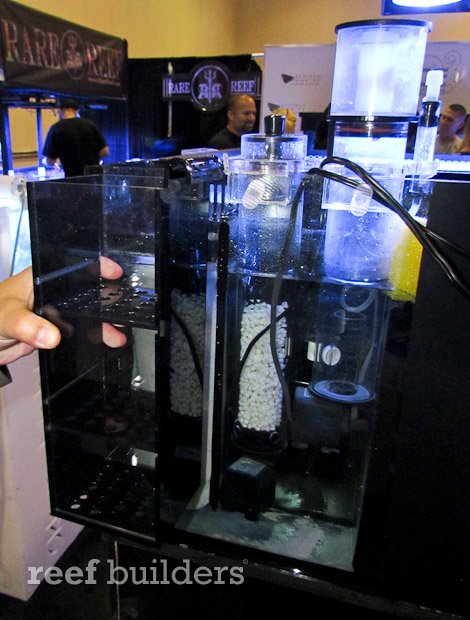 And of course, when purchasing an expensive, higher end AIO aquarium like the Nuvo SR you don’t want to get stuck with any bundled equipment which isn’t your favorite, which is one of the reasons that Innovative Marine displayed the Nuvo SR with Radion LED lights, and not their Skyye tablet LED. IM was pleased to inform us that they had already received lots of orders for their new shallow reefing creation which will be landing at retailers around the country in the coming weeks.

The full retail price of the Nuvo SR Series will be $1500 for the SR 60, $2000 for the SR 80 and $3000 for the SR 120, each of which will come with one or two return pumps, a number of spin stream nozzles, filter socks and holders, the screen-top, a higher-than-average stand and of course the high clarity aquarium with the AIO filter built into the back. 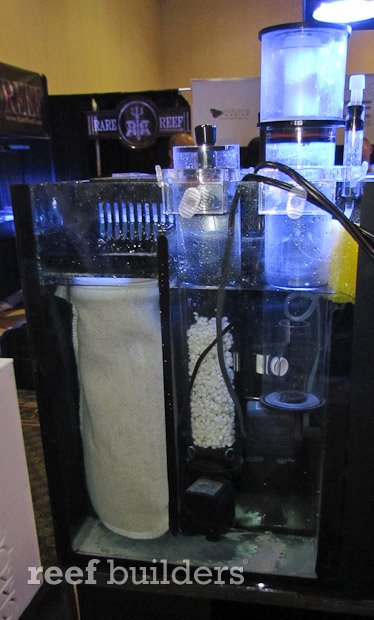 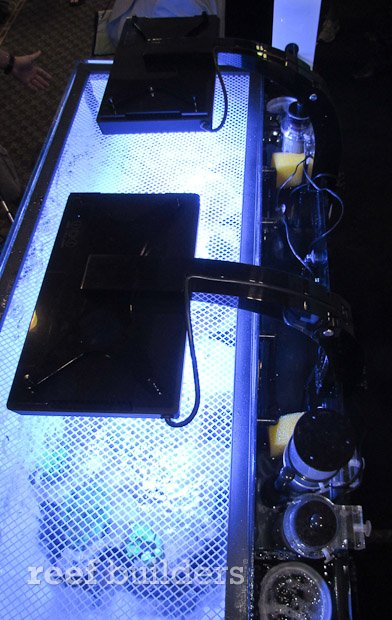 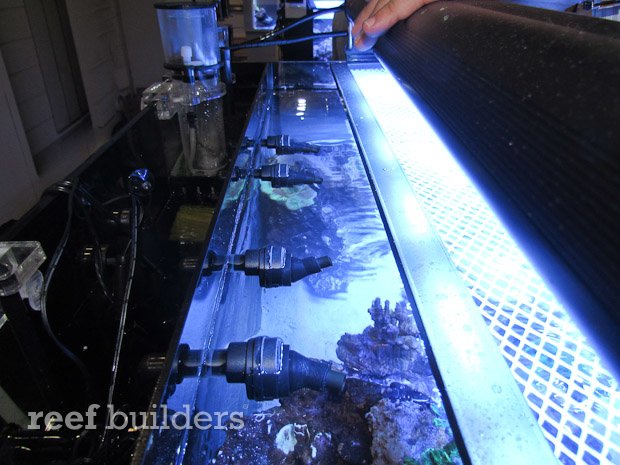 Hands on with the beautiful, impossibly small Smart ATO by AutoAqua