As close as we Americans live to the Caribbean Sea, we are woefully under-informed as to the wealth of beautiful corals and reef fish that live there. Case in point is the jaw-dropping gorgeous golden hamlet, Hypoplectrus gumigutta which Japanese and Asian reef fish enthusiasts have way more experience with in aquariums.

Twelve years ago before the aquarium hobby got as big as it is today, we would infrequently receive nice golden hamlets at the retail stores we worked at. Back then trying to get people to pay $400 for what is basically a miniature grouper was unheard of, we might as well have been asking $4000. But the lucky few who have kept this demi-god of a fish know that there’s something really special about the golden hamlet. 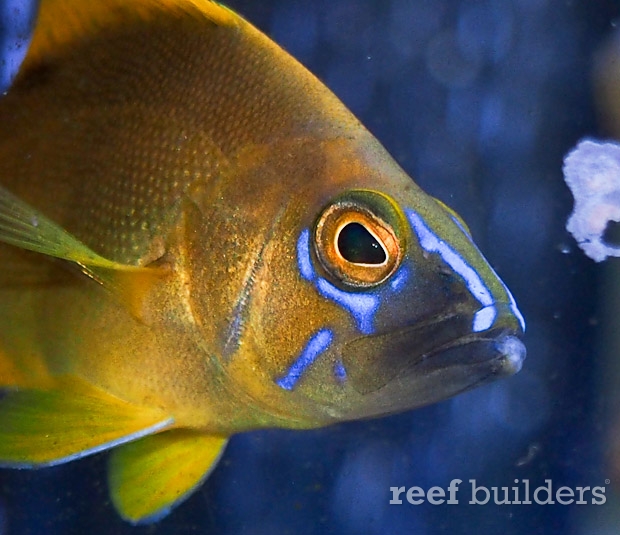 But at least one enlightened marine aquarist Matt Wandell has been enamored enough with the very special Golden Hamlet that he tracked one down through special order and has put this little guy up in his own little Hypoplectrus paradise. We had the chance to meet the tiniest golden hamlet Chez Wandell’s and this individual is among one of the smallest hamlets we’ve ever seen.

At this small size the juvenile golden hamlet is showing a lot of dusky coloration which should become all but replaced with a nearly complete golden yellow body coloration. The only pattern and markings that will remain on this fish is that stunning blue-ringed black mask on the face which is is probably a kind of false-eye for tricking prey fish into a false sense of security around the hamlet. 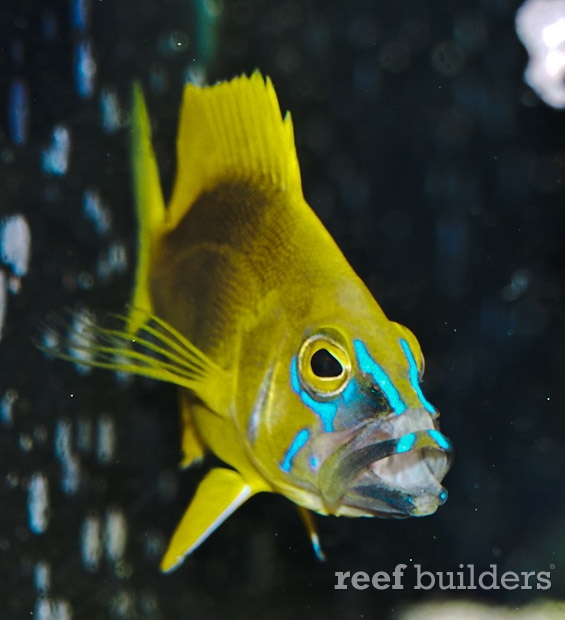 The Golden Hamlet is occasionally spotted around Florida waters where our aquarium specimens are collected. However the population center for Hypoplectrus gumigutta is much further west closer to Central American waters. We would love nothing more than to see a revival of appreciation for broadly “American” reef fish from both the Northern and Southern continents and perhaps the Golden Hamlet is just the ambassador we need to lead the charge. 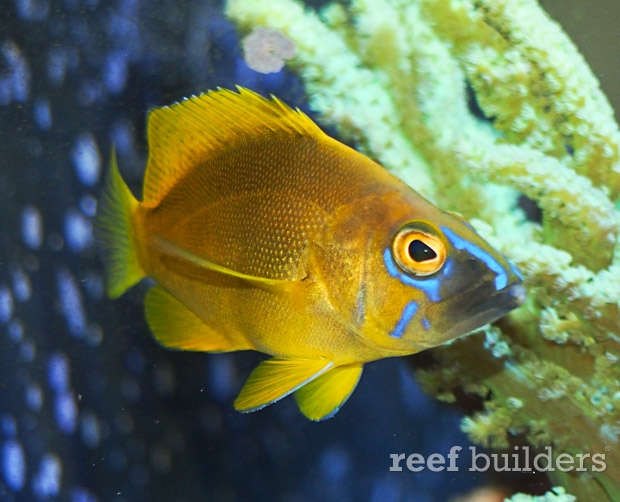 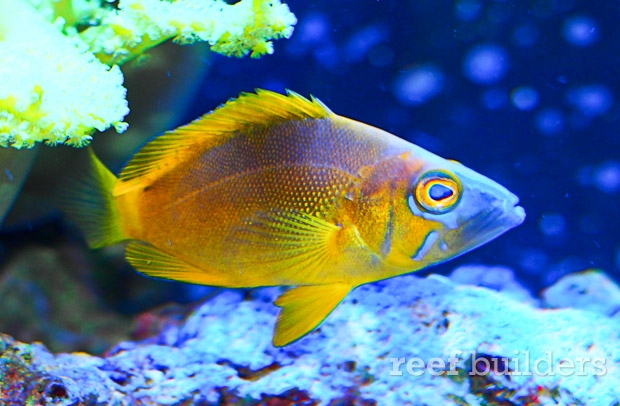 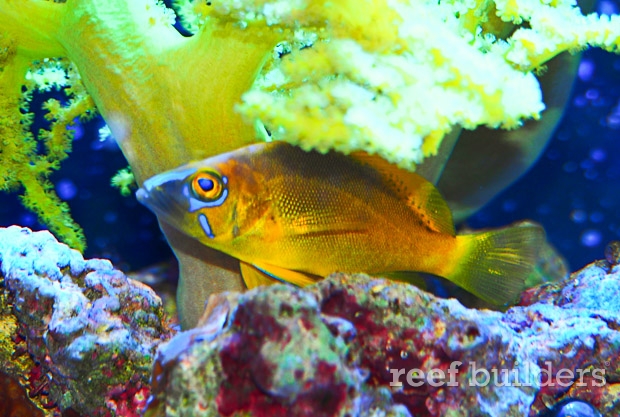