As long-living creatures, coral colonies that grow very large have the potential to tell us a lot about the past. This is especially true of large, massive stony corals which include colonies that grow for hundreds and even thousands of years.

While diving on natural reefs, we’re usually looking out for exotic and unusual corals, but large impressive colonies have the capacity to stop us cold in our wake. Whether it’s a cathedral of a staghorn coral in Kwajalein Atoll, a massive purple Porites the size of a small hill in the Philippines, like the rings of an old-growth tree, these outsized corals have a story to tell, if you know how to ‘listen’. 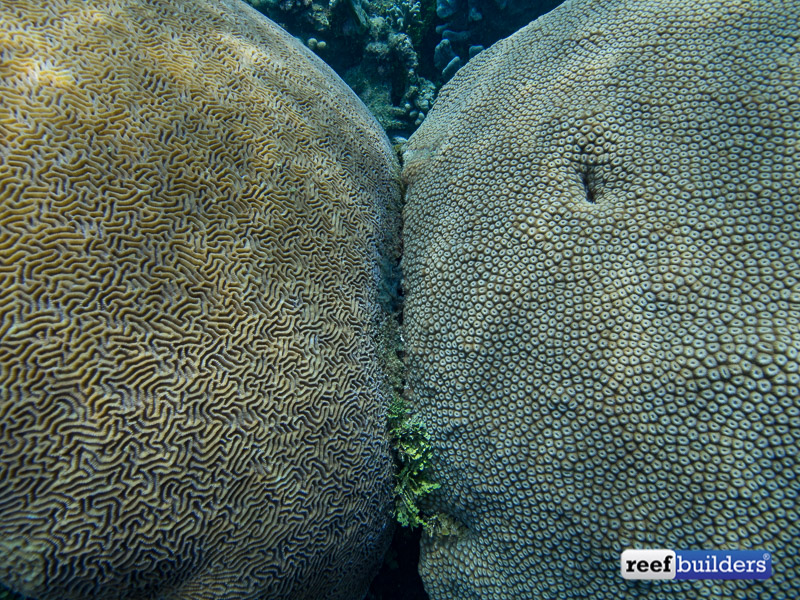 One such sighting of two massive brain corals earlier this year in Raja Ampat, Indonesia definitely grabbed our attention. Right at the transition from the shallow reef crest to the reef slop sat two gigantic colonies of brain coral; one a Platygyra and the other a Diploastrea, which have been in a slow motion battle for upwards of a thousand years.

We don’t know exactly how old these two corals are without coring them, but what’s clear is that these two huge brain corals are in competition for space on this section of the reef. The approximate diameter of both colonies was somewhere in the neighborhood of six feet across. But with no neighbors downslope from it, the Diploastrea has been able to grow unimpeded away from its neighbor, and has developed significantly more tissue, skeleton and corallites. 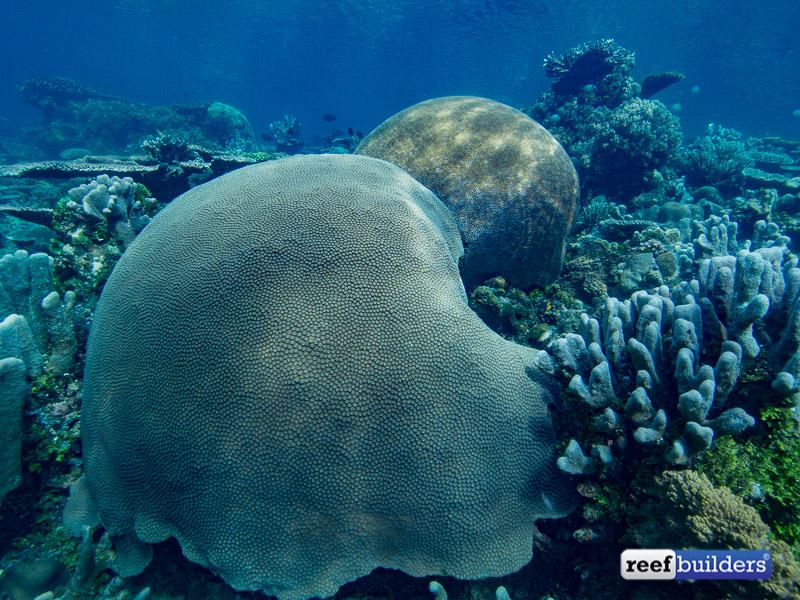 Where the two corals meet a nondescript battlefront has been in place between these two corals, beginning when they grew close enough to touch, perhaps a couple hundred years ago. With more polyps to catch sunlight and food, the Diploastrea has much more energy to fuel the colony as a whole, and it does seem to be slowly encroaching on the monolithic Platygyra.

It’s crazy to think that these corals may have settled out as baby larvae around the time when the Magna Carta was first proclaimed, and surely before the New World was discovered. Back then they had plenty of room to grow, perhaps they even squeezed out corals that had been growing between them. One thing we know for sure is that these two corals have a lot of battling to do yet before a victor can be declared, and with some luck they’ll still be there decades and maybe centuries into the future. 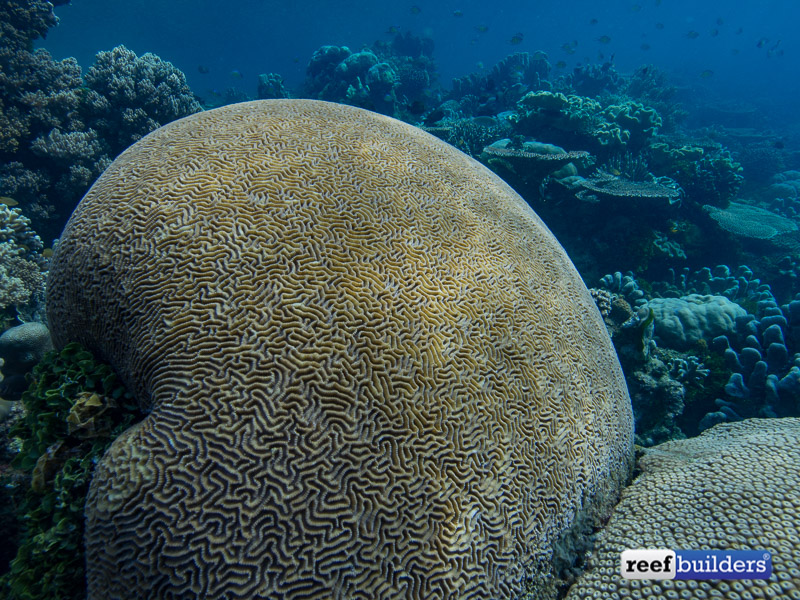 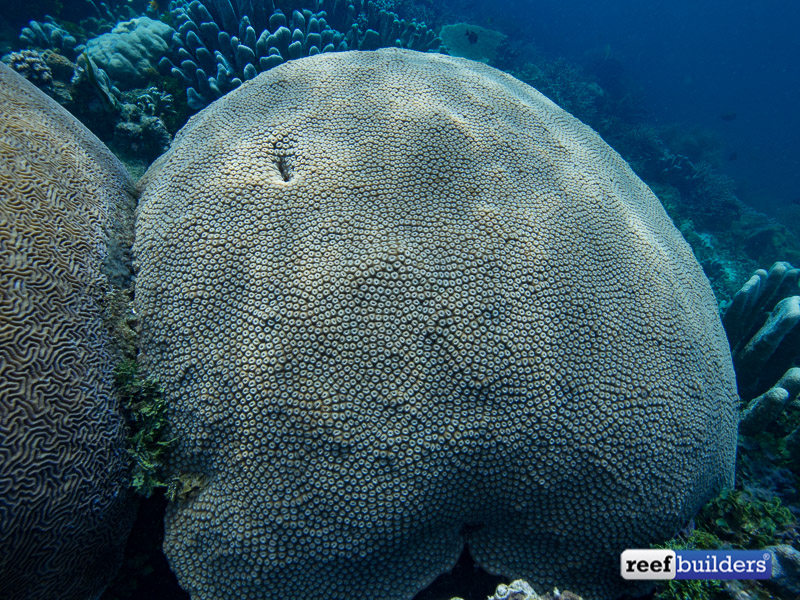 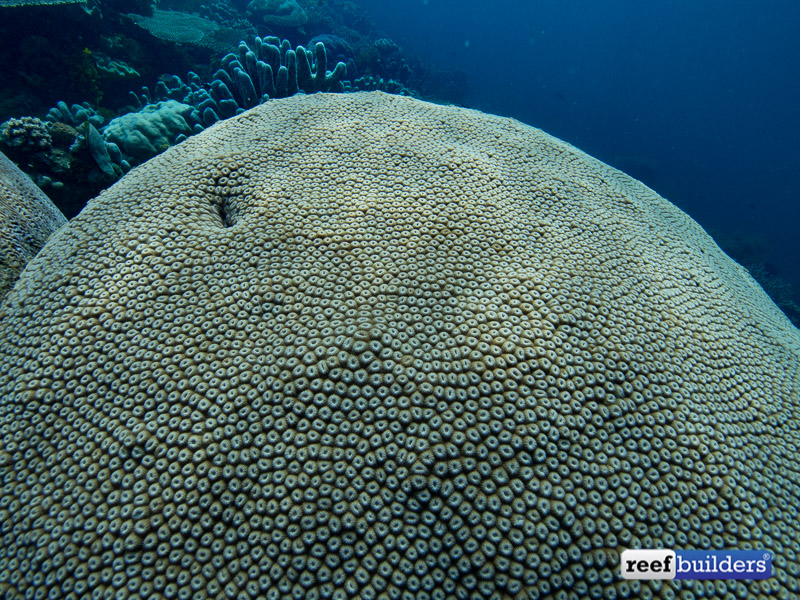 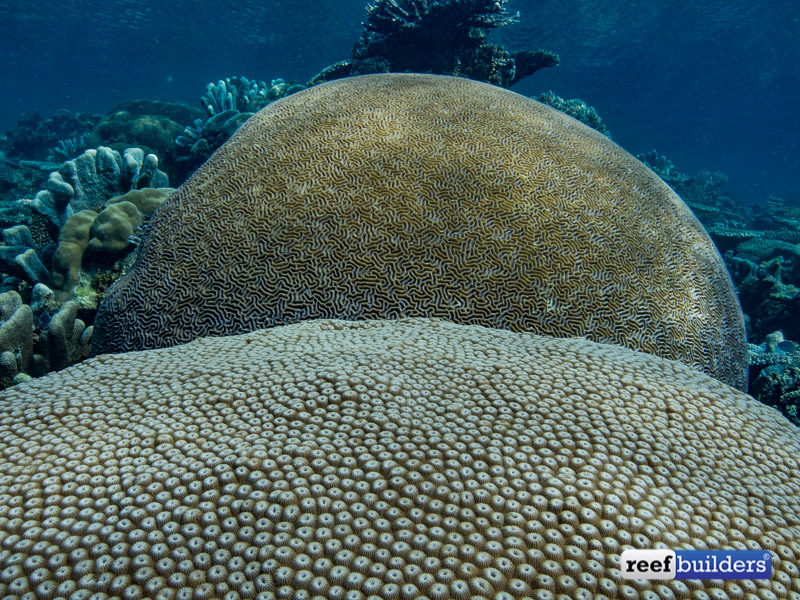