For The First Time In Canada: Cremated Remains Can Be Turned Into A Living Reef Memorial

For the first time in Canada, residents will have another option for a green burial – to become part of a living reef in the waters off British Columbia. The Living Reef Memorial has been in existence for 15 years in California, however the service has now been expanded to include Canada.
The idea behind Living Reef is simple: cremated remains are placed into a mold, made into an artificial reef and then placed in the ocean.
“When Living Reef Memorial acquires the cremated remains of somebody, whether they’re sent directly from a family to Living Reef or from another funeral home, they are incorporated into a mold, which is consisting of seashells, low alkaline cement, sand and the human remains themselves,” explained Kevin Owens, director of Living Reef Memorial Canada.
Remains are placed into a scientifically-engineered mold which takes 30 days to cure before it is ready to be deployed off the coast. There are four options to have memorials for a single person or community reef as a tribute to several individuals.
The memorials are placed 200 to 300 yards off the coast at depths between 45 to 75 feet, (14 to 22 meters). This is the perfect depth to visit the living memorials on scuba. create an artificial habitat for marine life, starting 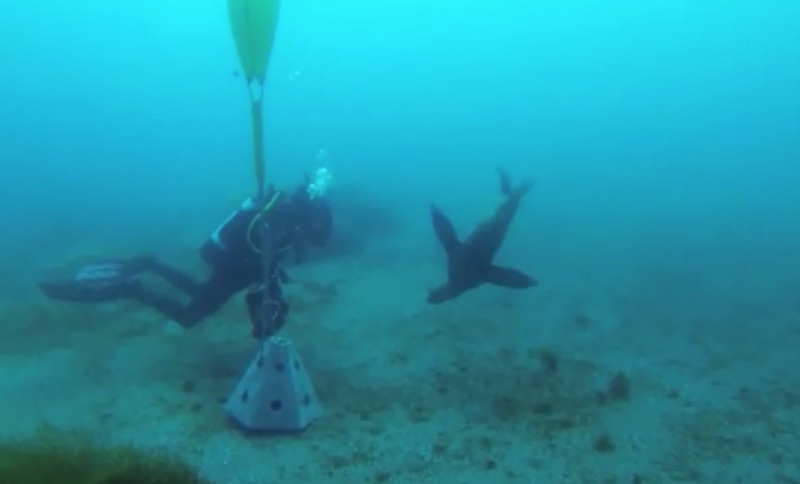 As the memorials are colonized they create an artificial habitat for marine life, starting from the smallest of the algae to salmons, which then help out all different marine life from the sea otters to orcas.
Right now there are multiple deployment sites around Telegraph Bay and Spring Bay, around Vancouver Island, Saturna Island, Southern Gulf Islands, Bowen Islands and off the coast of White Rock. Locations not on this list can be selected by contacting Living Reef Memorial.
Owens said the Living Reef Memorial is an alternative to scattering cremated remains.

“I’ve been a funeral director as well for about 20 years… and the amount of cremated remains that get placed into the ocean is huge,” he said. “There are biodegradable urns, and there are people that just scatter on the beach.
The cremated remains themselves are inert, they don’t do damage to the environment unless you’re going to be pouring them directly onto a plant and that’s only because they have a really high sodium base and the salt actually damages plants. But the salt doesn’t affect the ocean, it’s like a teardrop. The amount that’s going in to the ocean isn’t a great volume.”
There are different options for the living reef, whether a person wants to be placed by themselves, with a loved one or their family. Partial proceeds from the sale of the Living Reef Memorial also go to the Sea Turtle Rescue Project.
To learn more about the Living Reef Memorial, go to their website.

Coralline Algae, What Is It And How To Grow It