The whale shark is the largest species of living fish (if you count sharks as a fish), and one of the most charismatic creatures in the sea. Normally, the gigantic whale shark captures the imagination for its tremendous size, but the rare sighting of a tiny baby whale shark is what has got our attention today.

A tiny Rhincodon typus was ‘rescued’ by a local fisherman in the fishing village along the Gujarat coast of India. It isn’t specified what this whale shark was rescued from, but it marks the fifth sighting of a neonatal whale shark by the Whale Shark Conservation project. 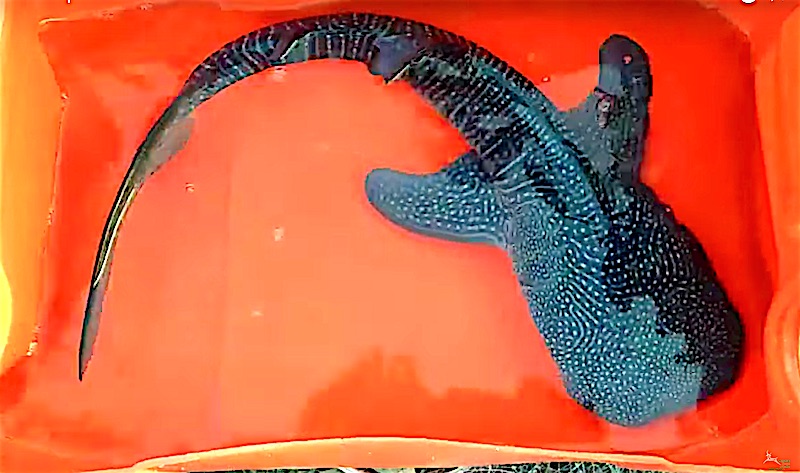 What is most remarkable about this story is seeing a tiny two-foot whale shark small enough to fit into an average rubbermaid container. At this size the Rhincodon pup is a perfect miniature of the gigantic 20 foot monster fish it will become.

The broad face and head are unlike any other fish or shark species, and the pattern is concentrated into a psychedelic pattern of bright spots and lines. The size of this tiny whale shark really hits home when the handler grabs the fish by the tail and simply releases it to freedom in the open ocean.