Helcogramma atauroensis is a new species of triplefin from Timor Leste, in the far eastern Indian Ocean. Triplefins are distantly related to the more common blennies with an elongated body and propensity to perch on rocks and the reef.

The dazzling color and pattern of the newly described Helcogramma atauroensis is clearly an adaptation to live among colorful algaes and encrusting organisms. The reddish colored fish with blue and white markings virtually disappears in the image below, but it looks like a fireworks display on the black background above.

Although triplefins are common and widespread, for some reason we can’t recall ever seeing one in a private aquarium or an LFS. Perhaps this very colorful new species can inspire collectors to scoop some up because this group of fish seems like they would make fantastic aquarium inhabitants. [JOSF] 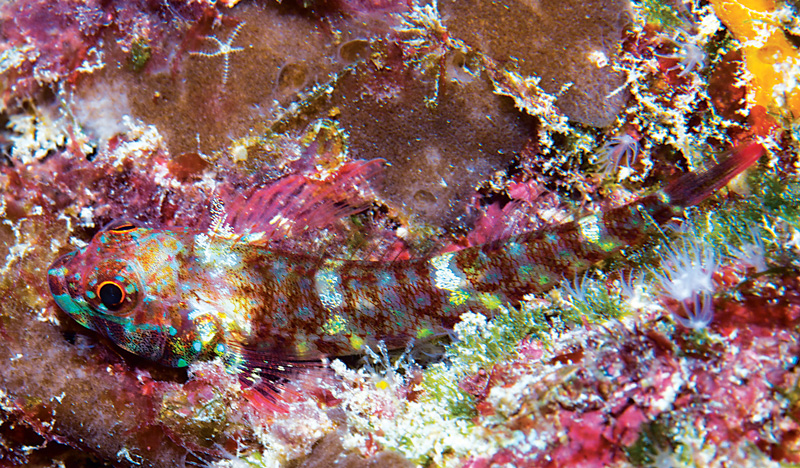