Nanipora is a very bizarre and unusual type of ‘fossil coral’ that you might have growing in your tank without even knowing it. First described just a couple short years ago, Nanipora is very unique in being able to grow a calcified skeleton, something only Tubipora pipe organ and Heliopora blue ridge are able to do among the Octocorals. 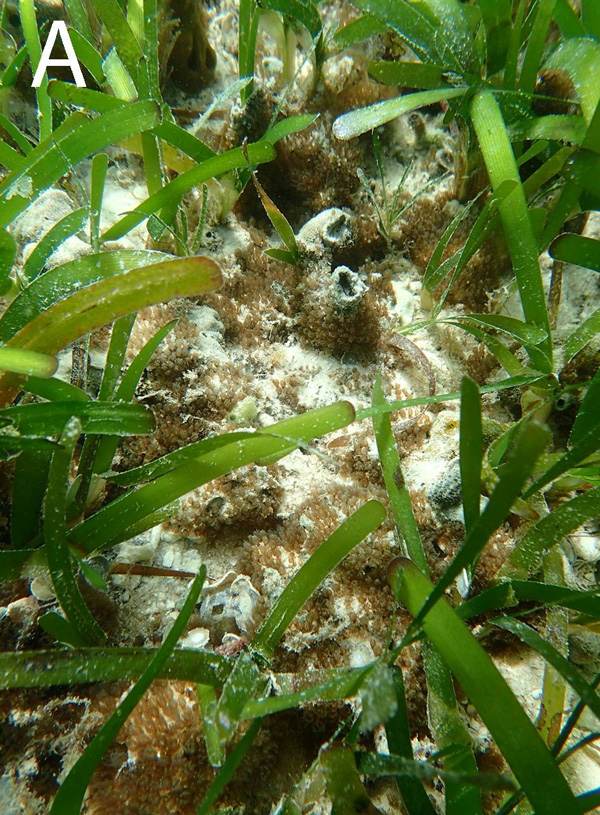 When it was first described genetic analysis linked this species to the common blue ridge, but very few samples have ever been discovered for study. Recently however a group of researchers discovered this ‘fossil coral’ growing in abundance in a very peculiar place – among seagrass beds in very shallow water.

The surprising discovery was made at Dongsha Atoll in the South China Sea and it single handedly multiplies the number of known living colonies of this coral by a factor of 20. Not only is this new habitat for Nanipora very broad, but the colonies of the fossil coral are also extremely varied and well developed, shedding a lot more light on this little known coral. 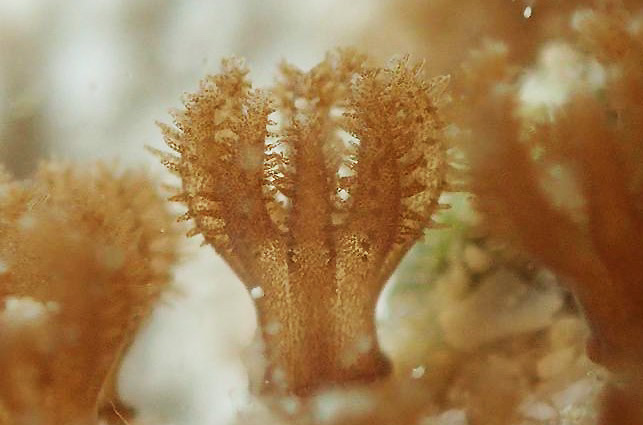 With polyps barely reaching more than 1mm when fully open, Nanipora is not likely to become the next must-have coral strain for aquariums. But if you’re looking for something that is inherently unique and will remain cryptic in your reef tank, definitely keep an eye out on the undersides of freshly harvested green clove coral colonies you might spot at your local fish store – it may harbor an ‘ancient’ hitchhiker. [Science Matters]

An Insurance Policy For The Mesoamerican Reef - Reef Resilience Webinar