When unrelated corals and colonies grow into each other on the reef, one of three things tend to happen; Coral A kills Coral B, Coral A overgrows Coral B, or they simply come to a mutual standstill. These two different Platygyra scribbled brain colonies of two different species  apparently didn’t get that memo! 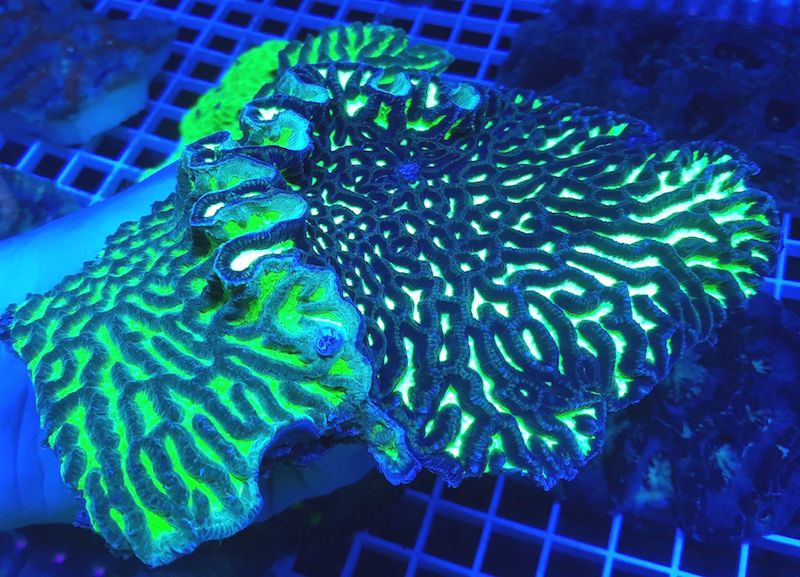 Collected by Salty Pets on the central Great Barrier Reef, the fusion of these two colonies is unlike anything we’ve ever seen before, and likely has something to do with their meandroid growth form. It appears that for a time the two different colonies tried to grow upwards for a little while, attempting to overgrow their neighbor. 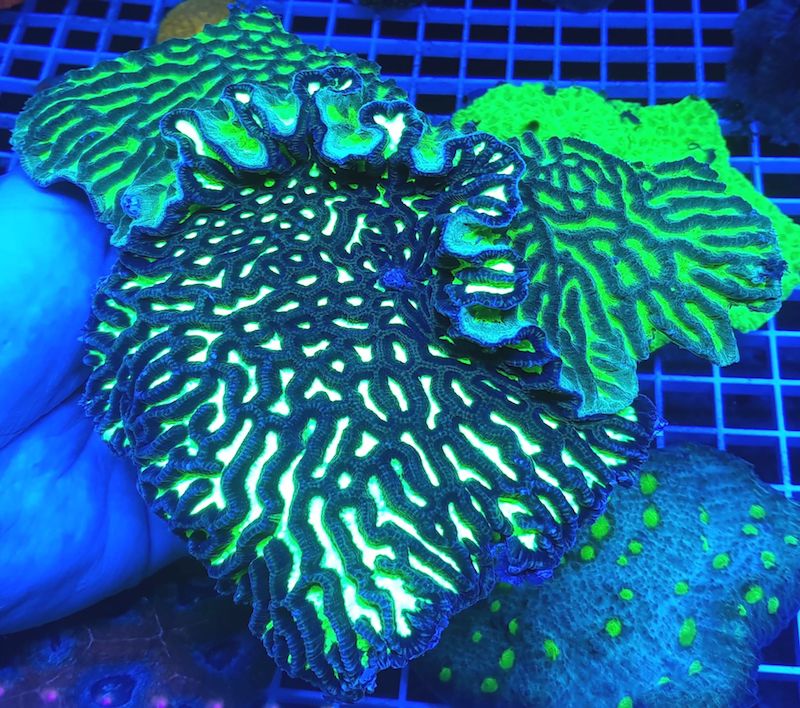 But as the meandering valleys formed grooves in their leading edge, the opposite colony did the same, and they ended up growing into each other like interlocking fingers. We’ve never seen this wild interconnected growth form in any coral before, and not sure that it could happen quite like this if it weren’t for the two colonies of meandering scribbled brain corals involved. 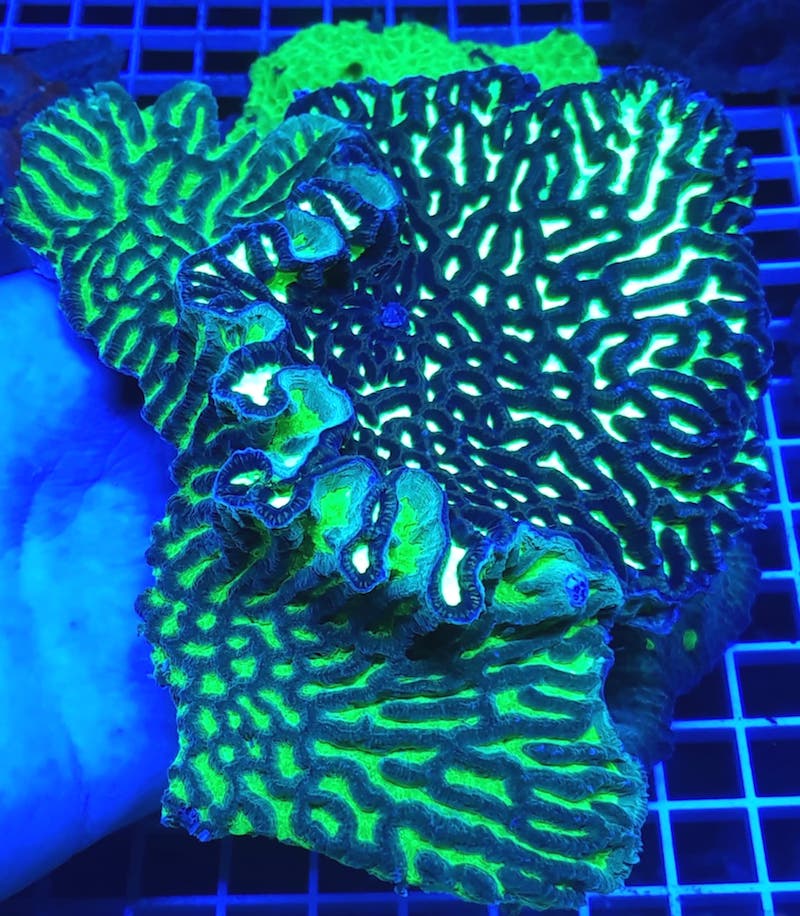 See also  ReefStock Australia is a big success down under

Armored Fish Would Have Made the Best-Worst Aquarium FIsh