Micro polyps are a broad group of tiny encrusting octocorals that can be so small that they are easily overlooked, both on the reef and in the aquarium. The only one we see with any regularity is ‘blue Anthelia’ a species of Sarcothelia which borders on being invasive but today we are introduced to an entirely new group from the West Pacific Ocean. 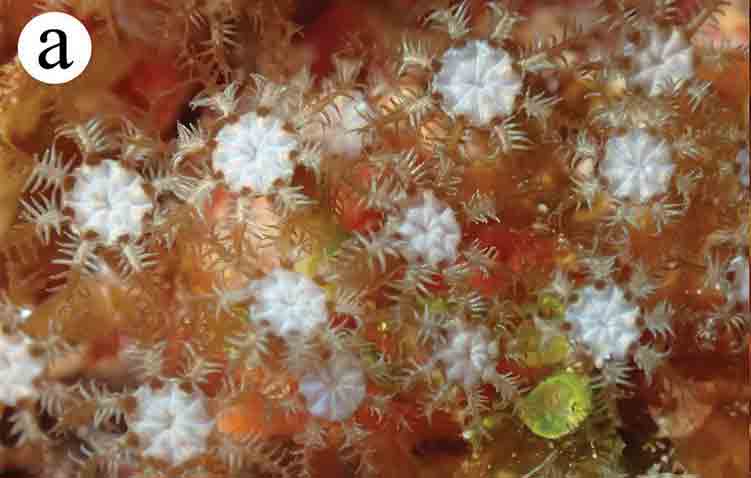 Hana hanagasa and H. hanataba – say that three times fast – is a new genus and two new species of such an encrusting miniature Octocoral polyp. Hana hanagasa was discovered in Japan and its name refers to the traditional Okinawan ceremonial dance headpiece worn by female performers. Hana hanataba was found in Palau and Taiwan growing in small cluster between 30 and 100 polyps which are just a few millimeters across. The species name Hanataba is Japanese for ‘bouquet’ in reference to how the tiny polyps look like an arrangement of flowers. 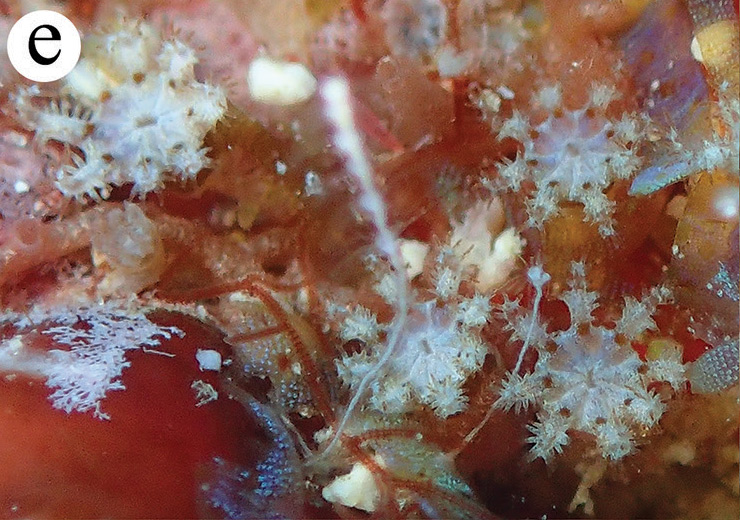