Starksia splendens, a New Blenny Species from the Cayman Islands

Blennies are a broad group of marine fish that occur on tropical and temperate oceans all over the world, and recently we’ve discovered one more. Starksia splendens is part of a group of closely related small labrisomid blennies from the Caribbean which was identified as unique based on a variety of factors.

The species of Starksia have highly variable coloration and pattern, two features which are usually the first indications that any species is new and different from other species. In the case of Starksia splendens, it took a lot of underwater photographs of this fish and genetic analysis to determine that this fish is indeed a unique species. 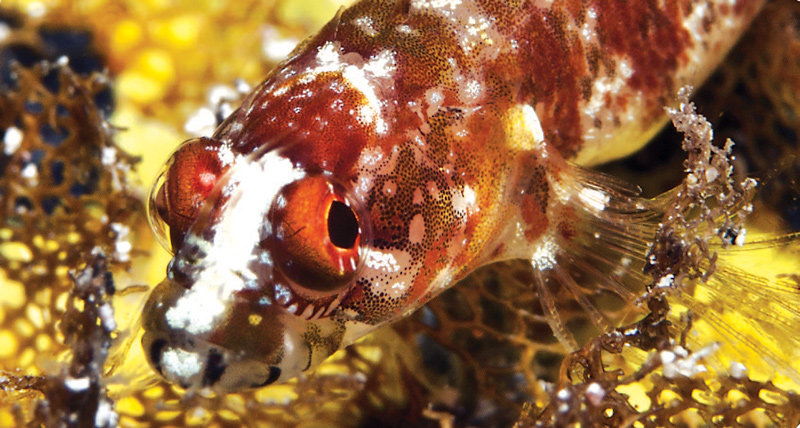 Since the appearance of Starksia blennies varies so much from juvenile to adult, male to female, breeding coloration and even the part of the reef with which it is trying to blend in, it was close examination of DNA which confirmed the divergence of S. splendens from similar species. The defining physical characteristic turned out to be the presence of thin black stripes on the lips of both sexes, even though the overall body appearance varies wildly. The newly described Starksia splendens is only known from the Cayman Islands and was previously believed to be a local endemic population of S. lepicoelia. [JOSF]