The Great Barrier Reef Legacy “Search for Solutions” expedition has finished with some truly inspiring results. The team of volunteer divers and scientist have finished off the expedition with some incredible footage of coral reefs in Australia including images from the  ‘Legacy Super Site’ where 195 coral species were recorded on at a single site.
The non-profit organization Great Barrier Reef Legacy conducts research trip and have just finished up their second expedition, dubbed “Search for Solutions”. From inshore coral graveyards to the most diverse site ever recorded on the Great Barrier Reef, for large-scale coral spawning to breathtaking macro footage from the team at BioQuest Studios (towards the end).
Watch the full trip recap here:
https://facebook.com/ReefLegacy/videos/2643812935636553/
The expedition team was joined by Dr. Charlie Veron, known as the godfather of coral, who helped identified the diverse coral site on the outer reef. In an area no longer than 500 metres, the researchers say they recorded at least 195 different species of corals on a research expedition last month.
The group first stumbled upon the site on a voyage last year, and returned in November to conduct studies. “I’ve spent eight years working on the Great Barrier Reef in just about every nook and cranny,” Veron said. “I thought there would be nothing new for me on the Great Barrier Reef.”
https://facebook.com/ReefLegacy/videos/2134807453449790/
Veron returned with the group to record the corals and will write a paper on the site. He said it was located in a general area that had been affected by widespread coral bleaching and coral mortality and it would take further work to assess why this particular spot had survived so far.
It also appeared to have been unaffected by cyclones and other factors such as crown of thorns that threaten coral health.
But he said it was likely just the result of luck, a combination of its location, currents and shielding from clouds. “It’s probably got as near as can be to an ideal physical environment,” Veron said.
If its health continues, the researchers say the site could be used for future coral studies and collection. Dean Miller, the Great Barrier Reef Legacy science and media director and leader of the expedition, said there was still a danger that high temperatures this summer could damage the site. [Guardian] 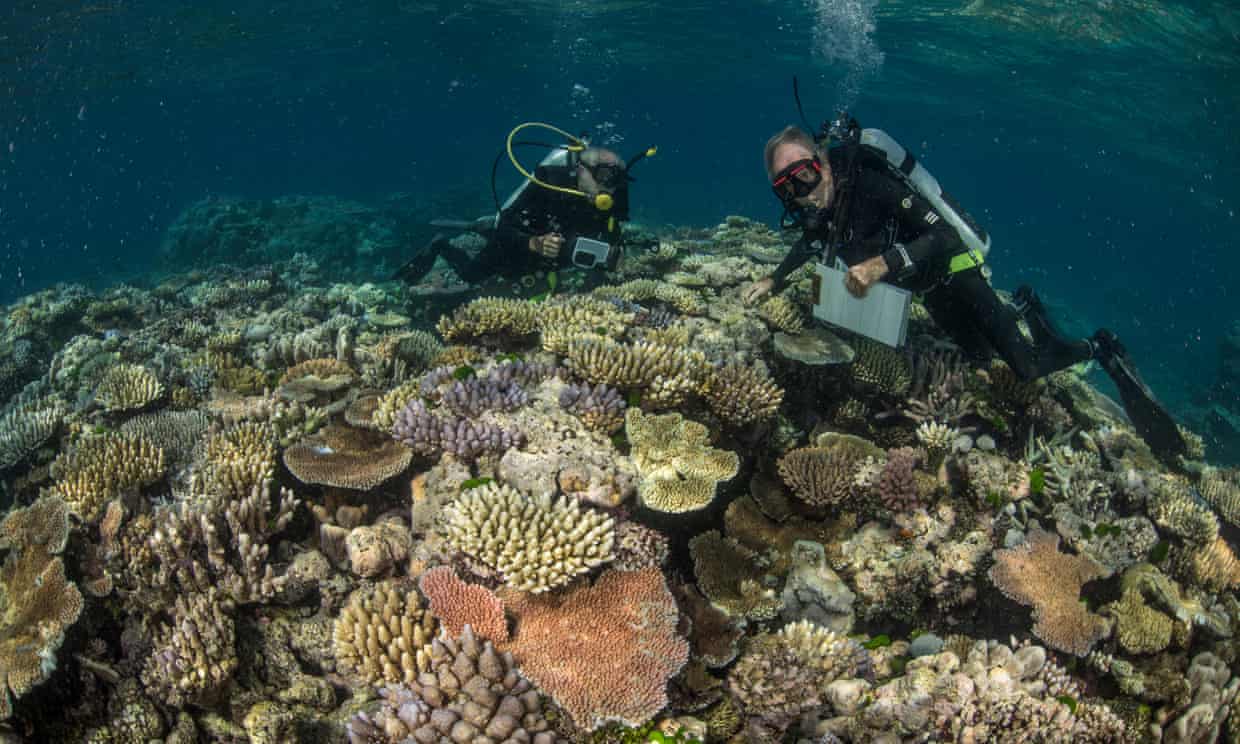 See also  New ownership for Corals Down Under