Cirrhilabrus wakanda is a brand new species of fairy wrasse described from the western Indian Ocean, more specifically from Zanzibar in Tanzania. Fairy wrasses are widespread from the East Coast of Africa through the Central Pacific Ocean but we know so much less about the species at the east end of this range than the countless species in the Indo-Pacific region.

The Vibranium Fairy Wrasse as Cirrhilabrus wakanda is also called is closely related to a few of the rarest species of fairy wrasses from the Indian Ocean including the bloodspot fairy wrasse, C. sanguineus, and the Red Sea fairy wrasse, C. blatteus. Like both of those species the coloration of the Vibranium fairy wrasse is fairly unremarkable in the dorsal and anal fins and most of the ‘action’ is found on the body – most notably the yellowish face gives way to a creamy orange colored body but it has widely spaced large purple colored scales on the top half of the body. 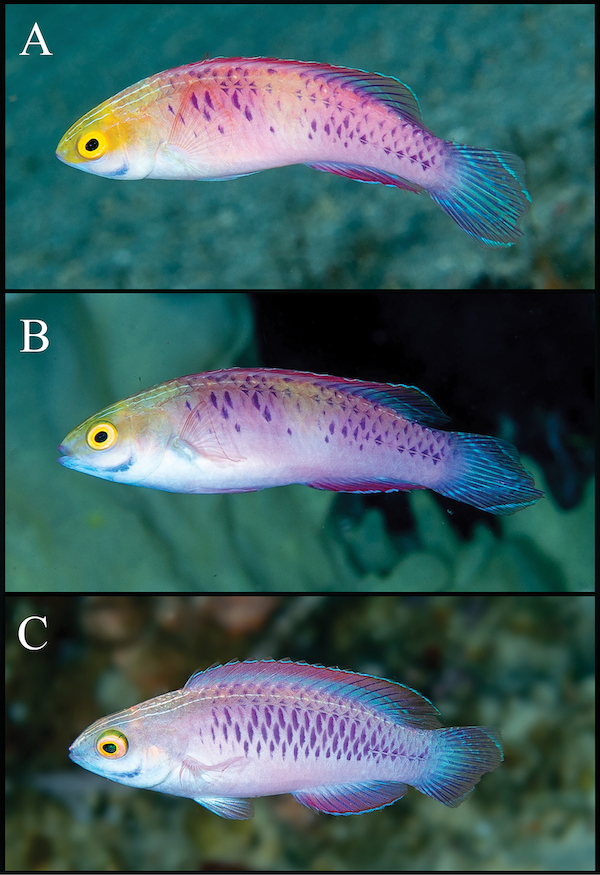 Part of the reason for the Vibranium fairy wrasse’s very recent discovery is due to its remote distribution on the coast of Tanzania and like so many other new species, its preference for mesophotic coral ecosystems. Hailing from a depth of around 75 meters or right around 250 feet, this is not the type of fish you’ll accidentally run into without specialized deep diving equipment. [ZooKeys] 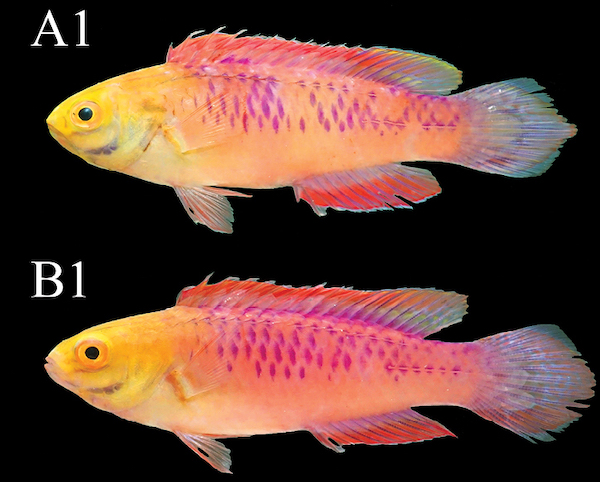 WATCH Premium Aquatics: From Edinburgh Indiana to the World

Indonesian Gold Torch Corals that GLOW in the Dark!