The SeaDevil Monster II is a brand new LED fixture from Wyatt Lightworks that is packing a whopping two hundred and forty watts of lighting power. Unlike some cheap black box fixtures that might achieve this level of power by driving the individual LEDs at five watts or more, the SeaDevil Monster II is equipped with 104 LEDs so the average power is still a reasonable 2.4 watts each for maximum luminous efficiency.

We wouldn’t be doing our job if we didn’t point out how much inspiration Wyatt Works has taken from the Radion fixture from Ecotech Marine. The overall appearance of the SeaDevil Monster II seems to fall in between the 4th generation Radion with its HEI lenses, and the LED-dense fifth generation Radion, with both fixtures somewhat resembling a Lite-Brite toy from the eighties. 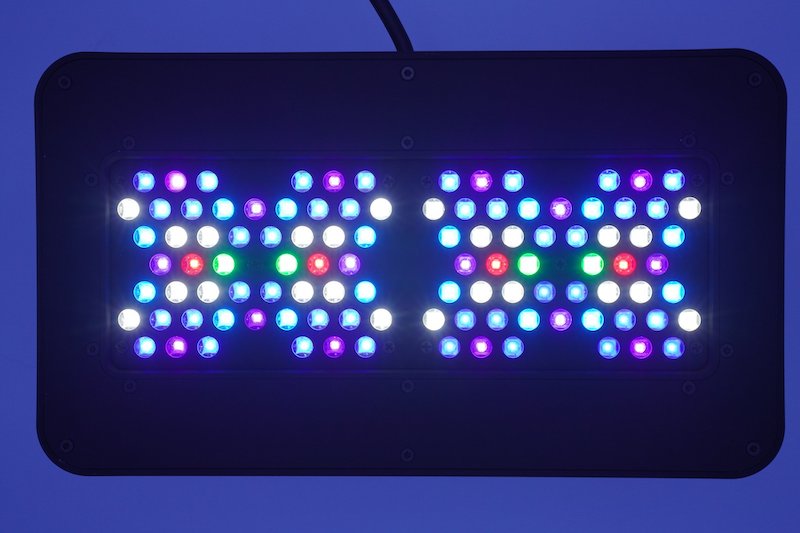 Appearances aside, the near total blanket of LEDs of the SeaDevil Monster II is a proven formula for getting broad light coverage and this many LEDs can easily produce enough light for the fastest growing shallow water stony corals. Wyatt Llightworks stuck with the seven channels of color control and sticks with the most important colors – blue, royal blue, cool white, red, green, violet & UV so it doesn’t incorporate more frivolous “accessory” colors but we certainly wish it had some warm white diodes to balance out the 75% blue LED distribution.

The SeaDevil Monster II certainly promises a great PAR to cost value at $800 but it’s also important to consider the cost of mounting accessories – sold separately – and the user experience of interacting with the fixture using the app and associated programs and features. 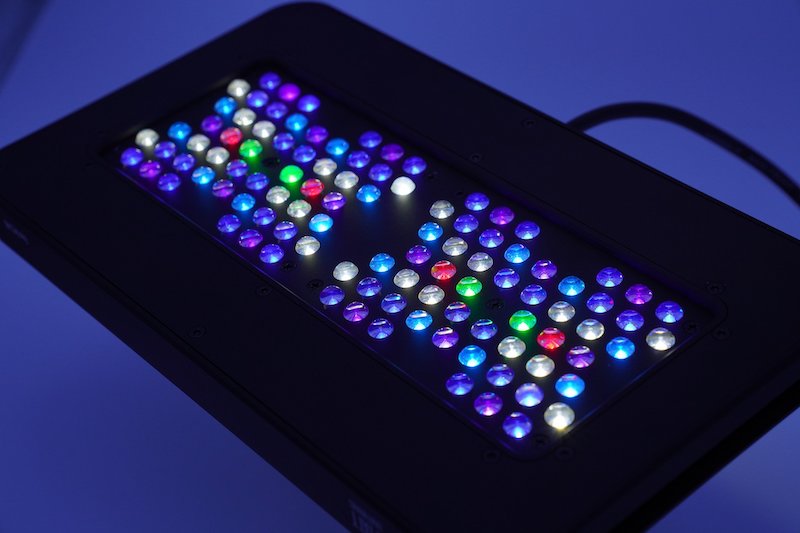