RVS Fishworld needs to tap on the brakes a little bit because they’re fishing up hybrid and aberrant fish so often they’re starting to make them seem common! Just last week we had to agglomerate four different oddballs into a single post, a few weeks before that it was the hybrid suregonfish, a month ago it was the hybrid blueface angelfish, and now we’ve got a super interesting ‘desaturated’ Panda tang to share with the rare fish fanciers reading this.

We’ve never been super huge fans of the mimic tang, Acanthurus pyroferus, since these fish look awesome when they’re trying to imitate various pygmy angelfish species, but just get large and muted in appearance as they mature, although they are still a very attractive fish. However the new white-bodied specimen of mimic tang that RVS Fishworld just unveiled is a truly very unique specimen with a very attractive and compelling color and pattern. 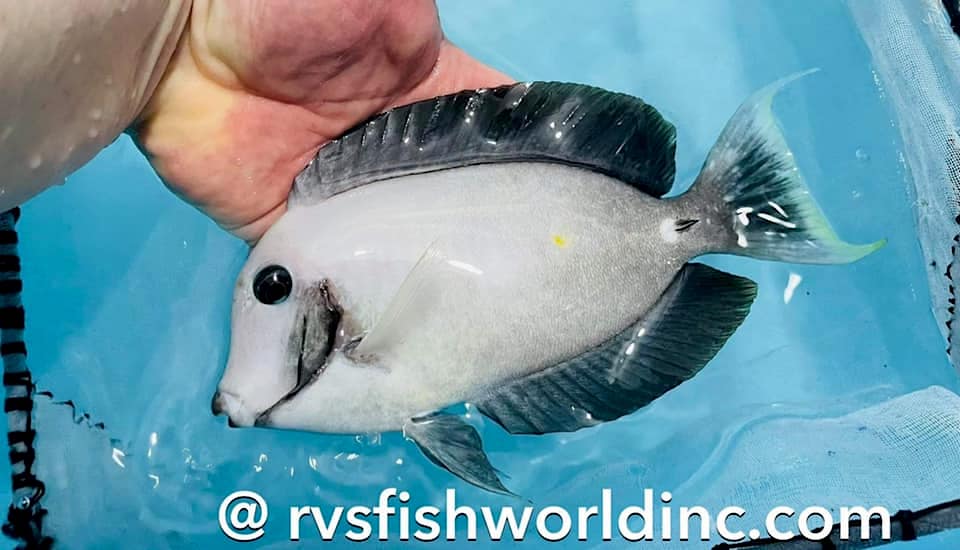 We sincerely prefer this partially white leucistic fish to specimens that are completely white because you know that the dark fins of this mimic tang will make a great contrast to this fish under good lighting, especially in a reef tank. Unlike the golden xanthic undulated triggerfish which almost always become darker shortly after collection, and koi tangs which can vary a lot over time, we suspect that this fish will stay mostly this color in an aquarium environment. 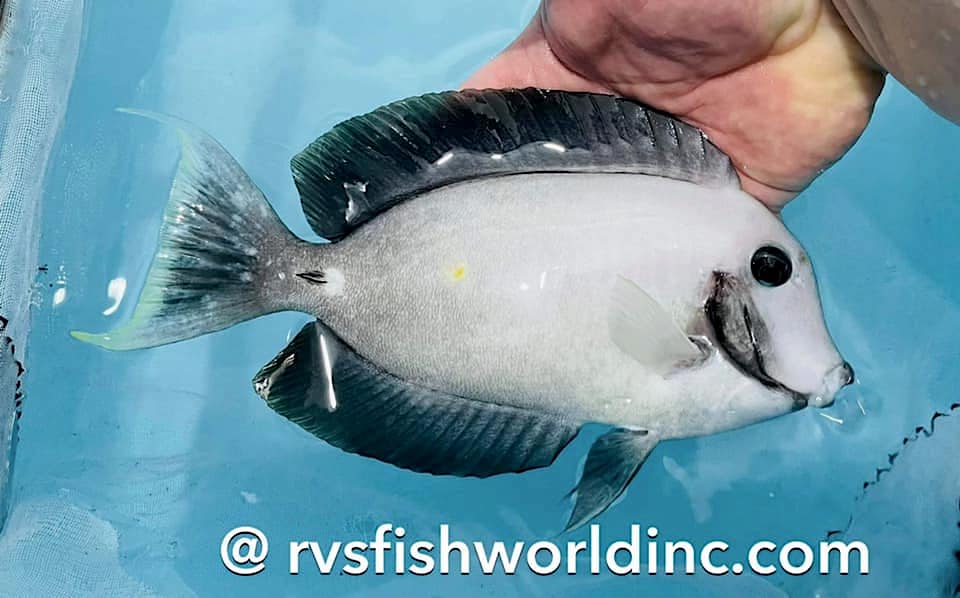 The combination of a white body with black fins, black eyes, black gills and black lips really reminds us of a panda’s color swatch which is more noticeable in the video below than in the pictures above. The unique color pattern of the Panda Mimic Tang is truly unlike anything we’ve ever seen before and we are certain that this fish will be a striking specimen in whatever aquarium it ends up calling its forever home.