It’s been more than a year since we first learned of Seachem’s forthcoming Sentia dosing pumps and last weekend we finally got to see these for ourselves. A dosing pump is a pretty straightforward aquarium tool and most of them have converged on a pretty  uniform, boxy design so the Seachem Sentia’s hexagonal profile is truly unmistakable and will help distinguish it from all others in the aquarium hobby.

As we previously reported the Seachem Sentia dosing pump will come in two models, a ‘primary control unit’ or parent version with built-in wireless functionality which is expected to cost around $150, and a secondary or child unit that will be priced closer to $100. The other very clever feature of the Seachem Sentia is the way that multiple pumps will link up into two, four, eight or even more units but instead of using wires the Sentia has matching connecting pins for power and communication on both sides. 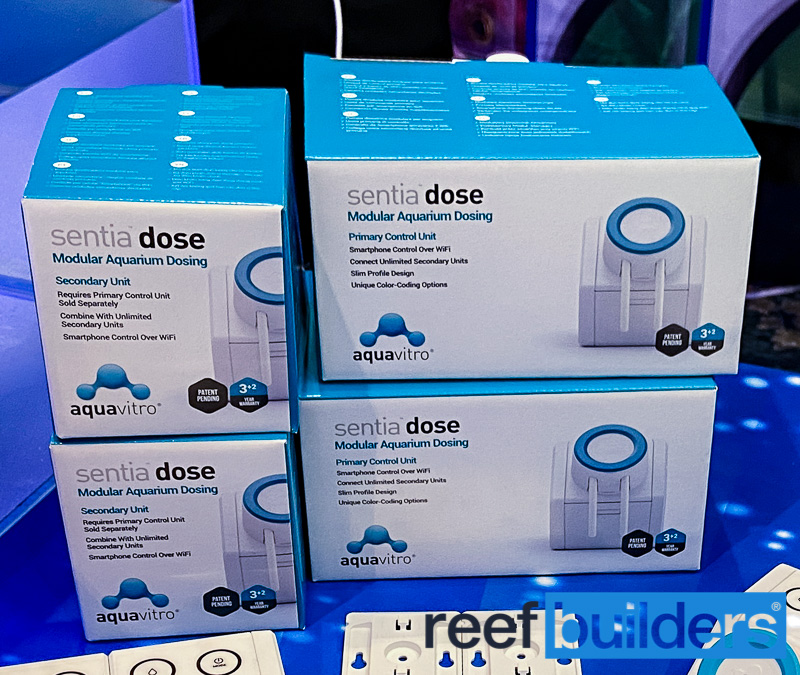 The aquarium hobby and manufacturers have had over a decade of experience to learn from those that came before so we have no doubts that the Sentia Dose’s hardware will be on point but the real lynchpin to the dosing system will be how fleshed out the controlling app will turn out. It really seems like Seachem has put a lot of their bandwidth into the smartphone app with automated dosing adjustment, an open format for dose programming and an adaptive dosing program, but we’re still left wondering if there will be an option for continuous dosing for supplying kalkwasser and calcium reactors.

Unlike Red Sea ReefDose and its colorful tubing Seachem will help users identify the different dosing channels of the Sentia using colorful rings on the dosing pump heads which can be matched with a programmable color of an indicator LED. Some other surface features of the Sentia Dose include a power second status LED to indicate wireless connectivity in the Primary Unit and the link-up in secondary units, as well as a button for priming the pump and another one for power. 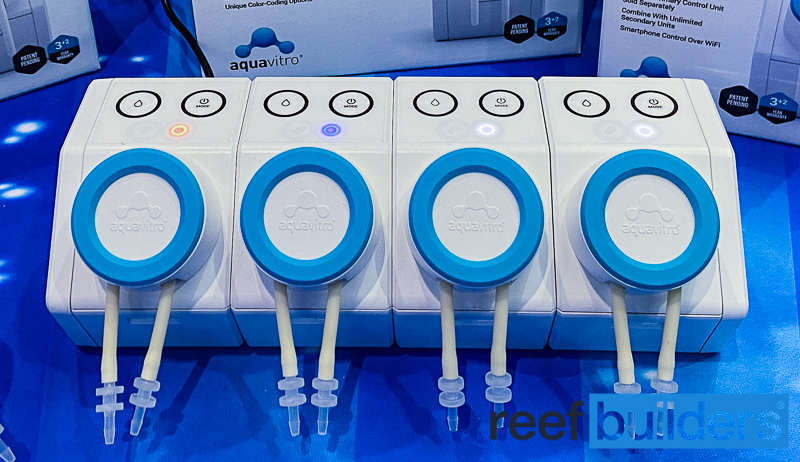 If being around for decades and sold all around the world hasn’t been enough for reefers to try out Seachem additives, the Sentia Dose will certainly be a quill in their marketing quiver to raise the awareness and visibility of Seachem products even more. Like the Tidal power filters the Sentia Dose is being manufactured in Italy by Sicce which is a reassurance that these dosing pumps are from from just another mass produced relabelled aquarium automation device and we are very exited to see how these really perform when they become available later this summer.

May 20, 2021
Site Sponsors
Reef Builders is Supported by: