Acropora caroliniana is a gorgeous and graceful ‘deepwater’ species of Acro with smooth, elegant branches that are most often collected and cultivated in and around Bali, Indonesia. Unlike some more obscure species of smooth skinned or naked Acros like A. suharsonoi or A. simplex, A. caroliniana actually occurs over a wide range through the central Indo-Pacific so it can exhibit a wide range of growth forms that can be challenging to identify as a proper Caroline Acro. 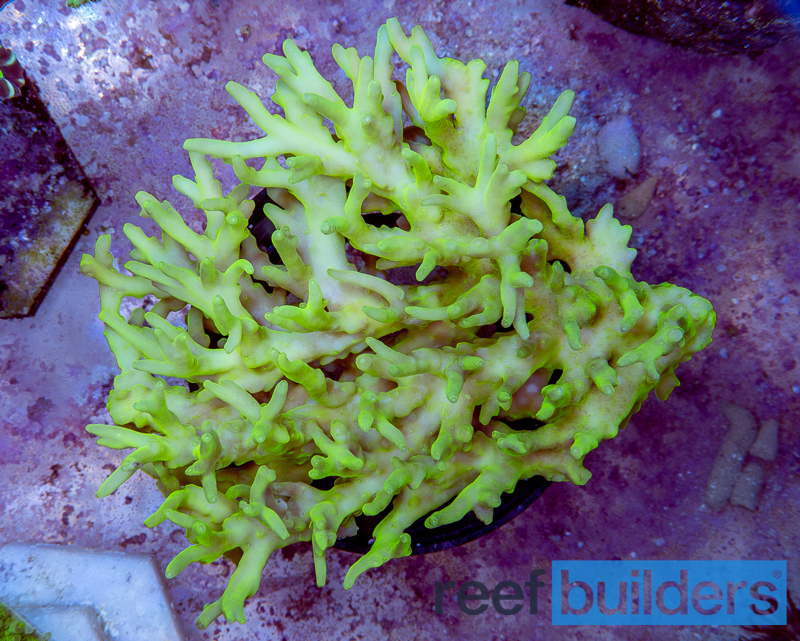 For years we had a mental search image of what A. caroliniana is ‘supposed’ to look like but it’s only recently that we’ve come to realize that our perception of this species was artificially limited. Our first notion of Acropora caroliniana was primed by just a couple images from the original coral ID bible, JEN Veron’s Corals of Australia and the Indo Pacific, and later only somewhat expanded by the three-volume Corals of the World lexicon.

With better documentation and more colonies coming into the aquarium hobby we’ve expanded our definition of the range of appearances that A. caroliniana can exhibit, culminating in a fantastic colony we acquired from Derek Hopkins of Reef Casts. There’s plenty of Acro frags floating around the reef aquarium hobby as ‘A. caroliniana‘ (usually with goofy made up names) but it’s really hard to determine species level identification without seeing at least a few inches of growth to ascertain how it will develop. 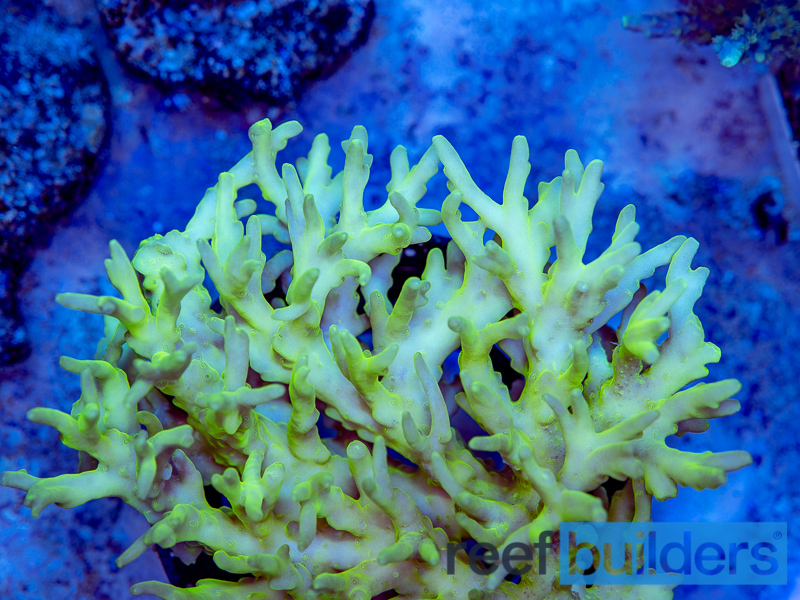 A mature colony of A. caroliniana will have delicate, smooth tapering branches that can grow for half an inch with no axial corallites, looking quite similar to the king of naked Acros, A. suharsonoi which as even longer but has thicker primary branches. No doubt these two species may also hybridize and frags of either cannot be distinguished from each other until they really start growing out and blossoming into their full adult colony shape.

One issue complicating the matter of identifying A. caroliniana is that there likely exists numerous types of hybrids with closely related species, especially with the beloved Acropora lokani. In all fairness, it’s currently impossible to label any Acropora colony as a clear cut hybrid of any two species just by looking at it but we hope that the improvements in genetic testing and technology will make DNA barcoding a possibility in the future. 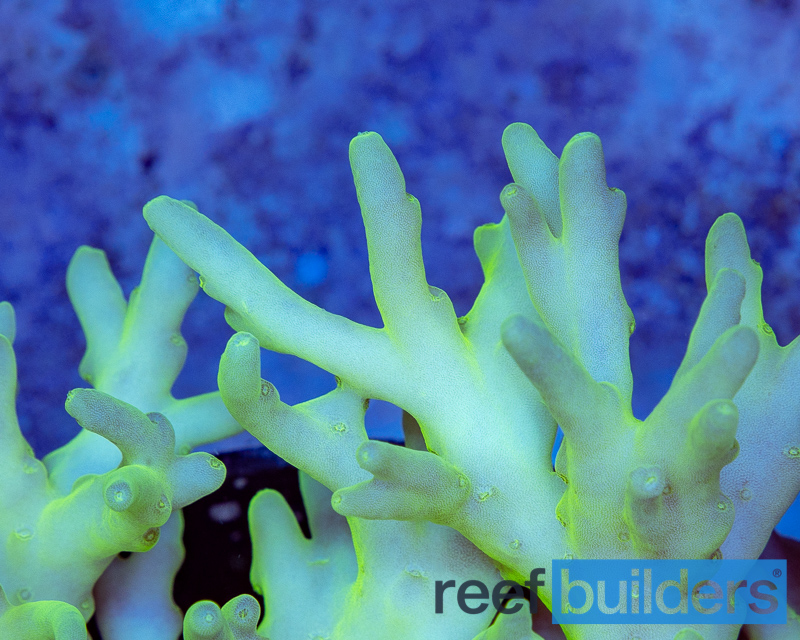 As a huge fan of ‘naked’ Acros it’s both a great time and a challenging time to acquire new strains of so-called deepwater Acros because very few strains are being propagated and harvested, but when they are available they are in such low demand that the prices can be quite reasonable. We’re constantly on the lookout for new specimens of Lokani, Suharsonoi, Elegans and Caroliniana to add to our collection so big thanks to Reef Casts for still offering colonies of these interesting Acros and we’ll be sharing many more pictures and articles of other naked Acro species we currently maintain in the very near future. 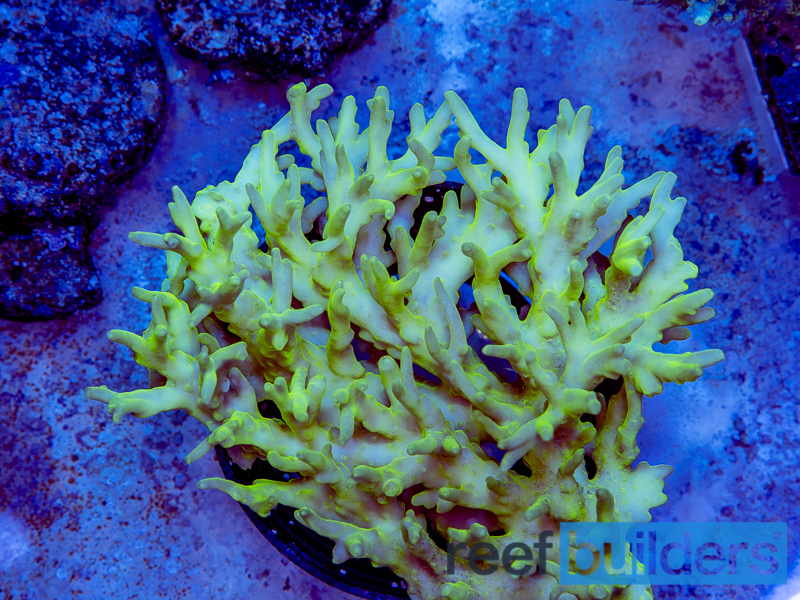