RVS Fishworld Collected The Most Misbarred Regal Angelfish to Date

Regal angelfish are a unique and singular species in their own genus so they don’t have any close relatives with which to hybridize, but they do offer fanciers their own kind of ‘shiny pokemon‘ to keep a lookout for. With their uniform vertical bars most regal angelfish already sport a beautiful pattern of white and gold stripes bordered in black but every now and then we get to enjoy a misbarred or aberrant specimen. 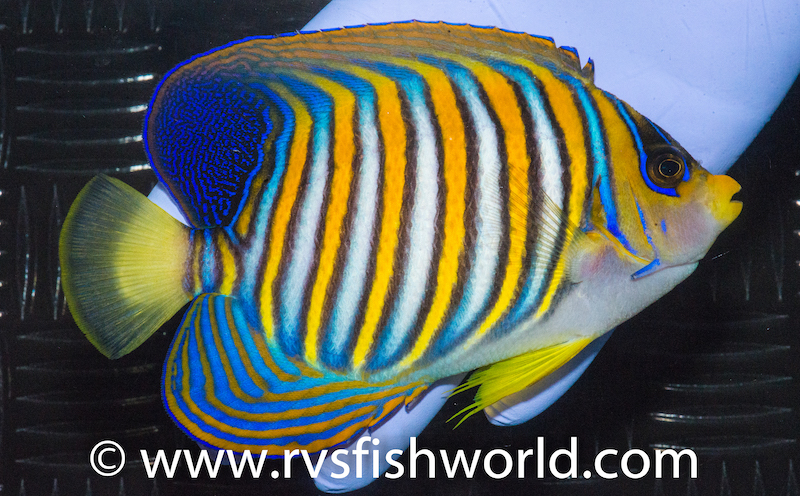 It’s not uncommon to see Pygoplites diacanthus sporting a slight deviation from their usually clean bar markings but sometimes they develop into a very unique scribbled appearance and no two misbarred regal angelfish are exactly the same. Furthermore the aberration can occur on both sides of the fish but bizarrely sometimes if can occur on just one side such as in the specimen that RVS Fishworld recently got their hands on. 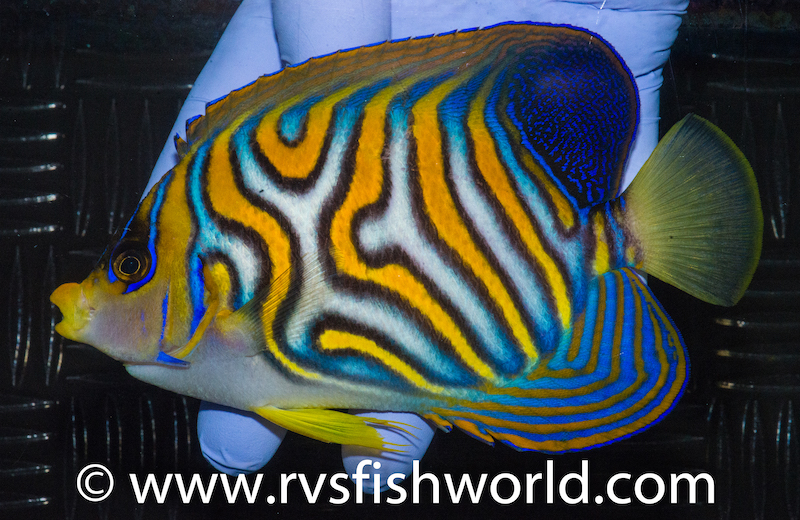 Although the unusual pattern is visible only on one side of this grey-chested Pacific Ocean morph of Pygoplites it is one of the most extreme aberrations we’ve ever seen with lots of sinuous curves in the Y and X shaped bar markings. This newest example of a shiny regal angelfish would make a very interesting ornamental or pet fish since on one side it’s totally normal and book-worthy while on the other side it’s a complete surprise of fun and surprising black, yellow and blueish white markings.

Everything We Scored While Touring 15 Shops for #LFSsaturday