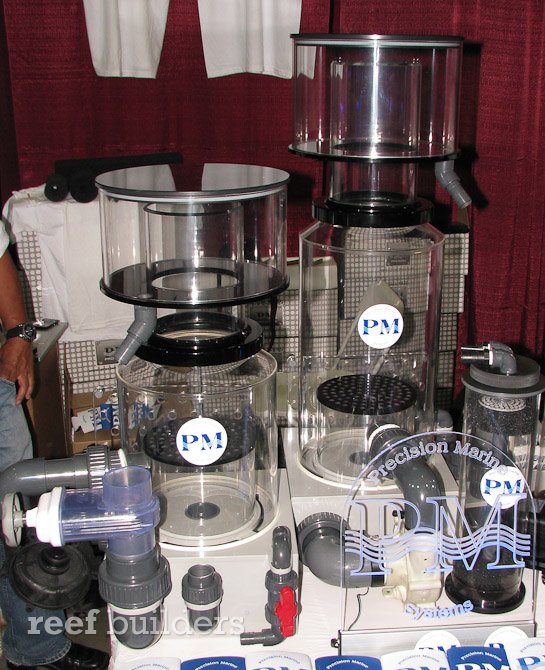 The Mach Protein Skimmers are a new line of high performance needle wheel fractionators from the fine acrylicsmiths at Precision Marine. Like the Orca Pro series from My Reef Creation, the Mach Skimmers will utilize the high capacity Orca needle wheel pump from Reeflo although they’ll be using a stock needle wheel instead of the CNC’d version that MRC is using.

In either case, both Orca based skimmers are built with great materials and crafstmanship and they’d both be able to go to war and back without being any less for wear. The Mach skimmers from Precision Marine we saw at Reef A Palooza were prototypes and there will be at least two models. The Mach 1 and Mach 2 skimmers will sell in the neighborhood of $1000 each with probably a couple benjamins in difference between the Mach 1 and Mach 2. No word on when full production of Precision Marine’s Mach skimmers will begin, but for now there are more pics after the break.