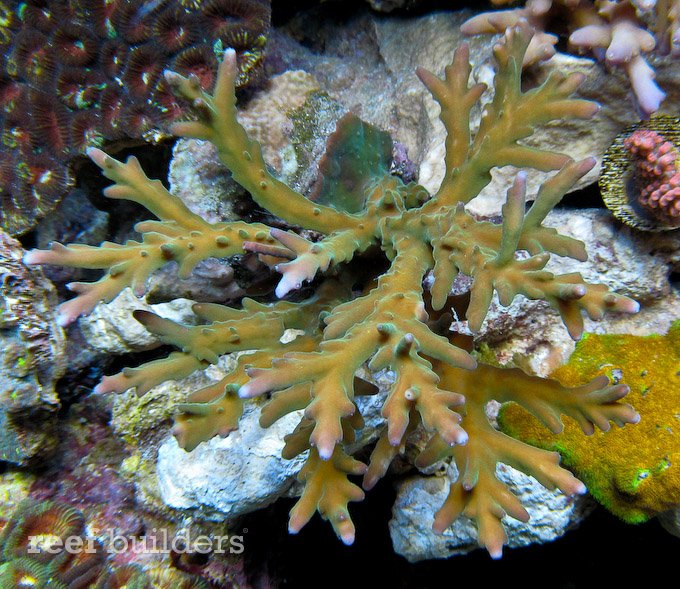 It’s not often we can say an Acropora colony is thisorthatensis but in this case, Charlie Veron himself stopped by the Route 66 Marine booth at MACNA and he identified two ‘deepwater’ Acropora as being Acropora elegans. Like Acropora derawanensis from a couple weeks back, Acropora elegans and other smooth-skin Acros are really in a league of their own, with unusual shapes and colors which are very different from your typical colored sticks of staghorn, pillow and plating Acropora strains.

The smooth-skin deepwater Acros are different typical SPS corals in that they need much less light and water flow than is usually given in an SPS reef aquarium – these are best placed in a community reef tank with moderate but direct lighting. Many reefers are still unaware of how beautiful and colorful these loose branching corals can become, because like the Acropora elegans pictured here they are often pale colored on arrival and they take longer to come back to full growth and vitality than their shallower water counterparts.

Deepwater Acros also tend to grow slower so that is why we haven’t seen a plethora of frags of the deepwater acros being traded across the country. We’ve seen a decent number of Acropora elegans and similar species over the years but the specimens that Route 66 brought to Des Moines were some of the best colonies we’ve seen in a long time as far as shape and size goes. Hoepfully they’ll make it to a perfect home where the tan one can become mostly green with purple tips and the other one looks like it’ll go mostly purple. 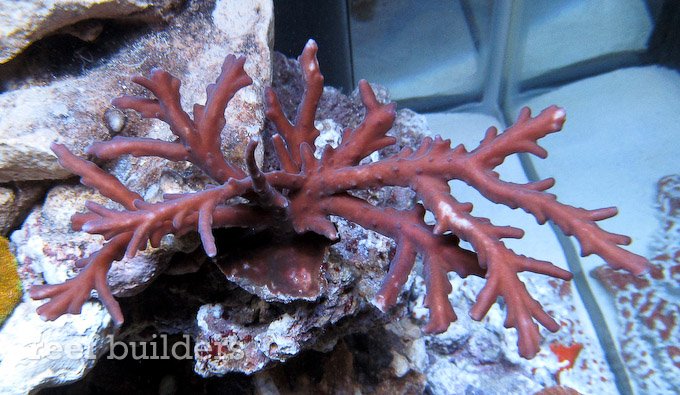