Rhinecanthus cinereus: A closer look at one of the rarest aquarium triggerfish 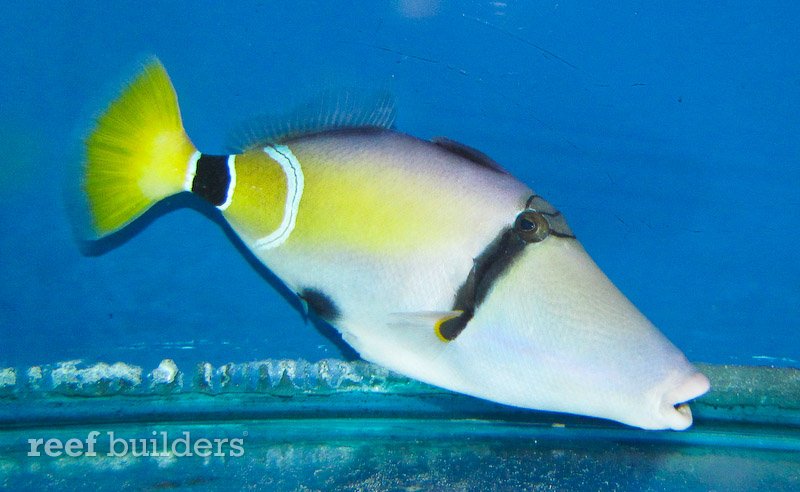 One of the best parts about traveling to aquarium events like the House of Fins annual SPLASH event is to see rare, unusual or show size marine animals but in the case of their Mauritius triggerfish it was all three. Only very recently have we seen an increase in the imports of reef fish from Mauritius beyond the trickle of gem tangs, and one of the most exciting endemic species is Rhinecanthus cinereus. After watching a few Mauritius triggerfish go to Japan, it was really something to see this unique species make it to the United States for us to get a closer look.

Unlike clownfish which are being created into new strains and colors on an almost daily basis, if you are a fan of triggerfish there are only so many species to choose from and we very rarely see new triggerfish species, especially at the ornamental aquarium level. The House of Fins Mauritius triggerfish was a perfect example of an unusual triggerfish and at eight to nine inches long it showed off the characteristics of an adult R. cinereus very well. Priced in the thousands of dollars, the Mauritius triggerfish is out of reach of most aquarium allowances but if you want a similar looking fish with the same peculiar elongated snout, we recommend the Tonga triggerfish, Rhinecanthus lunula, which is much less expensive and at least infrequently available.

CoraLed brings LED lights from across the pond