Gorgeous BlackReef controller shown off with its independent modules 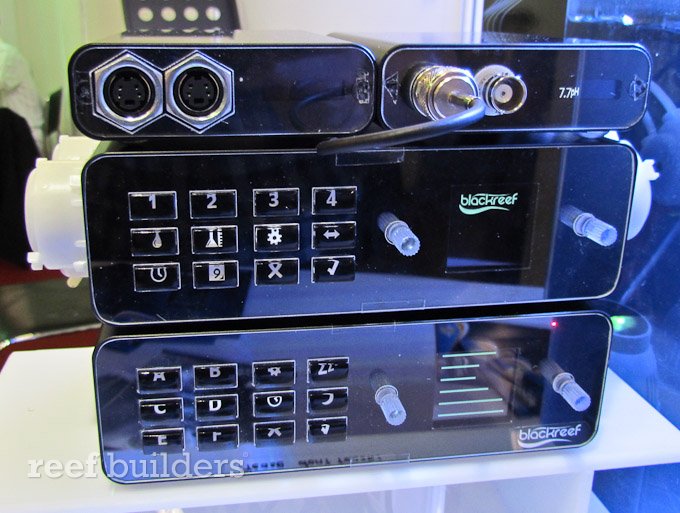 The Blackreef controller has been teased first in a brochure and then in a video demonstrating its touchscreen controller user interface. Of all the things the Blackreef controller has going for it, the iPhone-esque ‘remote’ is what excites us the least. What does get our heart rate rising is the beautiful mirrored finish of each individual module, the mini LCD display of each module and the hardwired buttons and RGB potentiometers that allow the BlackReef modules to each be operated independently of the master touchscreen controller.

Like the Vertex Cerebra, the Blackreef controller is taking its sweet time being developed by a unique team of engineers based in Europe, the Blackreef team coming from Switzerland. What we like most about the Blackreef aquarium controller is a completely radical departure from the interfaces of the Apex, the ReefKeeper, the Profilux, the Reef Angel and the forthcoming Cerebra. The duality of touchscreen interface and the hardware buttons will allow users to interact with the Blackreef in whatever way they are most comfortable with.

The few different Blackreef modules we saw at InterZoo 2012 include a four-head dosing unit, a pH controller, an orp and conductivity controller, a combined pump wave controller with a built-in electronic 200 watt power supply and of course, that much-touted touchscreen interface to master all the separate blackreef modules. A forthcoming networking module will allow users of the Blackreef controller to get their whole system online and accessible via their computers, smartphones, the web and to receive text/sms messages.

As if Blackreef didn’t have enough of a workload on their hands, at InterZoo they also showed off small ‘slices’ of their forthcoming LED light which will also be controllable with a module of their controller system. Blackreef is still working hard to get the whole system ready to market, and they anticipate a Fall launch date at which time the pricing for the Blackreef controller will also become finalized. 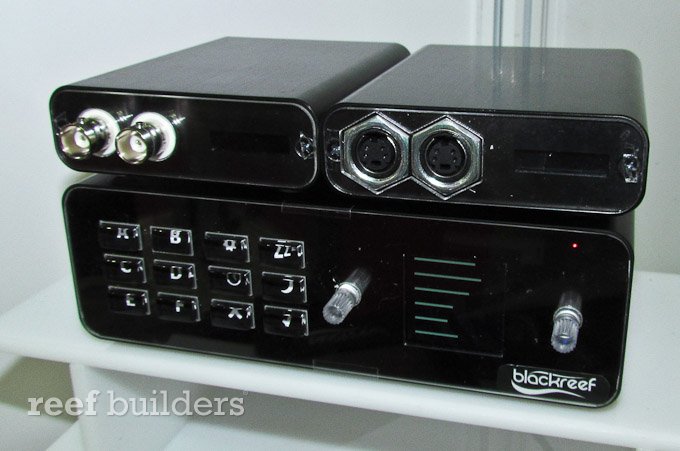 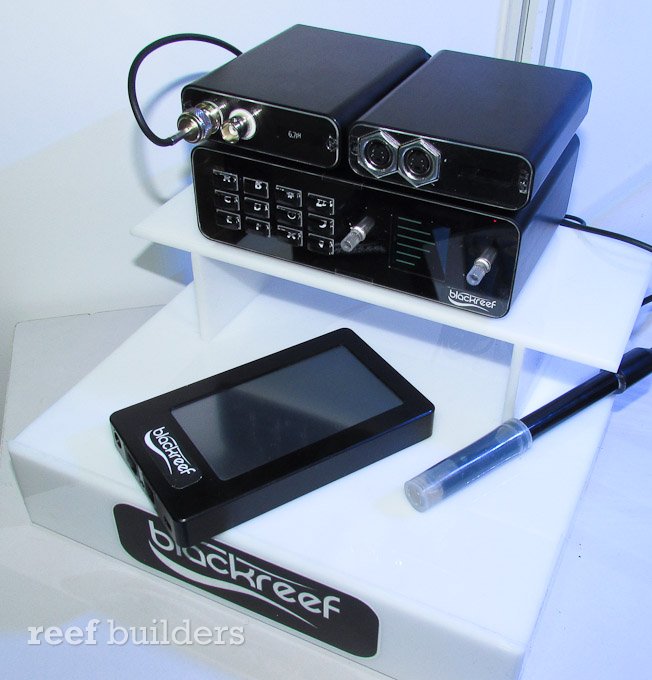 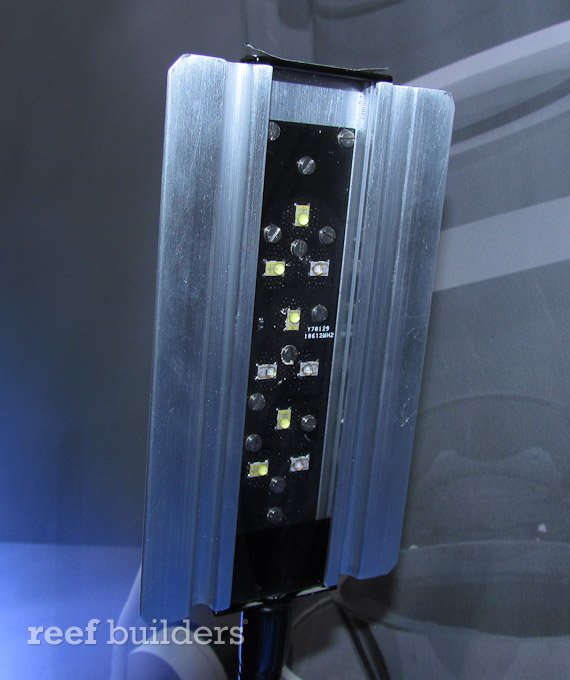 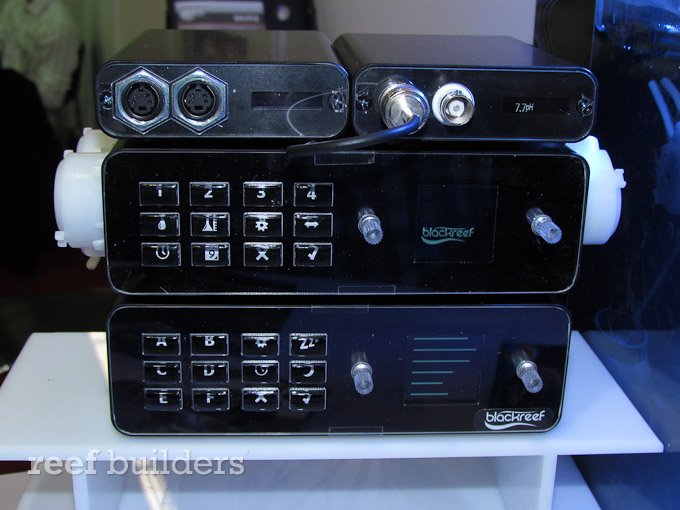 AquaLighter LED are slim and sleek LED striplights from the Ukraine