The Toledo Zoo has been a Northwest Ohio treasure for over 100 years, and among this world-class institution’s many must-see attractions is its historic Aquarium. For aquarium hobbyists, divers, and other visitors with a passion for the world beneath the waves, the Aquarium is usually the first stop on a very full itinerary.

While staying focused on the preservation of its rich historical heritage, the Toledo Zoo always keeps an eye on the future and continually strives to provide state-of-the-art exhibits that engage, enrich, and educate visitors of all ages. With this in mind, the Zoo recently launched an ambitious renovation of the Aquarium, slated for completion in 2015. We’re extremely grateful that Jay Hemdal, Curator of Fishes and Invertebrates for the Toledo Zoo, has graciously offered to post regular updates on this fascinating project right here at Saltwater Smarts. Check back often for Jay’s latest insights! (Editor) 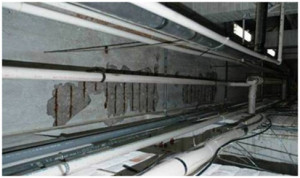 The Aquarium building at the Toledo Zoo opened in 1939. Originally housing only freshwater fish, this W.P.A. (Works Progress Administration) era building gradually had marine exhibits added starting in the 1970’s. Through the 1990’s to 2012, the animal collection housed in the building more than doubled.

During the forty years, salt from the marine tanks damaged portions of the concrete infrastructure. Additionally, the life-support systems for many of the exhibits were in need of an upgrade. Public aquarium design has changed greatly in the 70 years since the Toledo Zoo Aquarium opened; exhibits today are larger and more closely replicate natural habitats. For these reasons, a new, more interactive aquarium was planned.

What can you expect from the Aquarium renovation?

In 2010, a project architect was selected (EHDD—who designed the Monterrey Bay Aquarium). A local firm, Rudolph-Libbe, was selected as construction manager. Two years of intensive design culminated with the old Aquarium closing on October 1, 2012. All of the fish were moved out (more about that later!), and demolition of the interior began in January of 2013.

The exterior of this historic building will remain basically unchanged—except that an entrance to the building across from the Zoo Amphitheater will be restored, after being blocked off many years ago. The interior of the Aquarium will be essentially completely new. Every existing exhibit will either be replaced with larger exhibits or completely renovated.

The water volume of the exhibits will increase from 46,000 gallons to 170,000 gallons to accommodate 3,700 animals of 200 species displayed in 32 exhibits. There will be two 2,100-gallon live-coral exhibits, one for stony corals and the other housing soft corals and a huge Tridacna clam. Life support systems will change from basic biological filters to foam fractionators (protein skimmers), ozone, and drum filters. This $25.5-million project is supported through public and private funding, including a Lucas County capital levy and private donations.

The new exhibits will be much more interactive for visitors, from a shark/stingray touch pool to divers in the coral reef exhibit talking to the audience through microphones in their dive masks. Visitors will be able to interact with invertebrates in a laboratory setting and even change the color of the lights over the jellyfish to get a different view of these fascinating creatures. The electric eel exhibit will have a shocking interactive component as well! New animals include sea turtles, Pacific sea nettle jellyfish, bonnethead sharks, and many more. 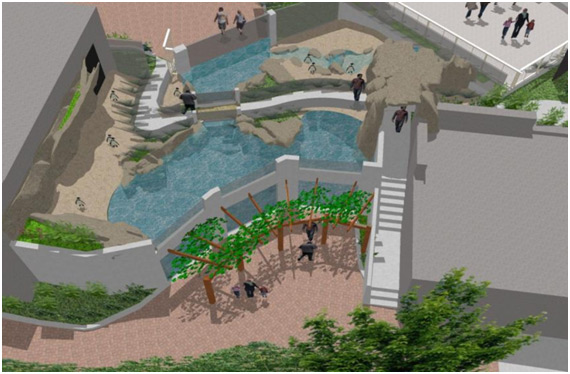 In addition to all this, a new 40,000-gallon outdoor penguin exhibit is scheduled to open in 2014.

Stay tuned for more updates as we follow the entire renovation process until opening in 2015. We will be offering behind the scenes coverage and in-depth insights on the upcoming saltwater exhibits.