The AquaSun LED light in regular and HO flavors by ZooMed is a light fixture which we first got wind of several months ago but had to come all the way to Singapore to confirm. Here at Aquarama ZooMed showed just a little more skin of its forthcoming Aquasweep rotating filter attachment as well as the AquaSun LED fixtures.

The regular and HO (high output) versions of the AquaSun LED fixtures are breaking exactly zero new ground with super simple, tried and true recipes for a shiner using light emitting diodes. The base ZooMed Aquasun LED uses numerous low output SMD LEDs which produces a very even light field although not an intense one. 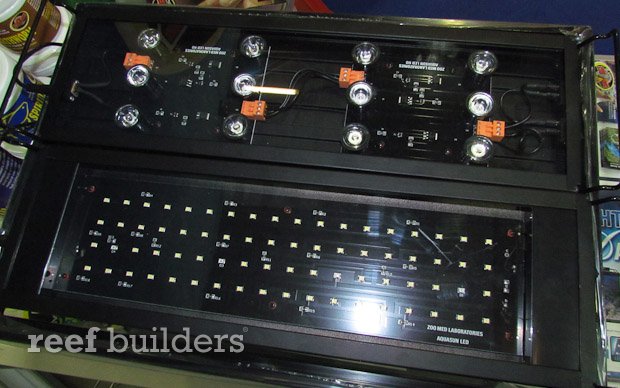 The HO version of the AquaSun LED uses just a handful of high powered one watt LEDs in two thirds white and one third blue colors. Both AquaSun LED have separate switches for turning the whites and blues on and off for blue/moonlighting effects. The heatsinking is moderate in both versions of the AquaSun LEDs with a boxy designed housing reminiscent of a wider AquaticLife LED strip.

The AquaSun LED with low power diodes will be available in only an 18″ size while the AquaSun LED HO will stretch across 18, 24, 36 and 48 inches long when they drop on the aquarium (and reptile) markets. 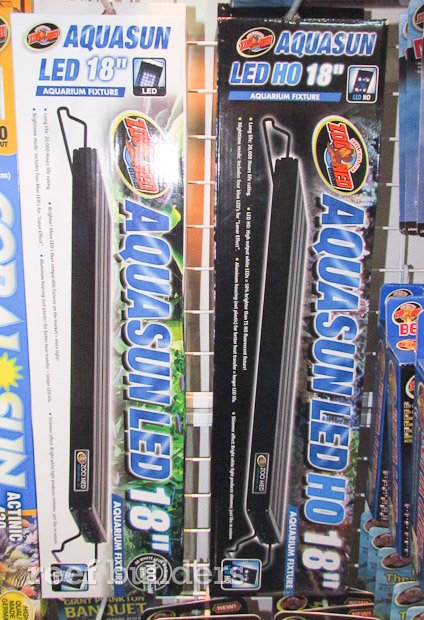 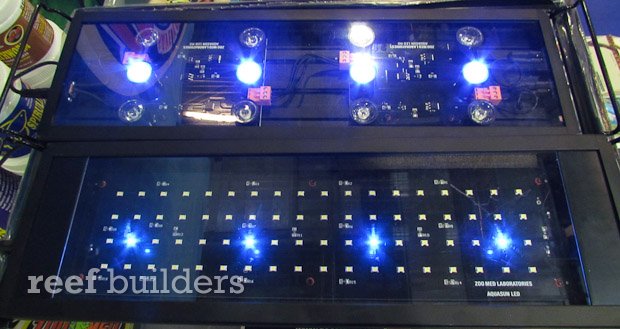 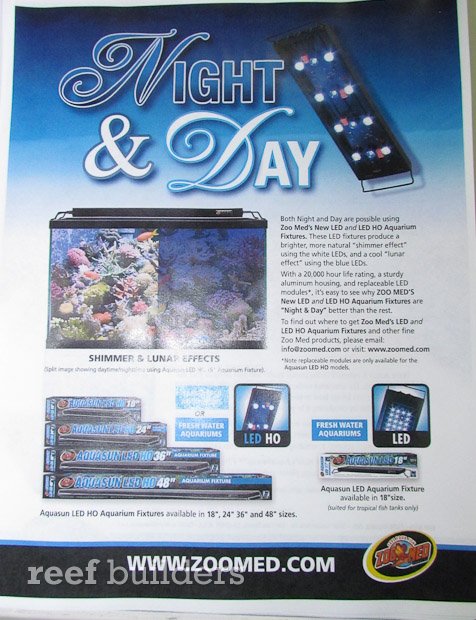 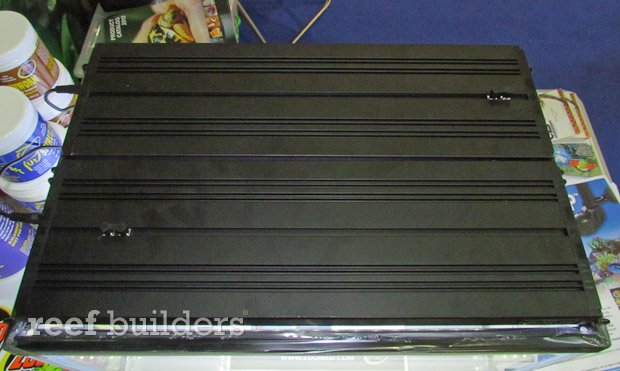