As if Australia isn’t one of the luckiest continents with the largest reef in the world, a new reef has been discovered in the far south at Wilson’s Promontory Marine National park . This reef is a deep one, 300 feet deep, which is certainly to delight any deep water fish and soft coral enthusiasts.

This new subtemperate reef had never really been explored due to its depth, but the recent advances in Remotely Operated Vehicles (ROV) made it possible to explore at length. The amazing footage speaks for itself, many oddities can be seen and it’s only just scratching the surface of what might living in crevices, caves, and channels.

As divers, we are delighted about this news. And it’s always refreshing to see new discoveries such as this compared to the gloom we often hear about the eroding reefs around the world.  [Telegraph] 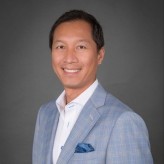