The new Wide Bar Black Gladiator Clownfish is a new take on one of the oldest and most classic of all clownfish strain. Theis new version of the wide bar gladiator is an evolution on Sea & Reef Aquaculture’s homage to the first clownfish trait to be recognized and enhanced in domestic clownfish breeding. 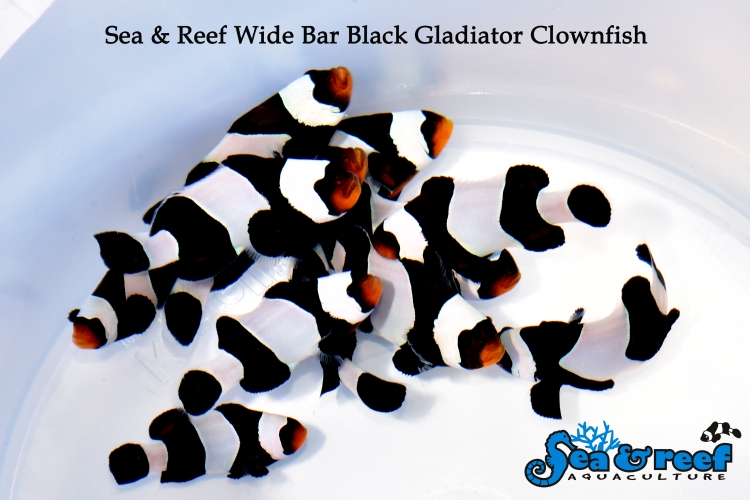 Sea & Reef began this undertaking only a few short years ago when they (re)introduced their own wide bar Gladiator Ocellaris clownfish, a classic strain from clownfish breeding pioneer C-Quest. It wasn’t long after that same year that Sea & Reef followed up with a darker take on the concept with the Wide Bar Mocha Gladiator clownfish which featured a mostly brown body and orange underbelly.

Now the journey of tinkering with the wide bar trait has reached its inevitable conclusion with the releases of Sea & Reef’s new Wide Bar Black Gladiator clownfish. It may not be the flashiest clownfish strain compared to the all white, leopard, frostbite, platinum snowflakes we see today, but it is objectively a very attractive fish which preserves most of what makes a classic darwin ocellaris clownfish great. [Sea & Reef]

This Persian Gulf Reef is Home to 400 Million Cycloseris!