There is a saying that time does not pass, it continues. We originally did an article that we published way back in November 2014 called “A masterpiece is born: time lapse aquascaping of World Wide Corals’ new show tank”

Now let’s fast-forward to this past April 2018 we were down in Orlando covering Reef-A-Palooza Orlando and decided to head on over to WWC to check out some goodies. During the visit several of us “Reef Geeks” were standing in front of this tank and it was obvious to us that this tank has certainly reached a very high level of maturity.

The coral growth and coloration this tank has achieved has been simply amazing. Keep in mind that this entire tank was grown from WWC In House Farmed Frags and the coral selection is predominately SPS Corals (mainly Acropora). That night the topic of how long the tank has been up and running came up. 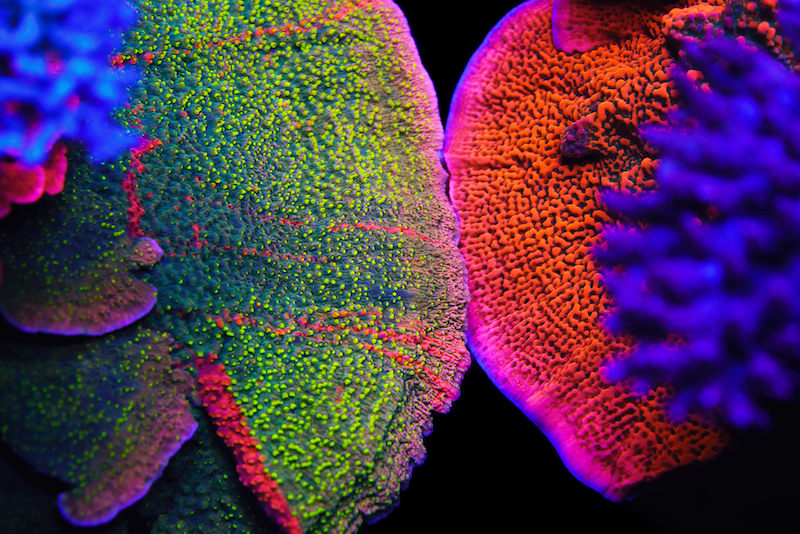 There was some debate however we decided to go right to the source since we were in house and spoke to Victor. Victor is one of the founders/owners of WWC and is also the mastermind behind the planning, design, and implementation of all aspects of this tank. We were shocked when we realized that over 3 plus years had passed since this tank was set up. 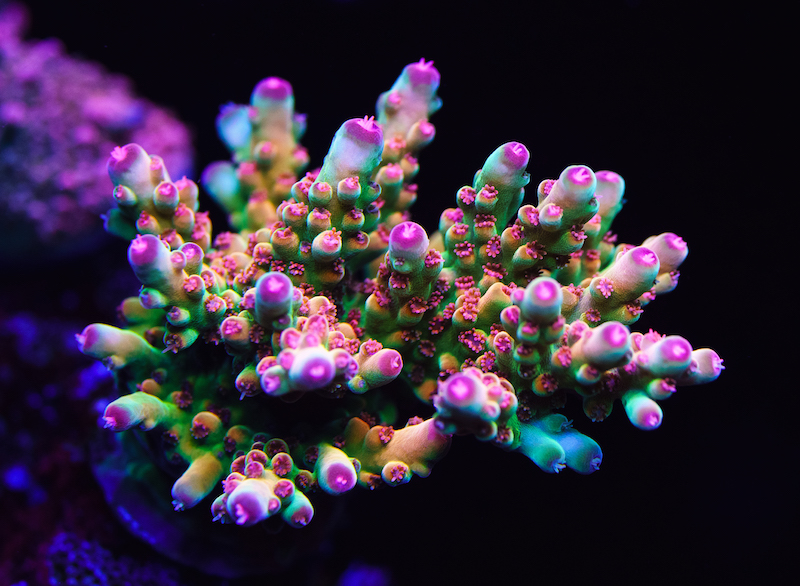 In the 1st article we covered the beginnings of the tank, the aquascaping and discussed what was then the future for this tank. This time around we want to profile the livestock and the equipment and what this tank has become. Let’s start off with the hardware and dry goods then we will get into the livestock and what we all want to see…. eye candy! 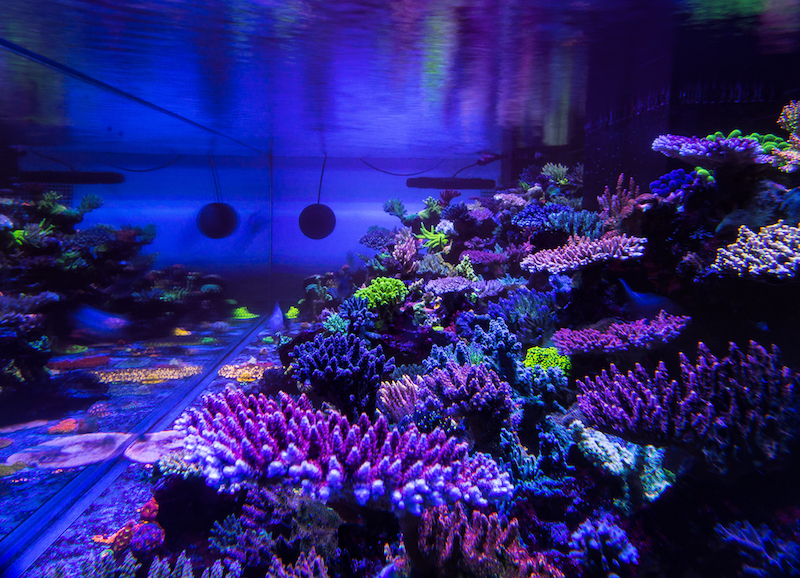 From first glance at the tank it is easy to tell this tank has become a “tour de force” of a reef tank. This tank is home to some of the most sought after sticks and montis in the hobby today, including the following: 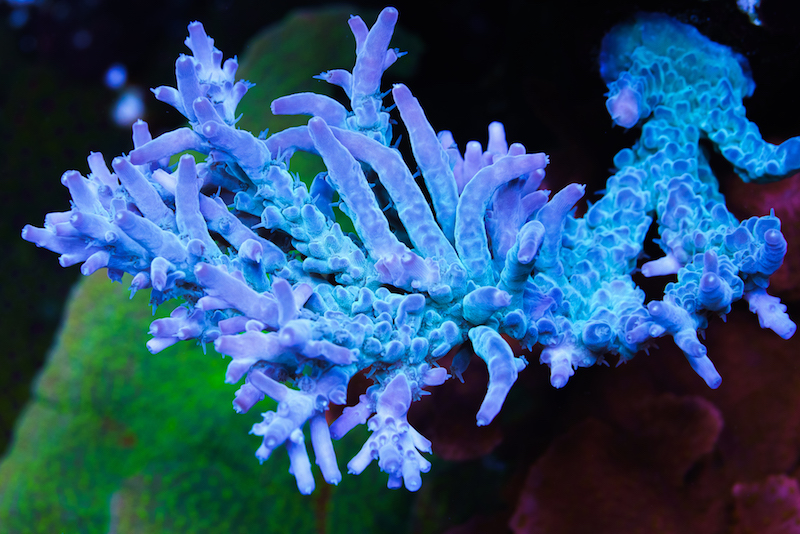 Not to be out done, the LPS and Softies are off the hook! Our 900 features; 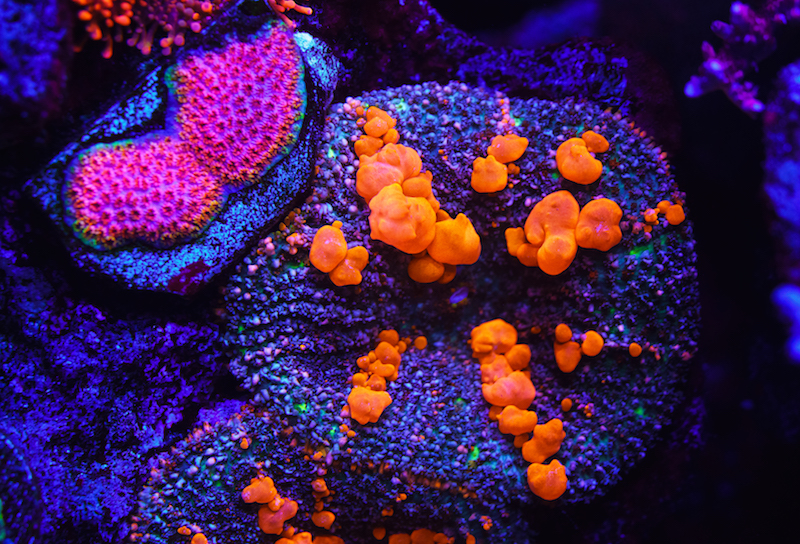 We also have more fish than you can shake a stick at; 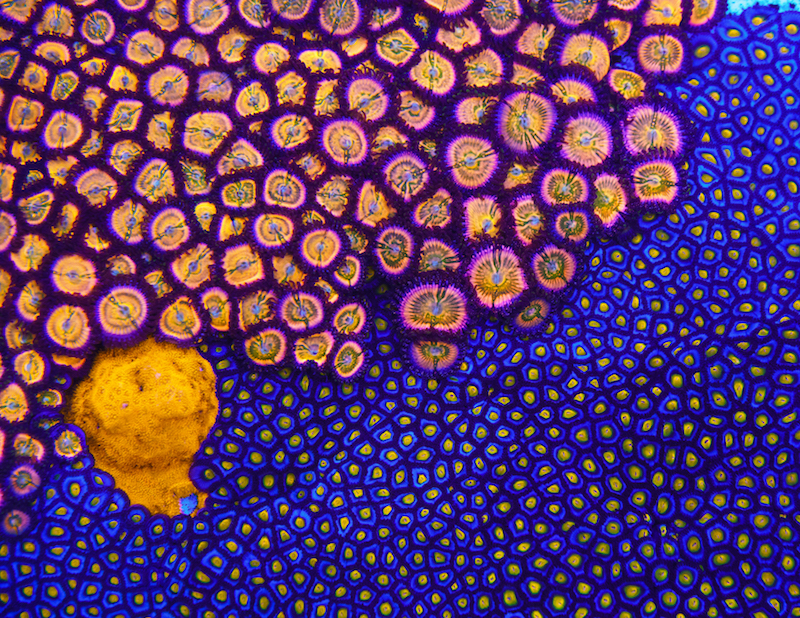 The parameters of the tank are the following

This tank obviously was very thought out starting with the selection of the equipment, choice and placements of the live rock, Next was the proper & careful placement of the eye-popping corals. Then there is the fish selection including the gang of tangs lead by White Chocolate the Aberrant Scopas Tang . This tank certainly continues the legacy of a long line of amazing World Wide Corals Reef Tanks.

Be sure and watch the highlight video showcasing many of the 900 gallon reef tank’s most colorful corals and don’t forget to subscribe to our YouTube channel if you haven’t already. 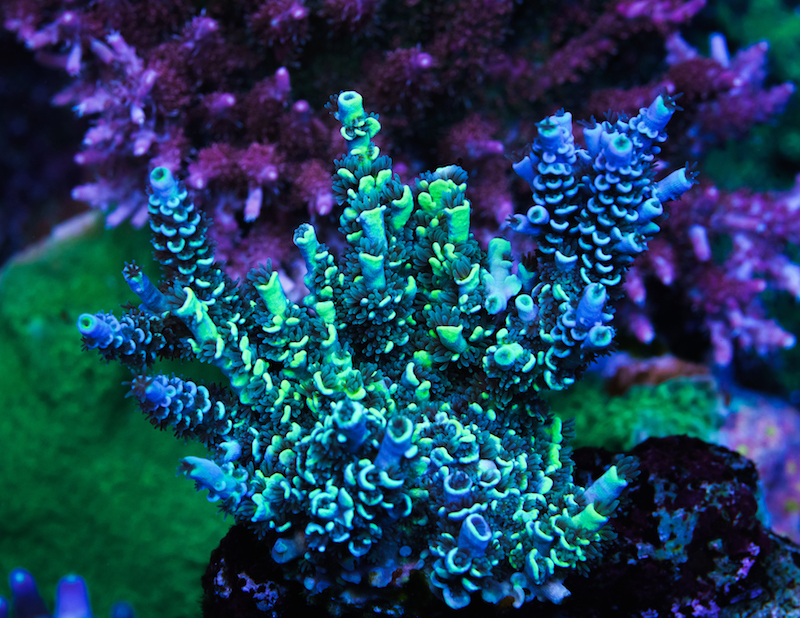