This Super Green Kenya Tree’ from Reefkoi is the Bomb!

Soft corals are one of the most overlooked group of corals in the aquarium hobby, which is a darn shame since there’s so much variety to appreciate. The most recent softy to really perk up our polyps is a super green variety of the almost invasive Kenya Tree coral.

There’s actually a few brown soft corals that go by the name of ‘Kenya Tree’, both of which belong to the genus Litophyton, not to be confused with the Lithophyllon colonial disc corals. The Litophyton genus of ‘Kenya Trees’ itself also includes at least thirteen different species, many of which could be variable both in color, shape and growth form. Also don’t confuse it with another soft coral genus called Capnella which is often seen in a minty green, but much more commonly available.

The Super Green Kenya Tree has the same branching structure as the common brown Kenya Tree, but it gets larger and doesn’t appear to self-propagate the way the weedy strain does. While this means that it may not be distributed through the aquarium hobby quite as quickly, it also means that this super green strain of Litophyton will develop into larger and more showy colonies. 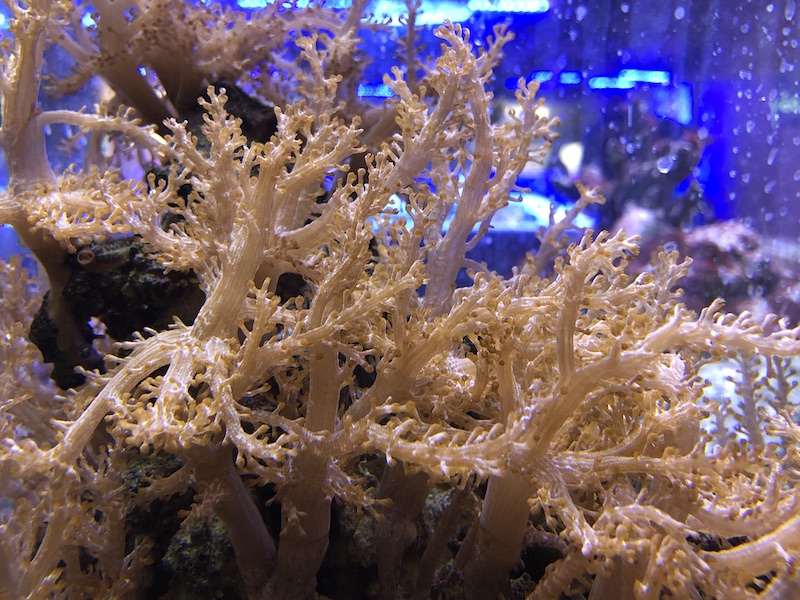 We picked up a frag of the Super Green Kenya Tree from our old reefing pal Reefkoi in Colorado Springs and while the pictures certainly resemble Cespitularia, in real life this coral is definitely a more typical softy in shape. Thankfully, Reefkoi had a large mature colony of the common brown Kenya Tree for us to photograph and make a good comparison with his very vivid super green variety.

Like all desirable strains of soft coral, we don’t suspect that the Super Green Kenya Tree will grow as fast as the super common version, but it’s still a soft coral and will grow faster than a stony coral. We’re super thrilled to add this super exotic variety of neon green Litophylon to our collection at the Reef Builders Studio and will be sure to update you with details of its growth and preference in a reef aquarium environment. 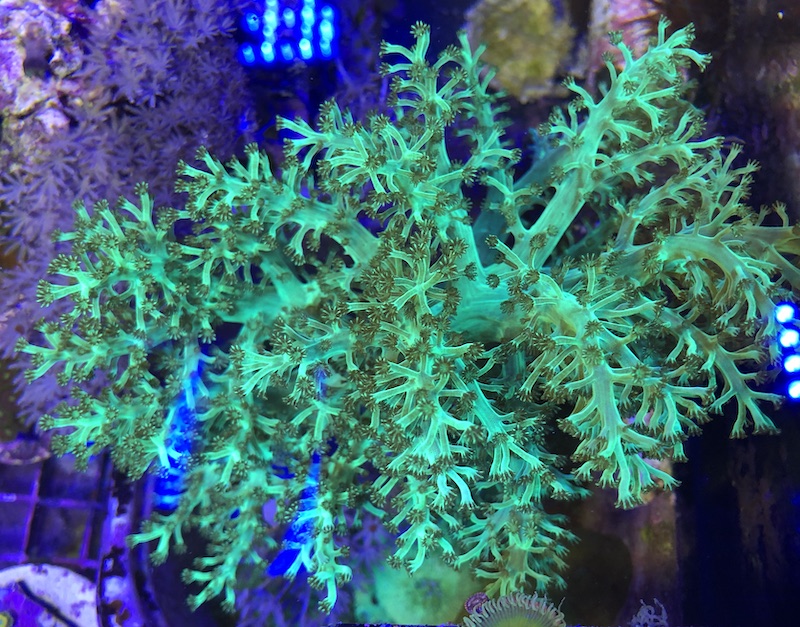 See also  Observations on a “new” soft coral in the hobby, Paraminabea rubeusa, by Julian Sprung

Reef Fanatic Still Makes one of the Best pH Controllers

May 23, 2019
Site Sponsors
Reef Builders is Supported by: