The Flip Kick camera phone filter is a new reef aquarium accessory from Fl!pper, makers of the magnetic aquarium cleaner and scraper. Just like their popular glass cleaner and DeepSee magnified viewer, the Flip Kick has a magnetic element that allows the desired filter to attach to your camera phone. 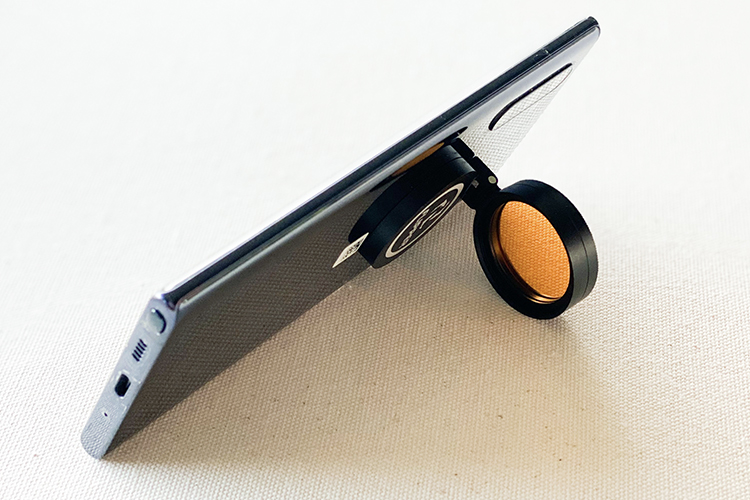 The way the Kick Flip works is that a metal element is attached to either your phone or phone case, which then enables the Flip Kick to magnetically attach to the device. We can think of some occasions and situations when having this form of camera phone filter is preferable due to having a thick phone case which is too thick for a clip-on style filter. 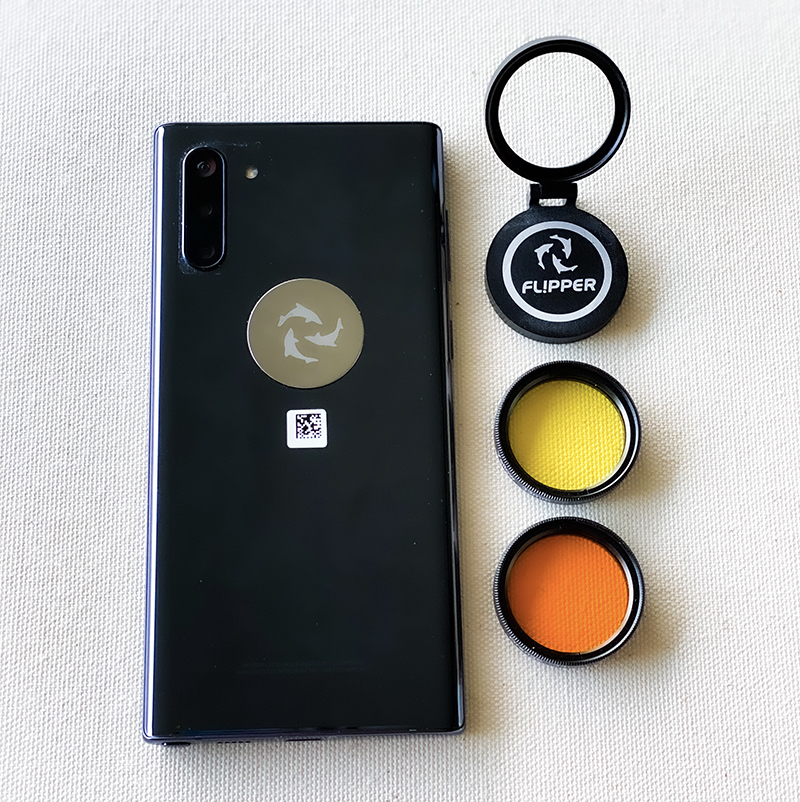 Better yet, the Flip Kick doesn’t have any camera cutouts to the entire colored filter can be used to cover singe, dual and maybe even some of the newer triple camera lens setups all at once. But for us the clearest advantage is that when taking top down closeups, the protruding clamp itself can shade or block light from reaching your subject, but since the Flip Kick is flush with the body, it doesn’t incur anymore shading than the phone itself.

It would have been next-level if Flipper went above and beyond and made the interchangeable yellow and orange lenses magnetic as well, but at least the lens holder can double up as a phone stand when not used for taking photos. With so many reef aquarium camera phone filter kits on the market today, the $35 dollar Flip Kick by Flipper is a compelling option and is likely to compliment most mobile camera photography setups. [Flipper]

Plerogyra diabolotus, the Devil's Bubble Coral in our Reef Tank!