Have We Reached ‘Peak LED’ With this 1500 Watt Multichip?

Light Emitting Diode technology has come a long way over the last decade, transforming the artificial lighting landscape for all applications, not the least of which are aquariums. Where once we were in awe of small and seemingly bright one watt single diodes, we then quickly escalated to large multichip LEDs up to 100 watts and then 500 watts into a single package. 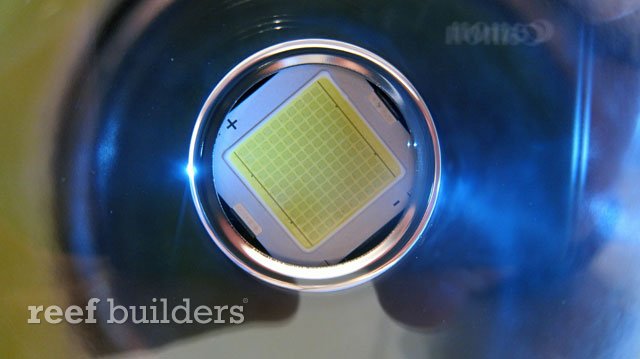 With so much power, light, and heat packed into such a small package, it becomes increasingly difficult to disperse all that light and manage all that heat, this doesn’t begin to address the associated power supplies and voltage regulators involved with powering these lights. Nowhere is the reality of driving such intense multichip LEDs more stark than in the new 1,500 watt COB LED package from Yujiled as employed by DIY Perks on YouTube. 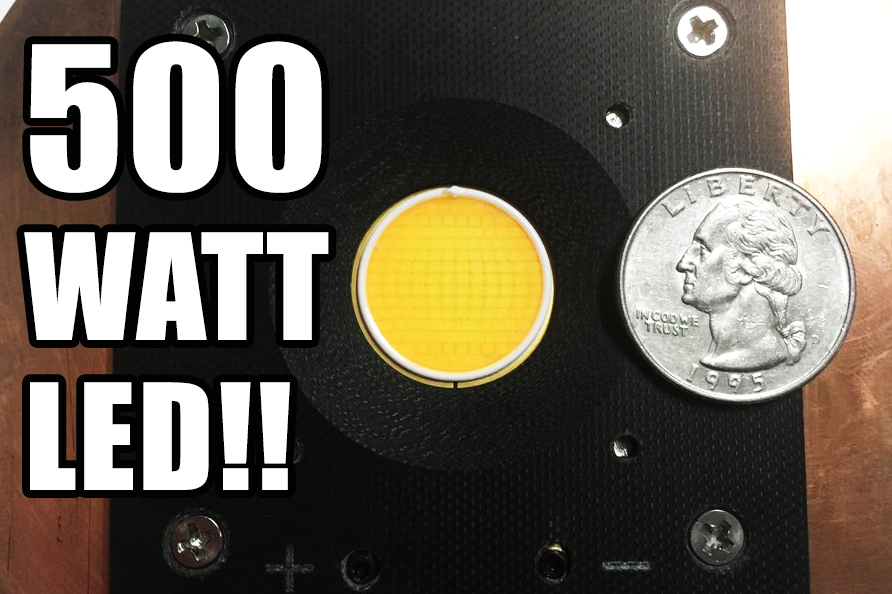 This is the very channel that first brought the 500 watt COB multichip to our attention, in this case that power was concentrated into a chip not even the diameter of a quarter! For that project DIY Perks was able to place the 500w COB on top of a heatsink packed with radiating fins and heat pipes throughout – it may have been passively cooled but it was a very large heatsink assembly. 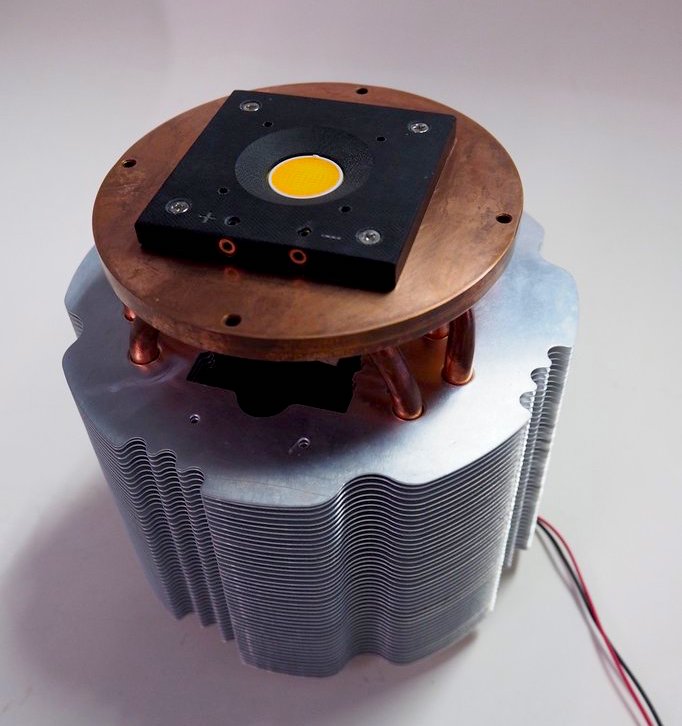 But with fifteen hundred watts of power DIY Perks had to go above and beyond to put the entire thing together and get the light working at its full power rating. Beginning with a custom made, copper heatsink and waterblock, this was then plumbed into a large assembly of server cooling radiators, with a legion of cooling fans just to cool the radiators. 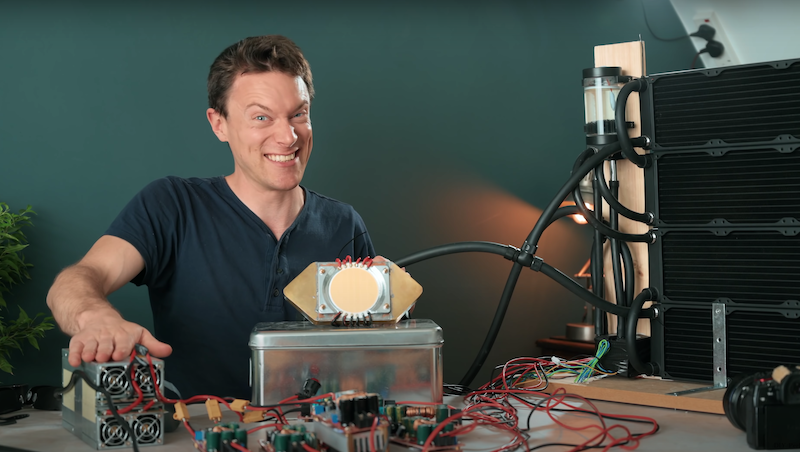 Two 1000 watt power supplies were wired into six voltage regulators and interestingly, he was able to fire up the powerful light engine one section at a time, as it doesn’t all turn on at once. While indoors it was clear that this Rube Goldberg light machine was so bright that the YouTuber wasn’t even able to look at the light reflecting from his hand.

The ultimate test of the $1300, 1500 watt COB LED by Yujiled would be to take it outside at night but as you could have guessed by the tangle of wires, fans, tubes, power supplies and electronics, there was a problem with one of the components, so he was unable to perform the lighting test outdoors. Judging by the amount of infrastructure required to drive this massive multichip LED, it’s clear that a lighting engine such as this is beyond practical for any typical aquarium lighting application, outside the realm of Georgia Aquarium’s multi million gallon Ocean Voyager exhibit.