Pseudanthias timanoa is a new species of anthias just described from New Caledonia, but the aquarium hobby has known about this unique fairy basslet for some time now. Way back in 2013 when Pseudanthias privitera and P. aurulenteus were all the rage, the similar looking ‘Sunrise Anthias’ started making its first appearance in the aquarium scene.

The Sunrise Anthias now known as Psuedanthias timanoa grows to an average for comparable species in this subgroup of the genus, reaching around 50.0–79.1 mm or around two to three inches in body length, plus a fancy tail and all its lobed streamers and extensions. Like other ‘fancy’ anthias P. timanoa occurs just beyond reasonable depths for SCUBA diving occurring mostly at depths between 100 to 200 meters, or around 330 to 660 feet deep.

Since fancy fish collectors have already enjoyed this species in the aquarium world before, we already have plenty of documentation of its appearance both in photos and in the video above. Although it’s been quite some time since we’ve seen the newly minted Pseudanthias timanoa available, it is quite similar to the much more commonly available yellowspot anthias, P. flavoguttatus, and Lori anthias, P. lori, but it can be distinguished by a pronounced large red spot straddling the base of its tail. [JOSF] 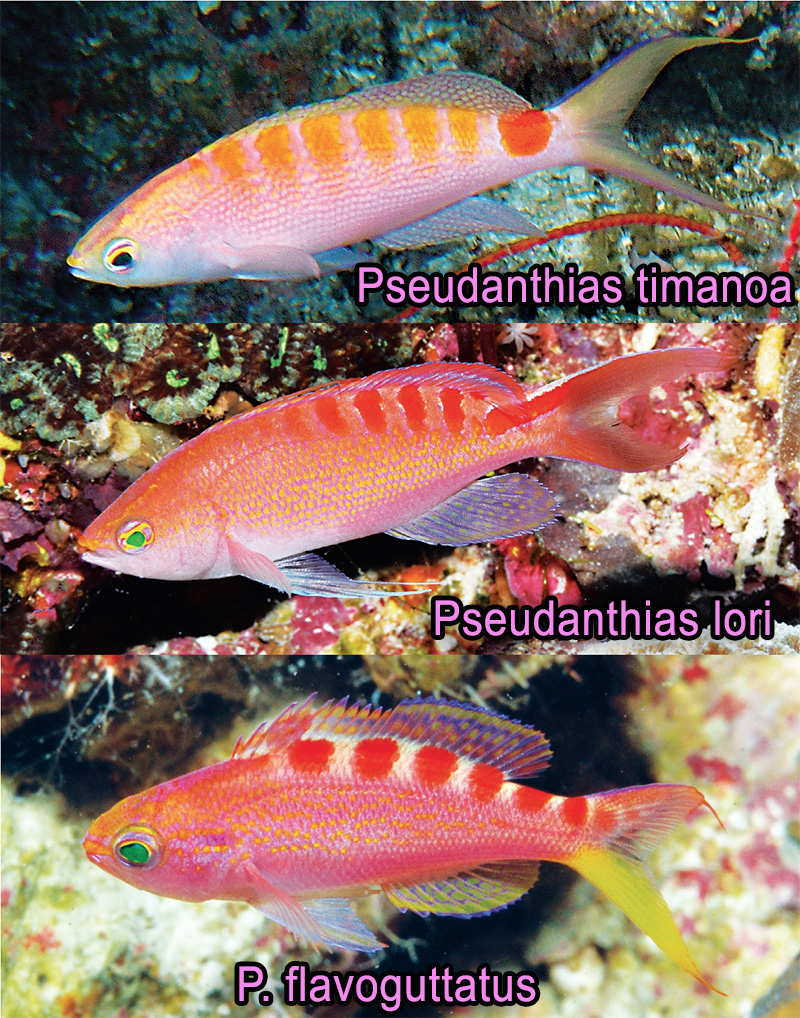 Manganese and Nickel could protect corals from climate change

Rare Australian Ornate Boxfish On Display At The Birch Aquarium