One behavior that separates humans from other creatures is our propensity to domesticate different animals for our own benefit, but it turns out we’re not alone. It’s well known that some insects such as ants and termites ‘farm’ fungus and even aphids but it turns out one damselfish has been cultivating a whole microcosm all its own.

One of the big problems of reef degradation is the explosion of damselfish population due to their predators such as groupers and large predators being removed by human fishing. The reason this causes problems for coral reef ecosystems is that they like to farm hair algae, and they will scrape off the base of stony corals to make room for algae to grow, and as any reefer knows, hair algae and stony corals are not a good match. 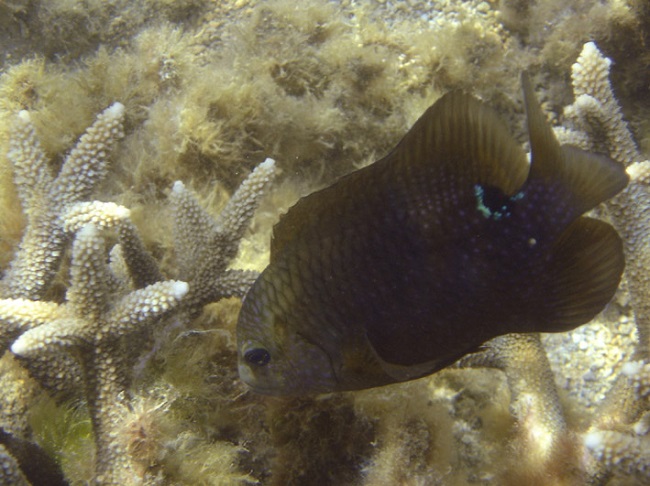 That negative association aside, it turns out that these algae-farming damselfish have also been culturing another critter alongside their turf algae farms, mysis shrimp. For a while now scuba divers have noticed that the turf algae of longfin damselfish, Stegastes diencaeus, is often obscured by clouds of mysis shrimp, but no one ever knew why or if this was really a direct association or a coincidence.

Through transects, surveys and observation it was determined that the swarms of mysis shrimp are more likely to be found alongside damselfish algae turfs, but now the question remains is why? In an aquarium setting the damselfish would eat the mysis shrimp as fast as they could get them into their mouths, but apparently the predator-prey relationship is very different in the wild. 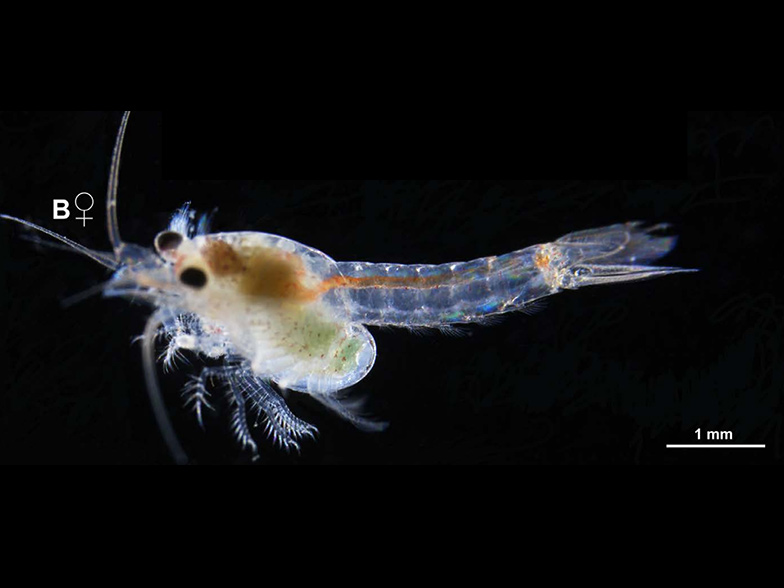 The researchers determined that the quality of the turf algae was correlated with the presence of mysis shrimp swarms and it is believed that the shrimp provide a degree of fertilizing nutrients for the algae. So the damselfish don’t actually harvest and eat the mysis shrimp, but instead provide protection from other predators in exchange for their algae-enhancing benefits.

This is apparently the first case of a vertebrate farming another animal species besides humans, and for as much research as we pour into marine and reef ecology, we still have a lot to learn about the interactions of the complicated food webs of these ecosystems. [PhysOrg]