Geo’s Reef is one of the oldest brands of acrylic reef aquarium equipment in America and their designs have been thoroughly fleshed out over a couple decades in the hobby. For most of this time the layout of the plumbing and the pumps have been fairly stable but a new refresh to the calcium reactors which include DC controllable pumps is really doing it for us.

Functionally, the new DC editions of Geo’s Reef calcium reactors are no different from their current offerings, water still flows in and out the same way, but it took us some time to figure out why we fell in love with the way they look. The thoughtful use of 45 degree elbows with furniture grade fittings, and measured amounts of blue PVC, makes a much more appealing plumbing layout which elevates the pump from sitting next to the calcium reactor.

We are really enamored with how the pump appears more ‘in-line’ than before and it may only be a mostly window dressing, but the more significant change is that this new pump is the future DC workhorse pump of the aquarium hobby. We’ve been using the Platinum Blue DC pump on a range of tank sizes, and even in the Dalua Great White DC skimmer for over a year now, and we can’t think of a better “utility” pump to turbocharge Geo’s Reef calcium reactors. 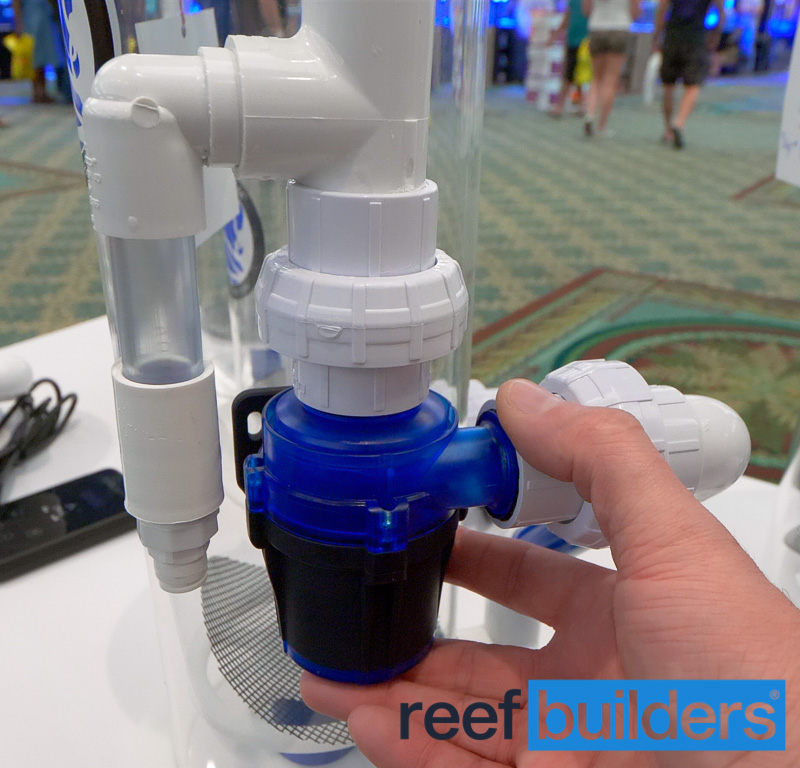 To be perfectly frank, the current generation of Sicce AC pumps that Geo’s Reef has been using are absolutely more than sufficient for powering and circulating a calcium reactor and other devices, and calcium reactors using them will work exactly the same as before. However the newer DC controllable pumps and the sine wave signal that powers them results in the kind of substantial noise reduction that is unmatched by nearly all typical AC powered water pumps.

It’s not just the quiet operation that makes the DC edition calcium reactors better than before, obviously the controllable nature of the DC pumps will give users the option to fine tune the flow speed in their reactors depending on what kind of coarse or fine filter media they are trying to dissolve. This controllability option is probably most useful for powering different types of media reactors but we’re very much looking forward to dialing one of these new calcium reactors for ourselves. The new DC edition Geo’s Reef calcium reactors will cost a nominal premium over their predecessors but if you already have a recent model, there’s also a $225 upgrade kit that includes both the new Platinum Blue DC pump and the required parts to achieve the revised plumbing layout.

Reef Shows are Back Baby! Video Tour of Reefapalooza Orlando

How to Cycle a Reef Aquarium Right Away - With Corals First

May 24, 2021
Site Sponsors
Reef Builders is Supported by: