When we stumbled across some huge colonies of Echinopora ashmorensis growing like a field of tubes in New Caledonia, we had no inkling that we could encounter this morphology again in a different species of stony coral. Unlike the Echinopora and another species, Leptoseris tubulifera, which are well documented to develop tubular branches, we were shocked to discover that the humble elephant skin coral, Pachyseris, also has the ability to throw out this cylindrical growth form. 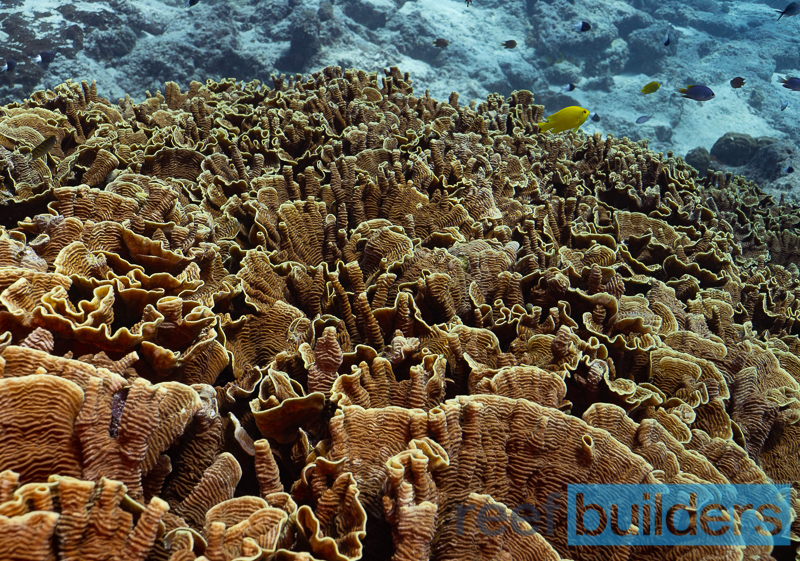 Pachyseris is one of the most common and widespread stony corals across coral reefs of the world despite being all but ignored in the reef aquarium hobby for not displaying any fluorescent colors.  We’re all the poorer for it because the unusual textures and growth forms make for fascinating observation and provide a nice contrast and ‘supporting role’ to some of the more showy species of stony corals. 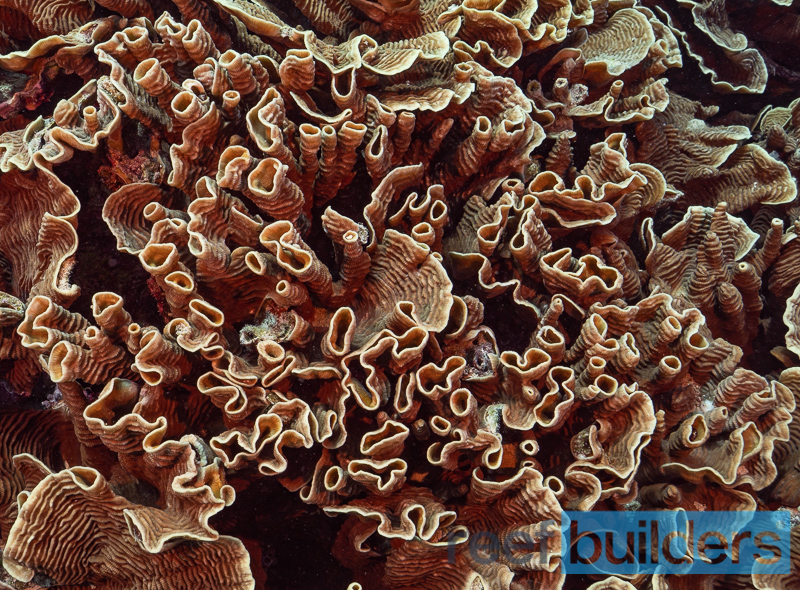 We observed the development of these branching tubes in one very large colony of Pachyseris speciosa and to our surprise some areas of this 10 foot wide colony were all the classic plating whorls. While some areas had convoluted into a near complete tubular cluster with some folding and irregular outlines to the tubes akin to figure 8 the coolest areas were where the tubes simply appeared to spring up from the tiers of plates like randomly placed living columns.

We’ve been scratching our heads as to why the tubular branches were abundant in some parts of the colony and totally absent in others, or why New Caledonia seems to be a hot spot of corals growing in such an unusual way. These surprising observations just show that there’s still a whole lot we don’t know about most corals, underscoring the importance of exploring corals in their natural reef environments while aquarist should experiment more with keeping different species of corals. 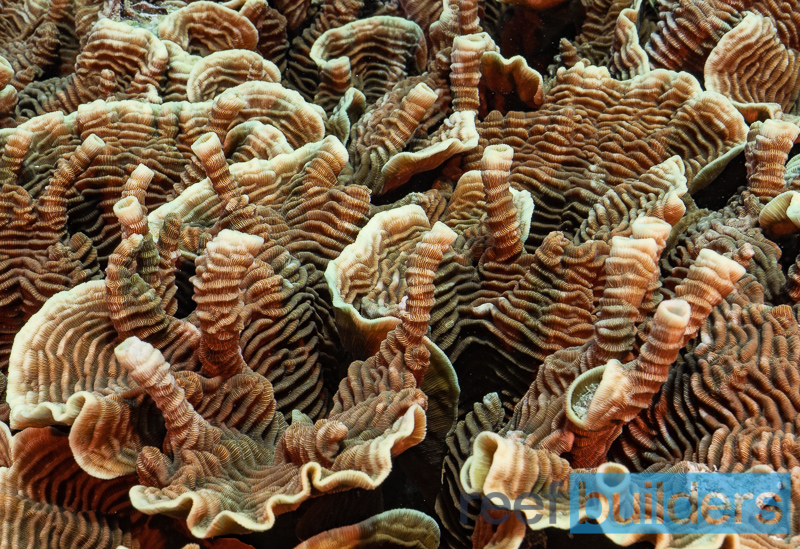 Adding a New Fish to A Boisterous Saltwater Aquarium Display