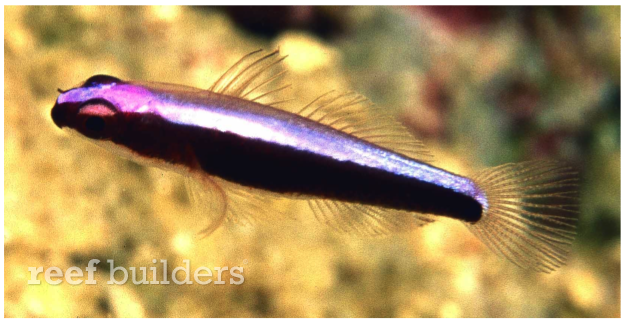 The purple-back nano goby, Eviota dorsopurpurea, is a stunning new species of Eviota that was recently described from specimens collected around Papua New Guinea. Eviota dorsopurpurea is closely related to the species in the Eviota nigriventris complex, including E. dorsogilva which was described in the same paper.

As the name implies, the purple-back nano goby has a beautiful metallic purple patch of color on the dorsal side of its body which is boldly contrasted by a dark black band on the bottom of the body. What is particularly exciting about the purple back nano goby is that with collection efforts in PNG being picked back up by EcoAquarium PNG, we may actually see this Eviota dosropurpurea in the aquarium trade sooner rather than later.

Eviota dorsopurpurea and E. dorsogilva are described in the latest release of Zootaxa by David Greenfield and John Randall.

Orange Scolymia are in season at Cherry Corals