Their alluring cuteness beckons from across the LFS. At just a few inches in length and sporting dazzling colors, comical polka dots, interesting morphology, or fascinating finnage, they’re practically irresistible to the average marine-aquarium hobbyist looking to acquire a show-stopping specimen. The only problem is, it’s all a cruel ruse. Give in to the temptation to buy one of these dazzling, diminutive beauties on impulse, and you may have serious trouble ahead.

I’m talking about marine fish that are typically offered for sale as adorable juveniles but, unbeknownst to the impulse buyer, mature into big, bruising adults. In some cases, these species prove to be way too much fish for the average hobbyist to manage. Or they may be poorly suited to captivity in general. Here are five of the usual suspects:

With their waggling swimming style and stunning coloration, consisting of white spots and blotches against an orange background, juvenile harlequin sweetlips (Plectorhinchus chaetodonoides) are almost too cute to pass by. Trouble is, those beautiful babies mature into over-two-foot-long (though arguably not unattractive) adults—that is, if you can keep them alive long enough. P. chaetodonoides is notoriously sensitive and difficult to wean onto a captive diet, often starving to death as a result. 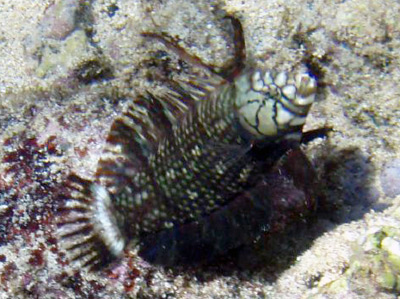 Juvenile rockmover/dragon wrasses (Novaculichthys taeniourus) sport a comely mottled coloration and two greatly elongated dorsal spines that vaguely resemble a deer’s antlers—hence another of this species’ common names, the reindeer wrasse. But alas, those spines recede and this wrasse loses its cuteness, growing into a foot-long, much more aggressive adult that, as the name rockmover implies, has a penchant for upending rocks and rubble in search of prey items underneath. Adult rockmover wrasses are still good looking in their own way, but they’re a far cry from the juveniles in appearance, size, and demeanor. 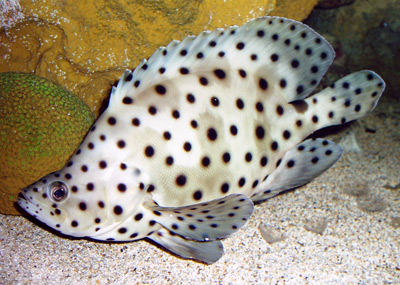 The is another polka-dotted species (in this case, dark spots against a whitish to light-brown background) that, as a couple-inch-long juvenile, often tempts hobbyists into making an impulse purchase. This species is very hardy and adapts well to aquarium conditions, so it’s not problematic from that standpoint. However, it grows rapidly and achieves a maximum length of over 2 feet, ultimately necessitating a very large tank. 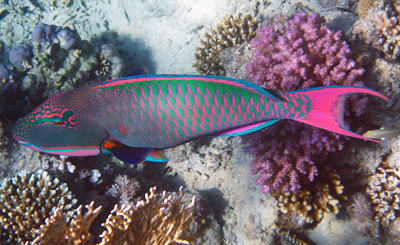 The bicolor parrotfish (Cetoscarus bicolor) is typically sold as a juvenile, exhibiting creamy white overall coloration, a swath of orange on the head and obscuring the eye, and a black ocellus ringed with orange on the dorsal fin. There are two major problems with keeping this species. First is its diet. C. bicolor feeds by scraping algae from hard substrates and grinding up stony corals. Most adapt poorly to captive feeding. Second, this parrotfish gets very large—about 2½ feet—and requires an aquarium in the hundreds of gallons as an adult. I should also add that, while the adults are very beautiful, they bear no resemblance whatsoever to the white-and-orange juveniles. 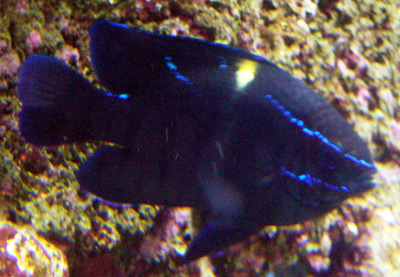 Several damsels belonging to the genus Neoglyphidodon make their way into the aquarium trade as tiny specimens sporting gorgeous coloration. But these little jewels soon mature into 5- to 6-inch, drab-colored brutes that are belligerent with a capital B and make life miserable for virtually any tankmate. The ultimate bait and switch, some would say!

Touring the inner workings of the Thrive Water Lab