Helioseris cucullata is a Caribbean coral with a one of a kind appearance. You can easily spot this coral by the cup or nose-shaped corallite that always points to the exterior of the colony. Helioseris has several growth forms and color combination, but will always have the same distinct outward facing corallite shape.
Helioseris is a plating coral so it will be attached at the center and then grow outwards from that point. Sometimes the plates start turning upwards into small spirals or secondary plates creating several layers on a single colony.
Note: if you are looking for this coral in an older coral identification guidebook, or online resources it will most likely be called a Leptoseris. Before 2012 this coral was called Leptoseris cucullata, but after molecular analysis, it was placed in its own genus Helioseris.

We’ve already talked about the different terms you can use when identifying corals like polyps, corallites, valleys, and ridges. You can also read more about basic coral biology for a coral ID article I wrote for Scuba Diver Life.
We want to take these basic coral biology terms one one step further and introduce three new terms. Septa, Costae, and Septocostae. In this picture, you can see the white star shaped polyps sitting inside a corallite. But these corallites aren’t perfectly round instead they are shaped like a nose. 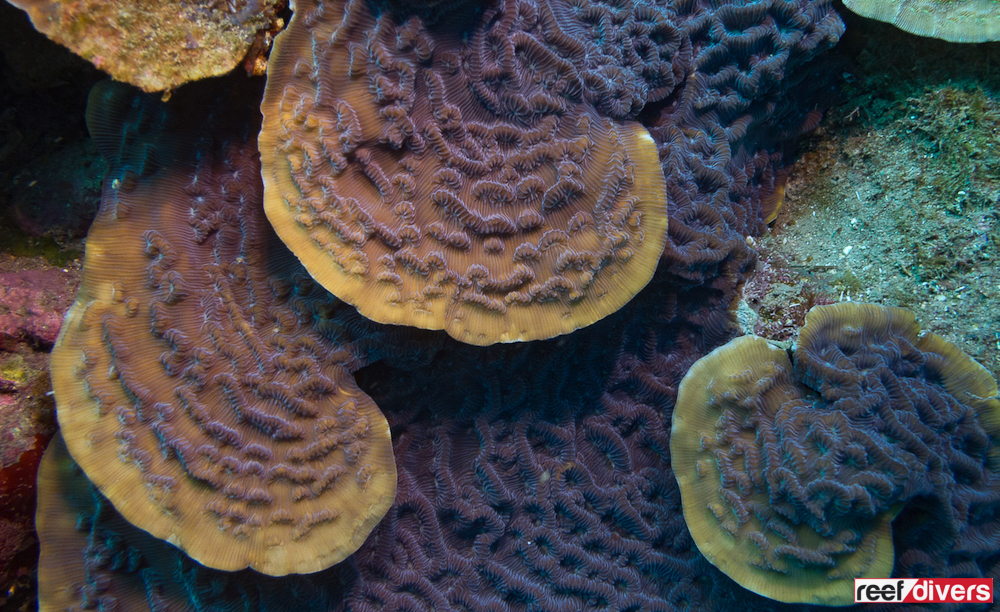 The common name for this coral is the Sunray Lettuce Coral. Helioseris is part of the Agariciidae family some of which are also called lettuce corals. We guess the sunray name comes from the dark purple which fades to a soft yellow sunset at the growing edge of the coral.
You can find this coral in shades of Purple, Brown, Blue and Yellow and the color will also depend on how deep you find it, wethers its hidden inside a cave, or if you’ve brought an external light. Helioseris is a common coral and you can find it from 10m (30 feet) down to 40m (130 feet). 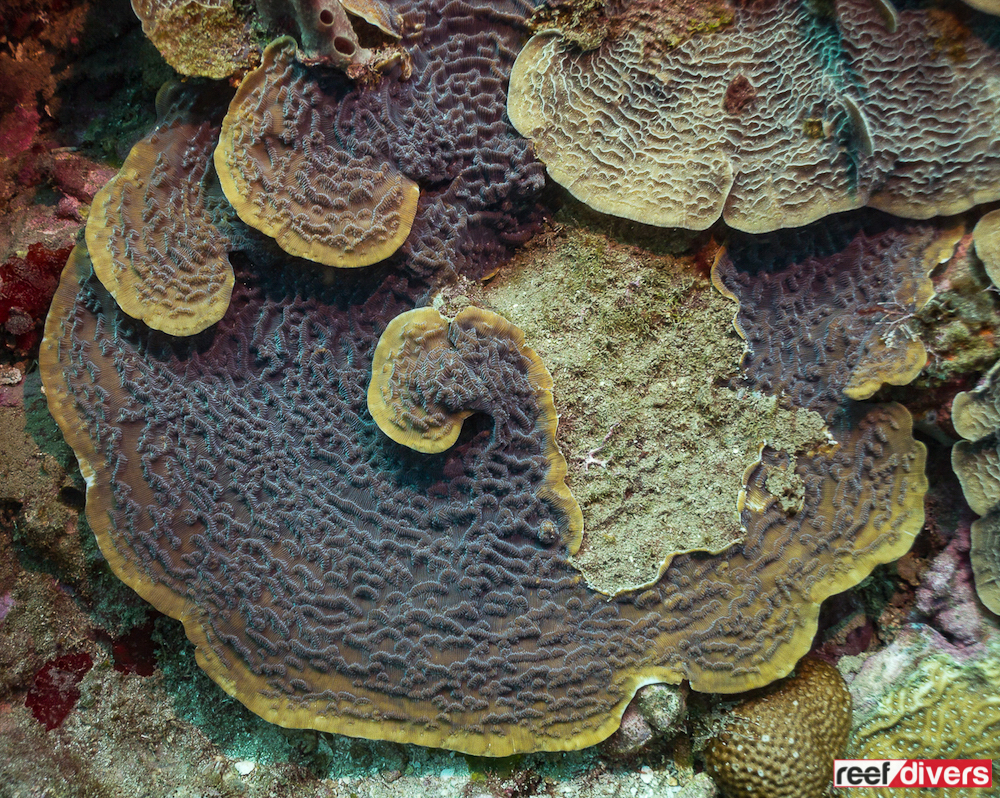 The best resource online for looking up identification terms is the Coral Hub. If you’re serious about coral ID, we recommend bookmarking the terms page on the Coral Hub.
The Coral Hub is part of the Coral Finder Toolkit by Russell Kelly. This is an indispensable resource, and I would highly recommend buying the underwater guidebook. The ToolKit is made for identifying Indo-Pacific corals, so you won’t find any Caribbean corals, but the scientific terms for identifying structural features are all the same.