Eucheuma Algae Is a Perfect Mimic of Staghorn Coral

Mimicry is a very important part of survival of the fittest, both on land and in the sea. Usually we tend to notice mimic anemones transforming its appearance to look like a wide range of corals and algae, but today we want to share with you an algae that mimics corals!

This awesome observation was shared on our sister site ReefDivers and it shows a how remarkably one group of algaes has evolved to resemble shallow water, staghorn corals. In some photographs of Eucheuma growing between staghorn Acropora branhes the resemblance is uncanny and it’s hard to know which is the model and which is the mimic. 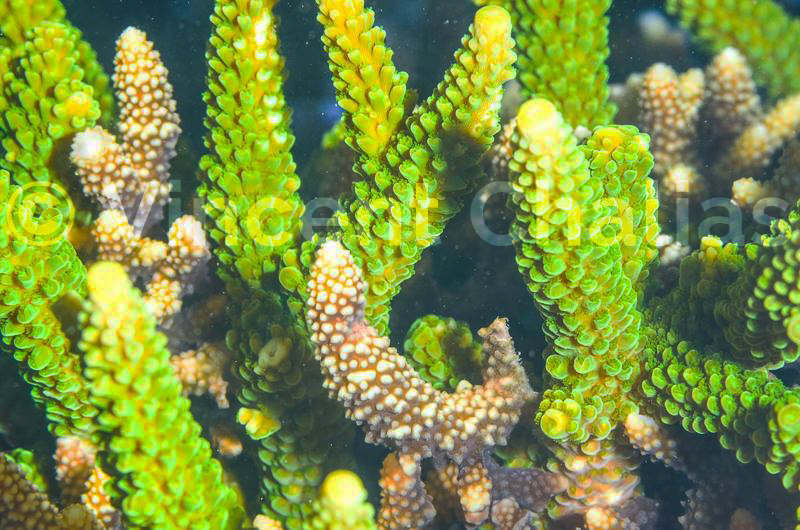 “Mimic algae (Eucheuma arnoldii), was first described from the Philippines in the early 70’s,and more recently from North-West Australia. Eucheuma arnoldii is a species of fleshy, noncalcified, red algae that mimics the form of Acropora branches with bumps resembling corallites and a tapering branch appearing to have an axial corallite”

Even in close inspection Eucheuma algae very closely resembles these Acropora yongeii corals down to the distinct radial and prominent axial corallite. Interestingly we don’t think we’ve ever seen this algae growing in a home aquarium but it’d be super interesting to find out how it looks in a display setting, and whether it can compliment staghorn corals without completely overgrowing everything. [Full Story] 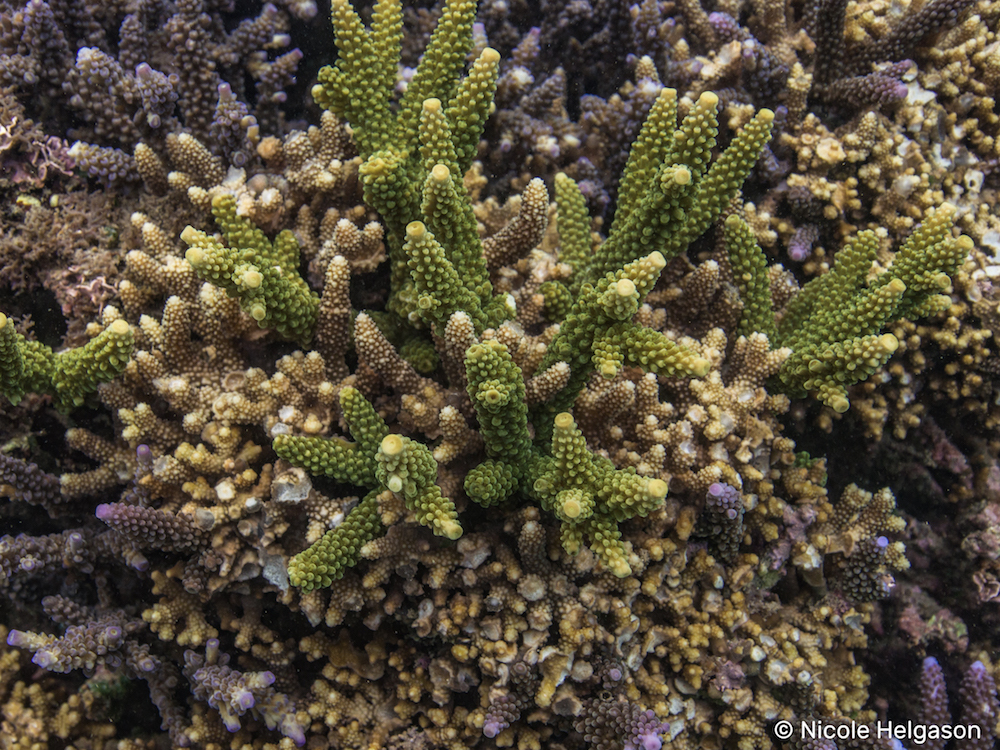 Come See The ReefBot by Reef Kinetics at Reefapalooza This Weekend!