Aquarium Makeover of a Red Sea Max at Nature Aquariums

When you have more than one reef tank to look after, it’s easy to let the style and arrangement of the corals, and the maintenance, slip a little bit. This is especially true in fish stores with lots of displays where it might be hard to prioritize your attention to the smaller details. 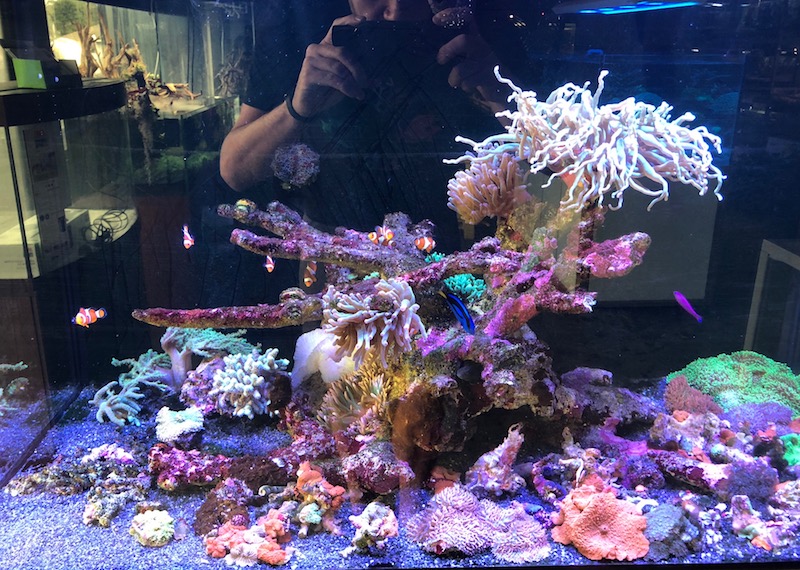 While visiting Nature Aquariums in Melbourne, Australia last week I was invited to spruce up a Red Sea Max 400 aquarium in their show room. Functionally this reef system was in great shape, the animals healthy, but it had turned into a catch-all for a variety of mixed shrooms. The showcase animals in this reef tank were anemones but they had long since crawled all over to where they wanted to go.

Thankfully Nature Aquariums had just received a huge shipment from three of Australia’s best coral suppliers so there were lots of corals to aquascape with. The first item on the agenda was to remove all the loose rubble and floating shrooms and put them somewhere else in the shop – another advantage of scaping in an aquarium stores is that there’s lots of extra tanks to shuffle corals around. 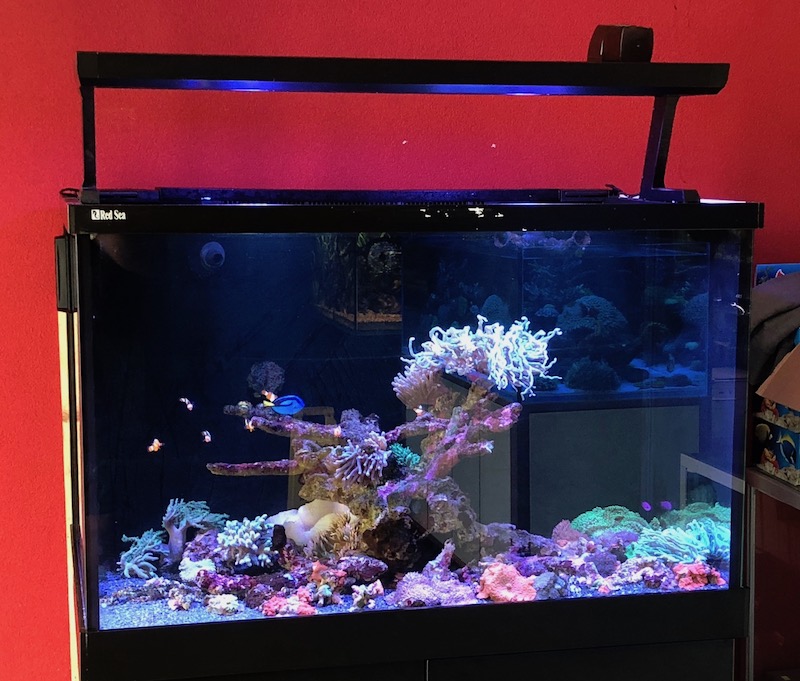 Once all the unecessary corals had been removed, I arranged the few branching rocks into a structure that I thought would be most conducive to making a unique aquascape. Fortunately for me the primary rock is an assembly of several branch rocks cemented together so this really served as the foundation for this reef aquascaping makeover.

Without using a single ‘show specimen’ of coral, several clusters of common corals were arranged to create a scape which has a prominent feature that is noticeable from across the show room. Besides the regrouped bubble tip anemones, a grouping of Pocillopora was created to form the left side of the pinnacle. For supporting actors I made a little grouping of Prism Goniastrea on one of the front sides, a couple of maze Goniastrea on the other side, and a small field of long tentacle plate corals behind them. 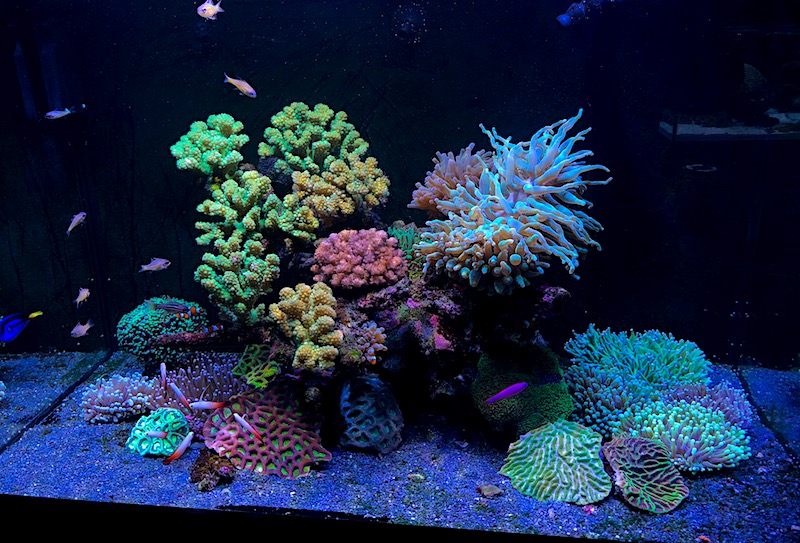 Once the aquascape was completed one of the finishing touches was to add a little bit of carbon to the sump to help clear the water. The final step was to add one more Hydra 26 and positioning it over the light-loving Pocillopora to make sure they grow strong and bright.

I wasn’t sure which direction this reef scape was going to take but over just under half a day of letting the display ‘speak to me’ this messy reef was turned into a show tank that I hope will serve as inspiration for visitors to Nature Aquarium, as well as reefers who are interested in doing something more aesthetic with their own tanks.

How To Grow The Most INTENSE Purple Rim Monti Cap