Porites cylindrica Habitat Found Around The Island of Rao

Porites, porites, porites, this is a common coral genus found in all the worlds oceans. Porites is a hardy coral growing in a number of forms, and to identify this coral genus you just have to repeat the name “Porites” to remember what sets this coral apart from the crowd, small corallites that look like pores covering the surface of the coral.
But longtime reads of this blog might be ready to graduate, and to a move advanced coral spotting level, going beyond the broader genus group and narrowing down your search to the species level. Becoming an expert in coral identification, at the species level, takes years to master, and personally I am still on this path, however, there are some key resources which can help you narrow down the search. One of the most classic coral resources is the book Corals of the World which also has a searchable online platform. 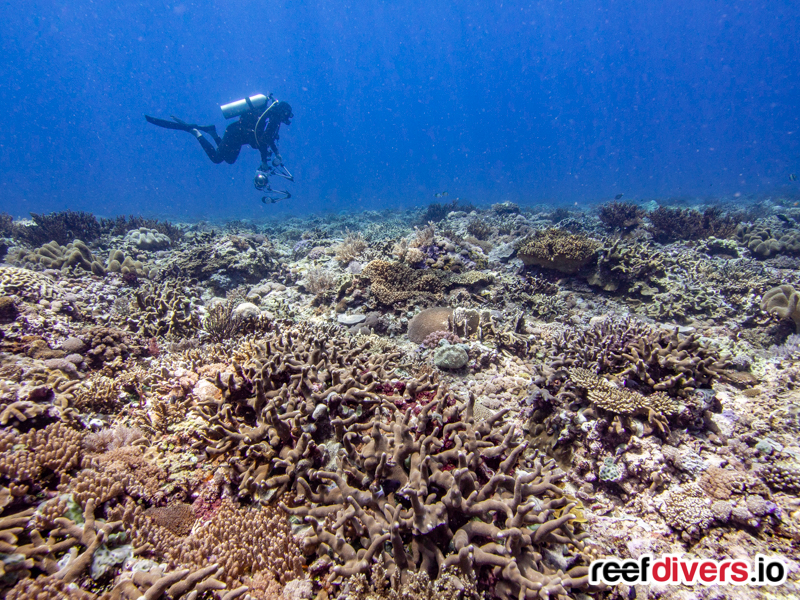 While scuba diving in Rao Indonesia earlier this year I came across a unique coral habitat with large areas of the reef covered in these thick branching Porites corals. I had never seen a habitat quite like this before so I was sure to snap as many pictures as possible.
The reef was between 6-12m deep along a sloping coastline. The reef was near the island of Rao in a channel of water between Rao and Morotai island. I knew right away I had spotted a Porites coral but it took a little bit of investigation above land to know I had spotted Porites cylindrica. 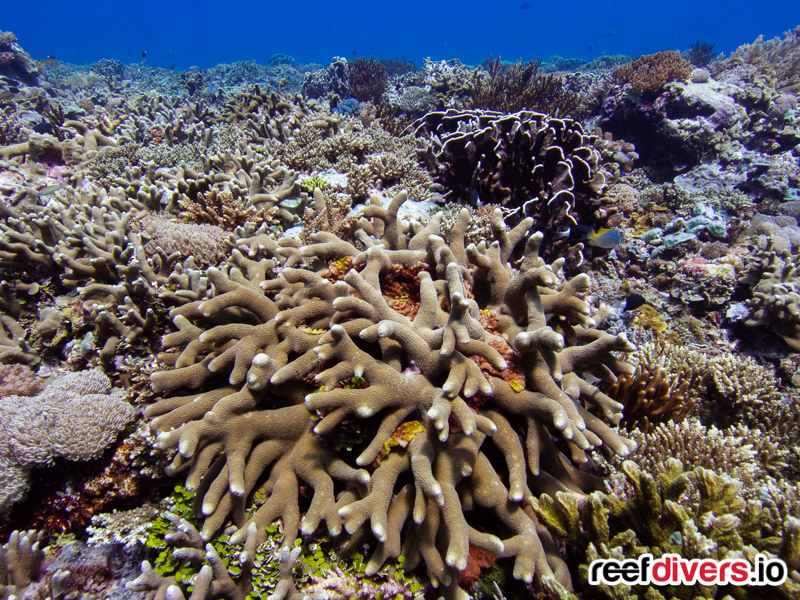 Colonies of Porites cylindrica are branching, sometimes with an encrusting base. Corallites are shallow giving branches a smooth surface and the color is usually cream, yellow, blue or green. Porites cylindrica may be a dominant species in lagoons or on back reef margins and we most definitely found their preferred habitat while diving around Rao island.
Porites cylindrica is an easy coral to remember because the name is just about as descriptive as they come! This coral has short cylinder-shaped branches with a smooth surface, and the tiny corallites are embedded in the skeleton making it look as though they are covered in tiny pores, hence the name Porites cylindrica.
While diving this underwater forest of Porites we search for rare color varieties or unique colony formations and what stood out the most were these brilliant blue colonies. Next time you head out for a dive in the Indo-Pacific keeps your eyes out for this shallow, hardy species, and if you’re lucky you may even spot one of these bright blue colonies. 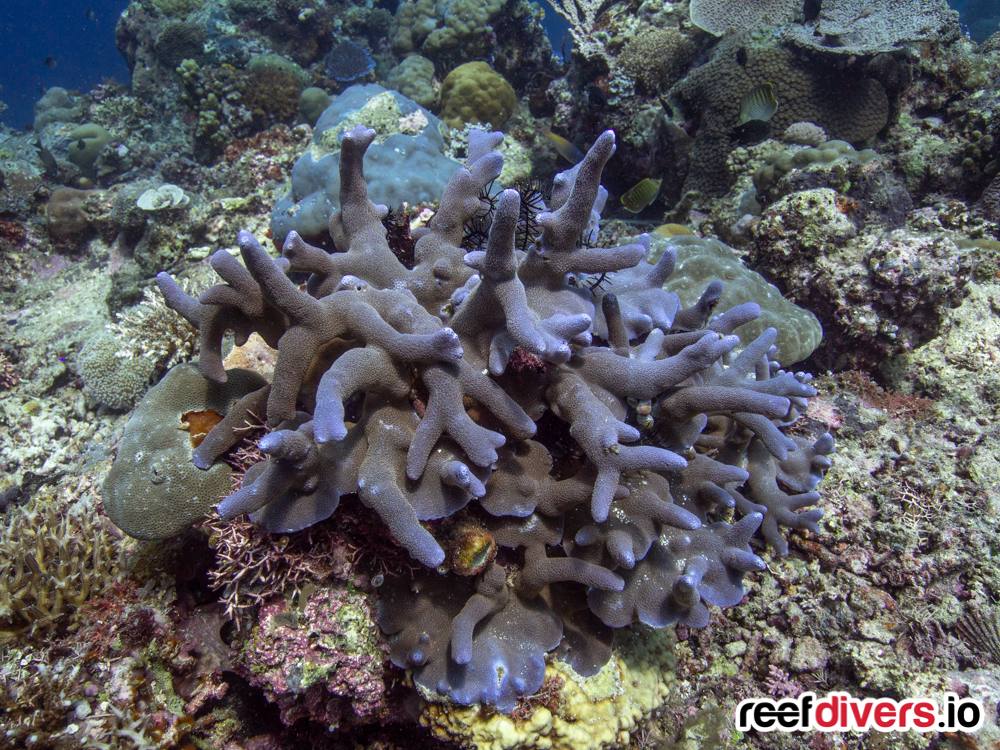 Eshopps X-750 is their first with a Controllable Sicce PSK