The Neptune Systems GRO LED is a ‘new’ light recently announced by the Morgan Hill, California based aquarium company. The GRO is a flat panel of medium output LEDs that was designed specifically to grow macroalgae in a sump environment but this light wasn’t designed by Neptune Systems, it was on the market for many years as the Zetlight E200S Macroalgae light. 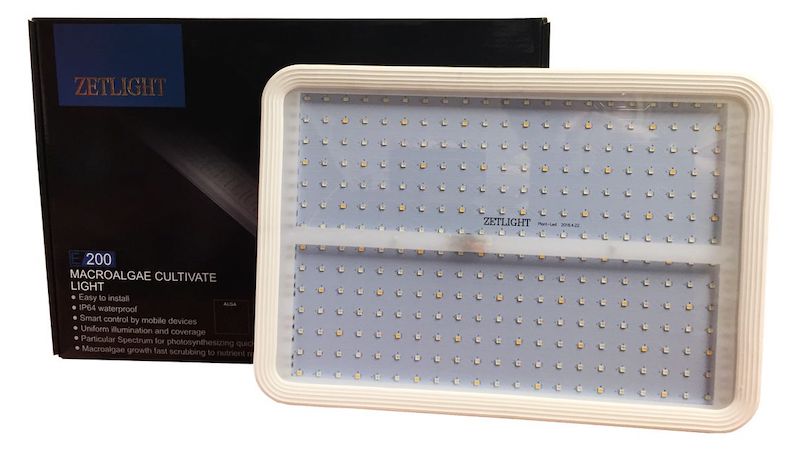 Zetlight makes two versions of this flat panel LED light for macroalgae growth, a 55 watt E200 and the smaller 20 watt E200S on which the Neptune Systems GRO is based. Both of these Chinese LED lights were available for $199 and $149 respectively but conveniently became out of stock on most major American saltwater aquarium vendors shortly before yesterday’s announcement by NepSys.

We don’t look down on U.S. companies seeing the potential in mass market commoditized products and finding ways to add value and functionality to them, and bringing them to the attention of a wider crowd. Some good examples of remixing existing products include the Neptune Systems AFS derived from the Lifegard Intelli-Feed or the Otohime-based Crossover Diet but the Neptune Systems GRO is a near identical light in a different box. 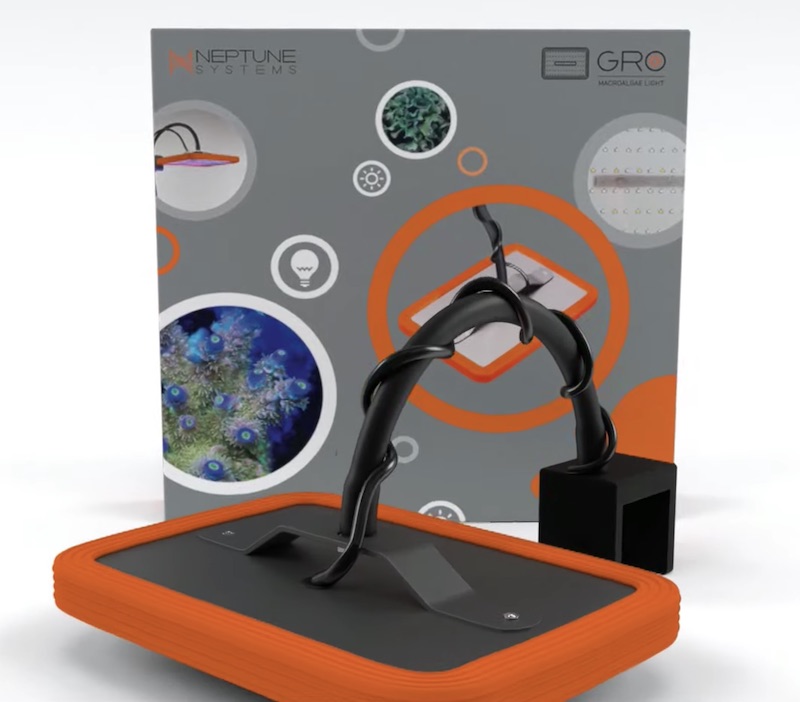 Besides having an orange bumper and an option for a pipe mounted clamp, the Neptune Systems GRO doesn’t really build on or improve the original light in any meaningful way (the IP rating might have increased a tiny bit but it was splashproof to begin with). The Neptune Systems GRO is priced at $129 without a power supply so that it can plug directly into the power supplies already built into the Apex EB832 to power simple aquarium devices like modules and small feed pumps.

A separate power supply for the Neptune Systems GRO is only $19.99 bringing it right inline with the original one hundred and fifty dollar price of the Zetlight E200s fixture which begs the question, why rerelease a light under the Neptune Systems logo at all? It would be an entirely different story if the Neptune Systems GRO led light plugged into the EB832’s controllable DC ports but with only on/off operation, you might as well plug in this or any other macroalgae light into the Apex’s world-famous timer outlets. 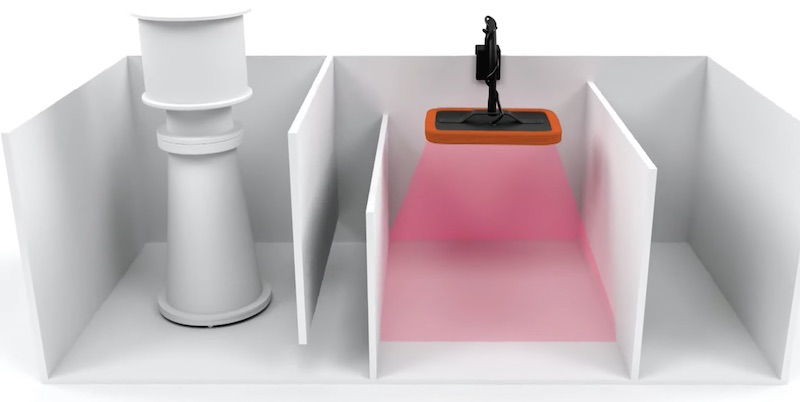 Surely it’s no coincidence that the original Zetlight E200 and E200s have become out of stock in most of the U.S. market but you can probably still find the Chinese original from some low cost aquarium specialists, with the power supply. We definitely heard the light referred to as the Sky LED on the livestream product “announcement” so if Neptune Systems likes the Zetlight flat panel LED it doesn’t take too much imagination to speculate that the larger 55 watt Zetlight E200 could be the basis for the forthcoming Neptune Systems SKY LED.

Truth be told it doesn’t take too much light or a particular spectrum to grow . . . ALGAE . . . so a lot of different lights will work but a water resistant panel like the Zetlight E200/E200s is a decent one for Neptune Systems to rerelease. We know a thing about growing massive amounts of Chaetomorpha for nutrient export but for an in-sump light we vastly prefer the waterproof & dimmable Tunze LED Refugium light for its versatility and much lower cost.