The bristlemouth surgeonfish of the Ctenochaetus genus are some of the most perfect aquarium fish with a size, behavior and disposition that seems tailor made for a life in a reef tank. There are many species available in the aquarium hobby but today we want to take a look at the twins of this group which have very disparate natural distributions in the wild.

The yellow eye kole tang, Ctenochaetus strigosus, and the Indian Gold Ring or squaretail tang, Ctenochaetus truncatus, are two very similar looking fish with yellow eyes and a chocolate brown body. The former used to be one of the most common surgeonfish in the saltwater aquarium hobby but the latter species has now become the stand-in becoming more commonly available in recent years. 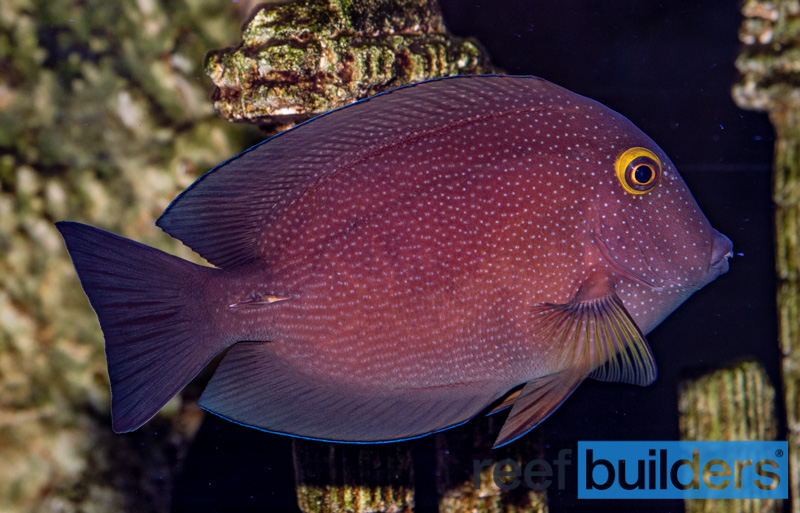 The squaretail tang, as the name suggests, has an uncharacteristically flat edged caudal fin within a genus of surgeonfish which mostly have lyre shaped tail. The body color can range from light brown to almost dark mauve in coloration with a yellow eye ring and small spots all over the body.

The light colored spots can sometimes appear bluish but the yellow around the eyes is much smaller than in the better known kole tang. Despite their very similar appearance, the squaretail tang lives very far from the Pacific Ocean range of the Hawaiian endemic being widely distributed throughout the Indian Ocean so there’s no real chance of discovering natural hybrids of the two in the wild.

The Kole tang, Ctenochaetus strigosus, was once one of the most common saltwater aquarium fish in the hobby being collected from Hawaii but the supply has since been completely cut off when ornamental fish collecting was banned in the Aloha state. This rich brown colored surgeonfish has thin blueish stripes over most of its body which turn into spots on the face, and a bright yellow patch covering its eyes.

Once selling for around $50 or less the kole tang is not exactly a showcase fish when it is young with only its eye patch providing any sort of color to its overall appearance. It might be a subtle beauty when the fish is around three to four inches long but as it matures the blueish stripes become more pronounced, the unpaired fins become more elongated and the tail becomes highly lunate with streamers developing at the tips. 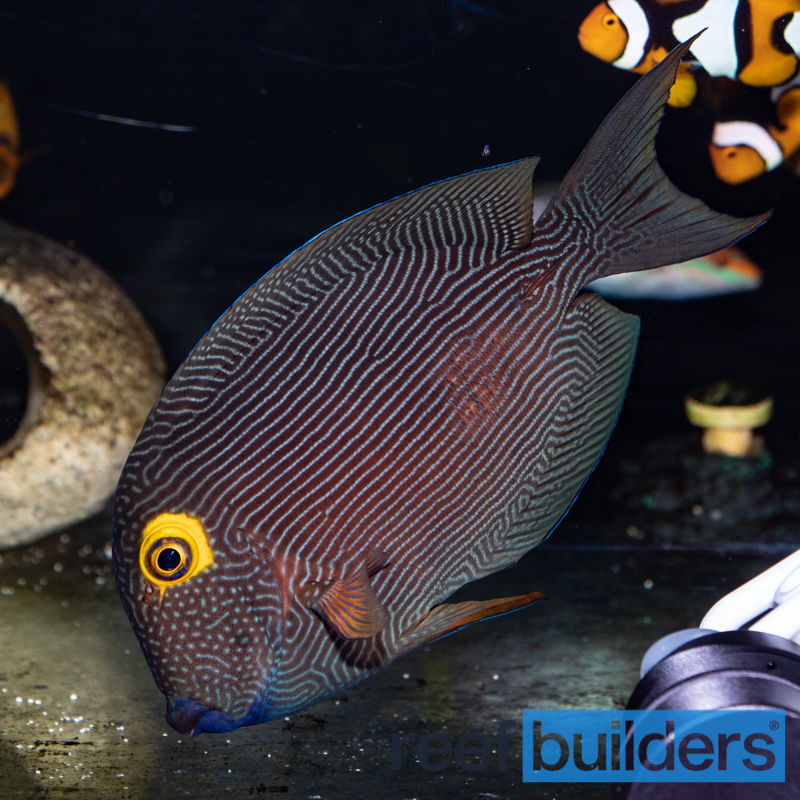 We are fortunate enough to be in possession of large kole tang which is just a few centimeters shy of its maximum size of 18cm or seven inches, and its mouth is showing a lot of blue while the pectoral fins are a catchy light orange under ideal lighting. We’ve seen thousands of kole tangs and even kept a few in the past but we had no idea how beautiful Ctenochaetus strigosus can become when large and mature, so it’s a shame that these are no longer widely available in the aquarium hobby.

The bristlemouth tangs of the Ctenochaetus don’t get nearly as much fanfare as their Zebrasoma and Acanthurus relatives but they are even better at eating algae, being (relatively) docile, and not outgrowing the average home aquarium. There are many other species in this group of nearly perfect aquarium fish so if you’ve never kept one before definitely give them some consideration the next time you come across them at your local fish store.