Psuedodiploria clivosa, the Knobby Brain Coral, is the third and final species of Diploria brain coral found in the Caribbean. P. clivosa has the thinnest ridges of all three species which grow in a tightly woven pattern.
In shallow habitats, Psuedodiploria clivosa can grow into large encrusting mounds that appear to be melting onto the rocks. These mounds are covered in knobby horns and bumps which are characteristic of the species.
This species of coral is most common in shallow water. We found several dozen large colonies growing at the Ensenada dive site in Tela Honduras, all between 2m and 4m depth (6 and 14 feet). 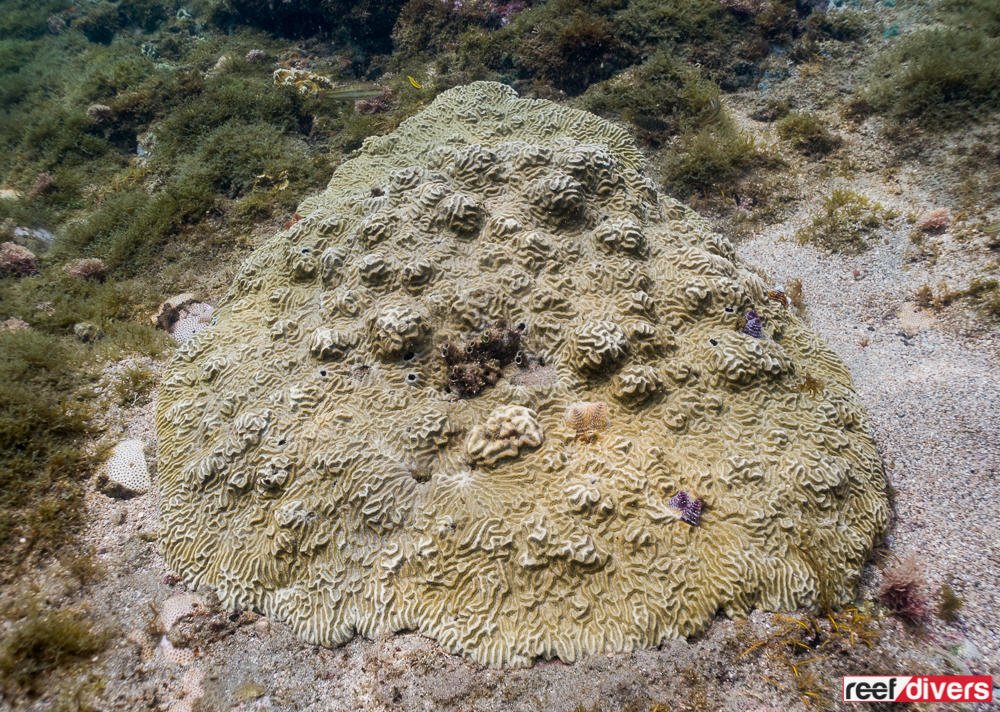 Interesting to note is that all the clivosa colonies we found in Tela had Christmas tree worms burrowed within the colony. As you approached the coral a dozen furry spirals would quickly retreat into their tubes.
There are three species of Diploria found in the Caribbean, each with its own unique characteristic. Psuedodiploria strigosa has a smooth surface compared to Psuedodiploria clivosa, the Knobby brain coral. And P. strigosa has narrow rounded ridges as opposed to the wide grooved ridges of Diploria labyrinthiformis.

This Clever Regulator Hack Will Save Space In Your Gear Room